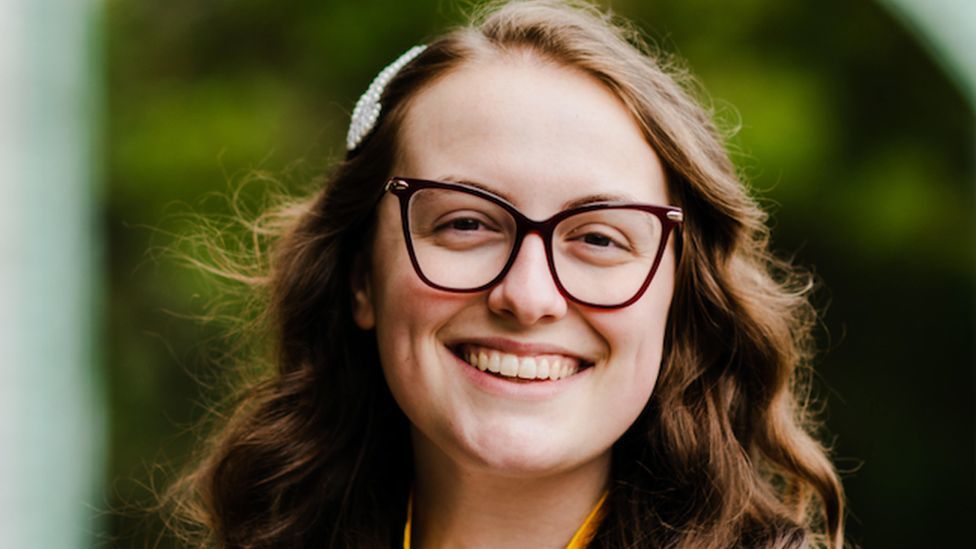 The shockwaves from the leaked Supreme Court draft ruling are reverberating across the US - in both anti-abortion and pro-choice circles.

Since Roe v Wade legalised abortion nationwide in 1973, many women have fought tirelessly to overturn it, believing the life of an unborn child begins at conception.

Others have clung to the hope that America's highest court might uphold the almost fifty-year-old ruling that allows a woman the right to choose.

We asked six women - three from each side of this debate - how they felt after reading the draft majority opinion that suggests the conservative-leaning court is poised to overturn the national right to an abortion (the court has launched an investigation into the leak).

My first reaction to the leaked document was shock that the Supreme Court appears to be overturning Roe v Wade. As a pro-life conservative, I am used to watching the American political spectrum continuously shift farther away from my values, so I was cautiously optimistic about this apparent progress.

However, I did immediately consider the likelihood of Congress reversing this decision by pushing legislation, or states reacting by passing extreme laws in support of things like late-term abortions.

If Roe v Wade is officially overturned I will have two reactions. First, I would be pleased and grateful at the Supreme Court making a decision that upholds the law and protects the sanctity of life.

Second, I would be relieved that the leak of this document did not successfully pressure the court to change its decision.

That is a direct attack on the Supreme Court's credibility and impartiality. I am worried to see the Court's process infiltrated by rogue political agendas.

Personally, I don't believe in abortion, but I think people should have a right to choose. Women should have autonomy over their own bodies, and I thought that legislating abortion was relegated to the past. The people who want to legislate abortion and regulate the matter say that they are pro-life. But they are only talking about the life of the baby before it's born, and not about the life of the baby after it's born. The same people who want to regulate abortion want to defund schools. Here in Missouri, our schools are failing. If you want to be pro-life, then you need to look at life after a child is born.

Even if the decision comes down officially that Roe v Wade is overturned, there will still be people with unexpected pregnancies.

Whether abortion is legal or illegal, there are going to be a lot of other women who, if they know that help and support are available, will happily choose life. My mission with the San Antonio Coalition for Life has always been to talk to people with an unexpected pregnancy. Our job is to make sure that we can direct them and help them by giving them the resources they need.

Our job doesn't change whether abortion is legal or illegal.

Growing up in a Catholic family, I thought abortion was wrong and that it was murder.

But as an adult, I support a woman's right to have one - 100%. Abortion is healthcare. It's a personal decision about a woman's own body.

What's happening now shows that every presidential election is the most important one in a person's life because of the Supreme Court nominations.

When President Trump was elected, he was able to get his [three] nominations on the court. So, there are consequences for elections. And this outcome is horrifying to me.

Roe v Wade being overturned will be a wonderful landmark step for the pro-life movement and defending the rights of the unborn across the country. But it's just a step - it is not the end. I believe that our end goal should be to make abortion unthinkable in this country to make sure that every pregnant mother has the resources that she needs to raise her child.

I am extremely happy at the prospect that Roe v Wade could be overturned. I think it is a horrible case and a wrongly decided unconstitutional case. And I think it is right that the court should overturn it.

However, I was disturbed with how we found out, in the form of a leaked opinion. I'm worried for the integrity of the Supreme Court in the light of this.

I think black women have been making prescient warnings that this could happen for years. People thought this issue had been decided, but threats began with the dismantling of voting rights more than a decade ago. What it represents is not just an attack on abortion but an attack on democracy. Women make up 50% of the country, but that's not reflected in Congress or the Senate, or in the Supreme Court. I'm a constitutional law professor. In the draft opinion, Justice Alito calls the history of abortion irrelevant. But that history matters to indigenous women. That history matters to black women who fought for control over their bodies, and for women who fought for the right to vote.

I think we're staring in the face of a nation that hasn't realised equality for gender and sex - and that's not debatable.

Frank N Buzzanca 275 days ago
How can you say that US women are divided when nearly 80% believe a woman has a right to choose.? I agree with what Bill Clinton said “ abortion should be safe, legal and rare”.
View all comments (1)Add comment