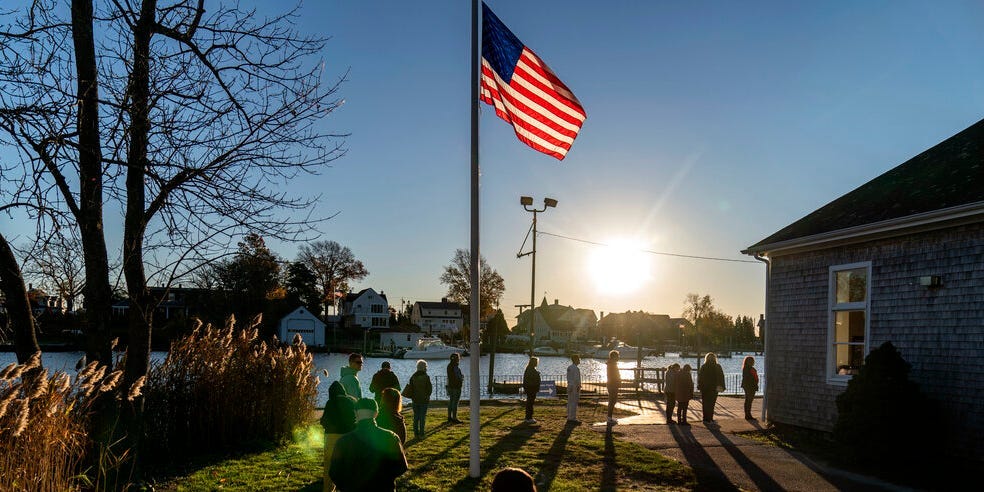 The 2022 midterms saw several candidates who questioned the results of the 2020 presidential election lose their bids for office.
A retired conservative federal judge on Saturday praised the outcome of the 2022 midterm elections, calling the results a "resounding victory for American democracy."

In a statement, J. Michael Luttig said that he didn't interpret the results through a partisan lens but based on candidates who would adhere to the US Constitution.

"For America's democracy, these midterms were the most important elections in our Nation's history. And the elections were indisputably a resounding victory for American democracy," he continued to say. "On November 8, the American People did what I observed in a series of Constitution Day speeches this fall they had the power to do: dispossess those politicians who have betrayed them, of the power that they had vested in, and entrusted with, those politicians."

"Then re-vest their power anew in political leaders who understand better than their predecessors today that they serve the American People and are obligated by the Constitution to represent the interests of the People and the Nation at the seats of government — federal and state," he added.

Luttig, who sat on the bench as a federal appellate court judge from 1991 to 2006 and was considered for the Supreme Court by former President George W. Bush, said that while his observations may have appeared to be "quaint," the importance of the midterms raised the stakes of the country's core identity.

"Just as the People vest and entrust their power in their political leaders, so also can they divest those political leaders of that entrusted power – divest the demagogues and charlatans among their leaders who have betrayed them," he wrote. "They can do this as soon as the next election, and that is exactly what they need to do."

Both candidates were backed by former President Donald Trump, who has continued to rail against his loss to President Joe Biden. Many other election deniers also lost their respective races, per The Economist.

Luttig on January 5, 2021, published a Twitter thread where he advised then-Vice President Mike Pence "to faithfully count the electoral college votes as they have been cast."

For weeks after the November 2020 general election, Pence had been repeatedly pressured by Trump to overturn Biden's 306-232 electoral victory. But the then-No. 2 refused to entertain Trump's entreaties.

In April, Luttig characterized Republican efforts to overturn the 2020 presidential election as a "dry run" for the upcoming 2024 contest.

And in June, the ex-judge appeared before the House committee probing the January 6, 2021, riot where he said that Pence disregarding the will of the voters would have set the country "into what would have been tantamount to a revolution within a paralyzing constitutional crisis."
#Donald Trump  #Joe Biden
Add Comment