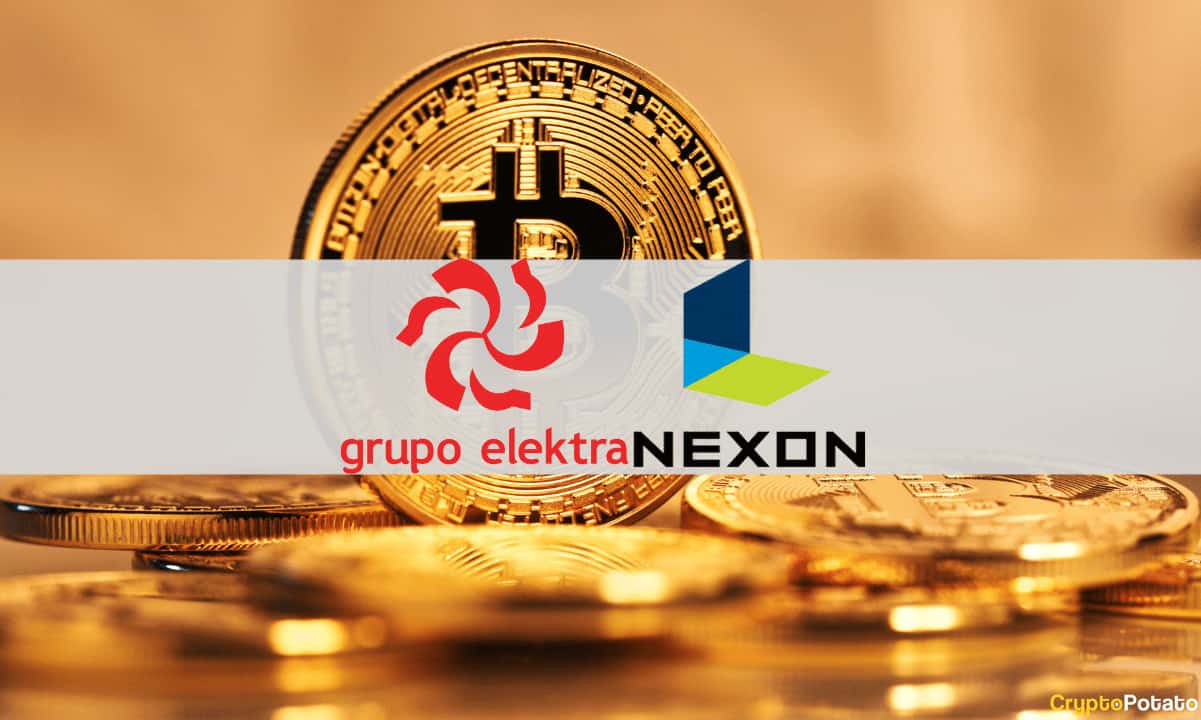 The Mexican retail chain – Elektra – and the Asian game developer – Nexon – are the latest firms that embraced cryptocurrencies as a payment method.

One of the largest supermarket chains in Mexico – Elektra – allowed customers to pay their bills in bitcoin instead of fiat currencies. To process the cryptocurrency payments, the company partnered with BitPay.

The behemoth became the first retail store in Mexico to accept bitcoin as a payment method. The company explained that customers who pay for their products in BTC could even apply for a 20% discount on their bills. The promotion is valid until the end of December.

Despite the numerous merits of cryptocurrencies, they are also famous for their volatile nature. On that note, the retail chain assured that any return or cancellation made after completing a BTC payment will result in a refund in Mexican pesos for the same amount paid at the initial transaction.

However, Elektra warned about the risks related to dealing with digital assets. The company said it should not be held accountable for any losses, scams, or mismanagements:

Founded in 1950, Elektra has more than 1,100 locations in Mexico. It also stretches to the United States, Guatemala, Honduras, Peru, Panama, and El Salvador. Interestingly, Elektra’s owner is Ricardo Salinas Pliego – a bitcoin bull who has displayed his support towards the digital asset sector numerous times.

A few weeks ago, he advised investors to enter the BTC ecosystem as soon as possible. Salinas Pliego, known as Mexico’s third-richest person, described the primary cryptocurrency as “the new digital gold.”

Another major company that partnered with BitPay to accept digital assets as a means of payment is Nexon. As a result, players will get the chance to buy favorite games like MapleStory, KartRider, Mabinogi, Vindictus, V4, and many more using 11 cryptocurrencies.

The video game publisher revealed the reason for the initiative is the growing interest, which players have demonstrated recently:

“Nexon listens closely to feedback from our players, including the many who have requested we include cryptocurrencies as a form of in-game payment. Effective immediately, we are pleased to offer this innovative payment feature for our players.”

The South Korean-Japanese giant is not a newbie in the cryptocurrency space. In April this year, it purchased 1,717 bitcoins at an approximate price of $100 million (at the time of the deal).