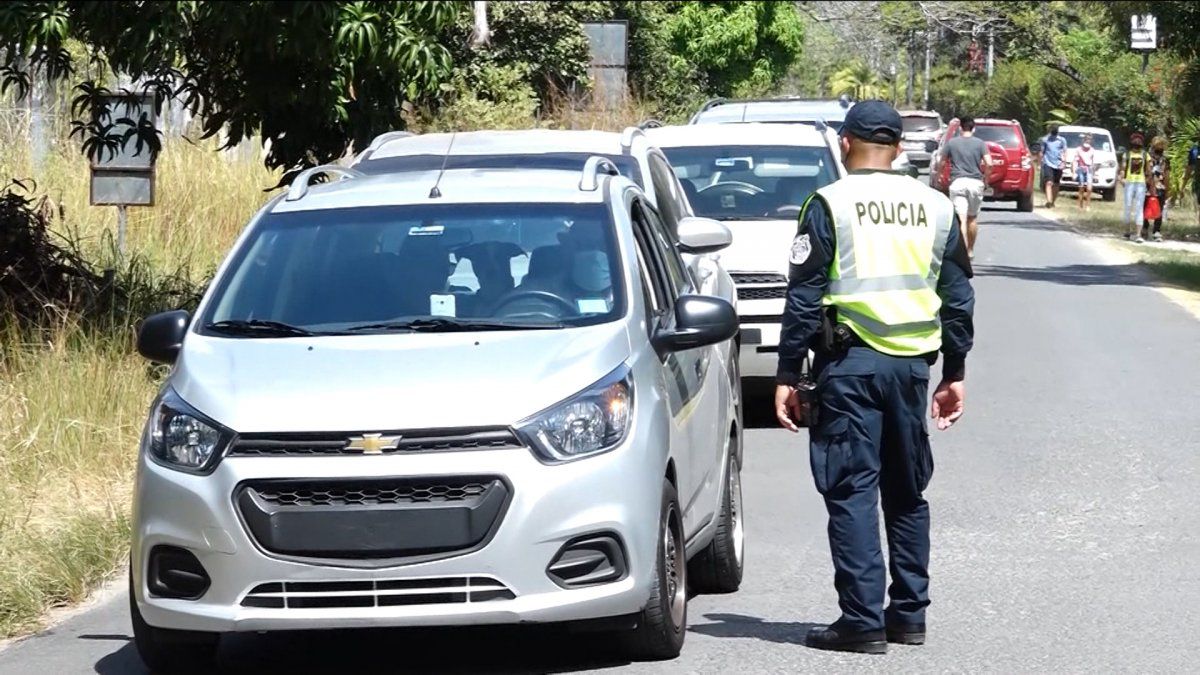 Among the restrictive measures are the total quarantine on Sundays and the extension of the curfew in several districts.

The Minister of Health, Luis Sucre, announced on Tuesday the tightening of restrictive measures for several regions of the country where there has been an increase in positive cases of COVID-19.

In this sense, Sucre announced that among the restrictive measures are the establishment of a total quarantine on Sundays, as well as the extension of the curfew in several districts.

As of Sunday, July 11, a total quarantine measure is established on Sundays, without working hours or mobility in the Antón district, in the province of Coclé, which will begin at 10:00 p.m. on Saturday until 4:00 p.m. am on Monday.

This quarantine on Sundays is also in force in the districts of Penonomé and Aguadulce.

The measures established in the rest of the districts of the province of Coclé are maintained.

In the district of Colón, the total quarantine measure will continue on Sundays.


The curfew will be applied in the district of Gualaca, province of Chiriquí from 10:00 pm to 4:00 am and the closing of businesses at 9:00 pm

The curfew is maintained from 12:00 am to 4:00 am and the closing of shops at 10:00 pm in the districts of Remedios, Renacimiento, San Félix and San Lorenzo.

In the Chepo district, in the West Panama region, the curfew will be from 10:00 pm to 4:00 am and the closing of the establishments at 9:00 pm

In the district of Las Tablas, in the province of Los Santos, in addition to the total quarantine on Sundays, a curfew will be implemented as of July 12 from 8:00 p.m. to 4:00 a.m. shops close at 7:00 pm

The rest of the districts will continue with the measures already established, and the Minsa team will remain vigilant of the situation both from the epidemiological point of view and from the point of view of hospital capacity in this province.

In addition to the total quarantine measure on Sundays, in the Chitré district, Herrera province, a curfew is established from 8:00 pm to 4:00 am and the closing of shops at 7: 00 pm

On the other hand, Sucre added that in the province of Veraguas the measures already established are maintained until the indicators show that they can be modified, this despite the fact that a slight decrease in the COVID-19 figures has been observed in most of the districts.

Claire 25 days ago
And...the "vaccine" is not a vaccine. It is an "experimental" drug, and almost everyone who accepts the jab will probably be dead within three years. Present your arms, people. Bill Gates wins!

Claire 25 days ago
Covid, Covid, Covid....what a sham! During the last year-plus has anyone been reported to die of heart attacks, the flu...gun shots, etc? Anything except "Covid?" Nope! This crap is all about selling FEAR and too many people are buying it!

mike 28 days ago
Tell me the numbers.
View all comments (5)Add comment