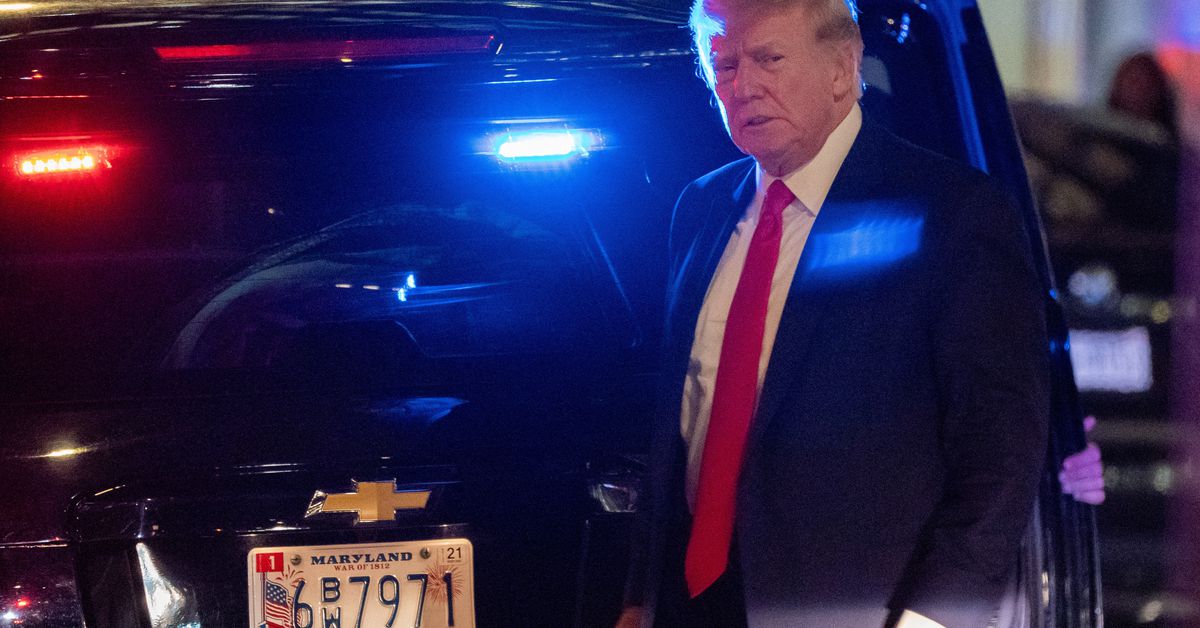 Republicans stepped up calls on Sunday for the release of an FBI affidavit showing the justification for its seizure of documents at former President Donald Trump's Mar-a-Lago home amid reports of heightened threats against federal law enforcement personnel.

A search warrant released last week after the unprecedented search showed that Trump had 11 sets of classified documents at his home, and that the Justice Department had probable cause to conduct the search based on possible Espionage Act violations.

Republicans are calling for the disclosure of more detailed information that persuaded a federal judge to issue the search warrant, which may show sources of information and details about the nature of the documents and other classified information. The unsealing of such affidavits is highly unusual and would require approval from a federal judge.

"I think a releasing the affidavit would help, at least that would confirm that there was justification for this raid," Republican Senator Mike Rounds told NBC's "Meet the Press".

"The Justice Department should "show that this was not just a fishing expedition, that they had due cause to go in and to do this, that they did exhaust all other means," Rounds said. "And if they can't do that, then we've got a serious problem on our hands."

Separately on Sunday, the bipartisan Senate Intelligence Committee, led by Democrat Mark Warner and Republican Marco Rubio, asked the Justice Department and the Office of the Director of National Intelligence to provide the seized documents on a classified basis.

A spokesperson for the committee, charged with oversight of the handling of classified information, said the two senators had also requested "an assessment of potential risks to national security" as a result of possible mishandling of the files.

Representative Mike Turner, the top Republican on the House Intelligence Committee, said on CNN on Sunday that the Biden administration should provide more details on what led to the search.

"Congress is saying, 'Show us. We want to know what did the FBI tell them? What did they find?'" Turner said.

The Department of Justice did respond to a request for comment on the FBI affidavit.

The calls from Republicans came amid reports that the FBI and the Department of Homeland Security warned of increased threats to law enforcement emanating from social media platforms in the wake of the Mar-a-Lago search.

The FBI said in a statement that it is always concerned about threats to law enforcement and was working with other agencies to assess and respond to such threats, "which are reprehensible and dangerous."

Republican Representative Brian Fitzpatrick, a former FBI agent and prosecutor from Pennsylvania, said he was concerned about the safety of federal law enforcement officers amid such threats, adding "everybody needs to be calling for calm."

He told CBS' "Face the Nation" that the search of Trump's home "was an unprecedented action that needs to be supported by unprecedented justification" and the probable-cause affidavit would show whether that standard was reached -- even if it was only shown to lawmakers in a classified briefing.

"I've encouraged all my colleagues on the left and the right to reserve judgment and not get ahead of yourself because we don't know what that document contains. It's going answer a lot of questions."

Democrats on Sunday did not echo calls for the affidavit's release.

Instead, Representative Adam Schiff, the California Democrat who chairs the House Intelligence Committee, said he was asking for an assessment of potential damage done to U.S. national security from Trump's possession of the classified documents, along with an intelligence briefing.

"So the fact that they were in an unsecured place that is guarded with nothing more than a padlock, or whatever security they had at a hotel, is deeply alarming," Schiff said.

Senator Amy Klobuchar, a Democrat on the Senate Judiciary Committee, told NBC that she could not make a judgment as to whether the Justice Department should indict Trump on criminal charges.

"This is going to be up to the Justice Department to make a decision about what happened here, why it happened, and if it rises to the level of a crime," Klobuchar said.