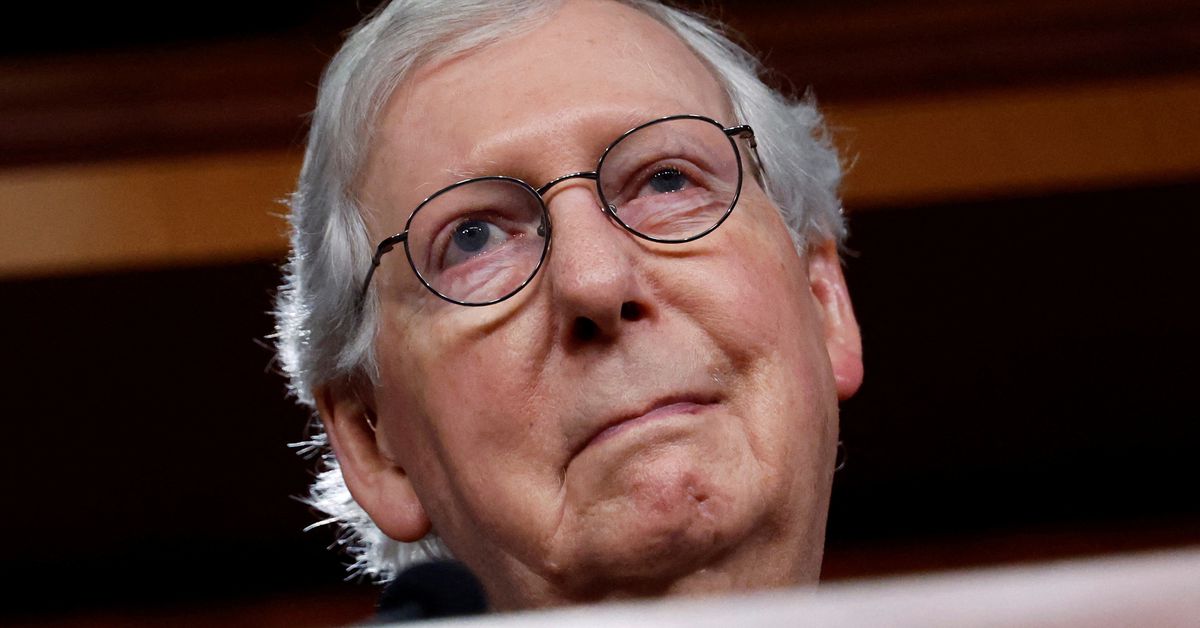 Republicans have only '50-50' chance of recapturing Senate -McConnell

U.S. Senate Republican leader Mitch McConnell on Monday gave his own party a 50-50 chance of taking control of the Senate in the November midterm elections, and predicted that the chamber will remain closely divided whatever the outcome.
Speaking at a business luncheon in Georgetown, Kentucky, McConnell also said the U.S. Congress would find ways to work with Democratic President Joe Biden, if Republicans manage to capture both the Senate and the House of Representatives.

The remarks came a week after he suggested that Republicans could stand a better chance of gaining a majority in the House than in the Senate, citing candidate quality as a reason for tempered expectations.

"Flipping the Senate, what are the chances? It's a 50-50 proposition. We've got a 50-50 Senate right now. We've got a 50-50 nation. And I think the outcome is likely to be very, very close either way," McConnell told the Scott County Chamber of Commerce on Monday.

"If both the House and the Senate flip, I think the president will be a moderate. He won't have any choice. And so, we'll try to find ways to make some progress for the country during the last two years of his term ... but not big dramatic change."

At a time when polls show that most Republicans believe former President Donald Trump's falsehoods about a stolen 2020 election, McConnell urged his audience not to be concerned about election fraud.

"Election fraud, there is some," McConnell said. "It happens occasionally. But our democracy is solid. And of the things we need to worry about, I wouldn't be worried about that one."

Republicans entered the 2022 campaign hopeful of capturing both chambers of Congress, with Democrats under pressure from inflation, Biden's anemic job approval numbers and historical political trends.

While the party is still favored to win a majority in the House, its prospects for flipping the Senate have been dimmed by lackluster performances among first-time Republican candidates in key swing states including Arizona, Georgia, Ohio and Pennsylvania.
#Donald Trump  #Joe Biden
Add Comment