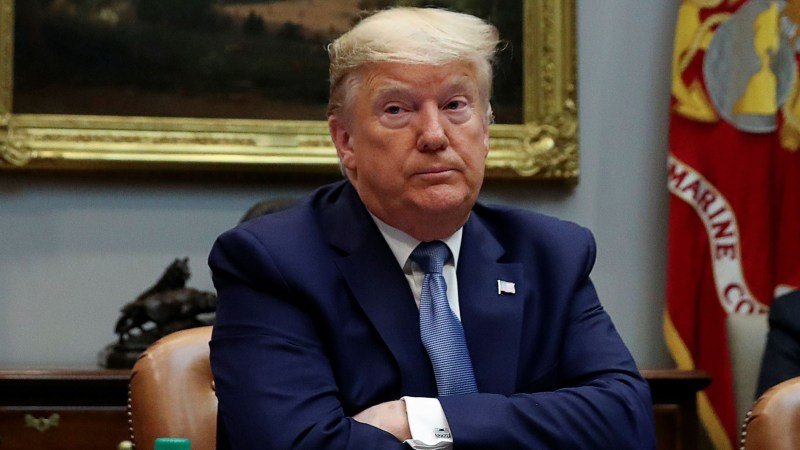 Republicans distancing themselves from Trump on pandemic response

Absent from his Facebook updates are any mentions of President Donald Trump, whose response to the pandemic has raised questions that threaten to drag down Republicans’ electoral prospects this fall, or of the president’s provocative news briefings, which have become a forum for partisan attacks on Democrats and dubious claims about the virus.
It is a tricky task for lawmakers like Michigan, Rep. Fred Upton, a moderate Republican running for his 18th term in office, in centrist districts throughout the country, who understand that their reelection prospects — and any hope their party might have of taking back the House of Representatives — could rise or fall based on how they address the pandemic. Already considered a politically endangered species before the novel coronavirus began ravaging the United States, these moderates are now working to counter the risk that their electoral fates could become tied to Trump’s response at a time when the independent voters whose support they need are increasingly unhappy with his performance.

The president’s combative news conferences, which his own political advisers have counseled him to curtail, have made the challenge all the steeper.

“It does make it difficult at times,” Rep. John Katko, R-N.Y., said. He said he hoped his constituents would evaluate him not based on Trump’s record but on his own.

“I’m hanging on — not hanging on, flourishing — in a district I should probably not have as a Republican,” said Katko, one of only two House Republicans running for reelection in a district Hillary Clinton won in 2016. Voters “are going to judge me on what I did or did not do, and that’s all I can ask.”

In an attempt to ensure their contests become referendums on their own responses to the virus rather than the president’s, vulnerable House Republicans are instead brandishing their own independent streaks, playing up their work with Democrats, doubling down on constituent service and hosting town-hall-style events — avoiding mention of Trump whenever possible.

It is an approach that looks familiar to former Rep. Carlos Curbelo, R-Fla., who tried to distance himself from Trump on immigration and other issues in 2018 as he fought to hang onto his seat in a diverse South Florida district but was swept out in a midterm debacle that handed Democrats control of the House.

“The president continues to be reckless in the context of the COVID-19 crisis,” Curbelo said. “You could see a similar dynamic where a lot of Republicans in competitive districts will just break with him in an effort to protect their own candidacies.”

Many of his former colleagues in competitive districts had hoped the severity of the crisis would give them a platform to highlight their own responses, Curbelo said. But as Trump’s nightly briefings “became more about the president and his personality” than about the disease, he added, “Republicans have perceived a peril in that development, and certainly some of the recent polling validates that.”

Moderate Republicans are doing what they can to shift the dynamic. In virtual town-hall-style meetings conducted by telephone from his central New York district, Katko has stressed the importance of bipartisanship, saying his constituents are “sick of the nastiness” in Washington.

Katko teamed up recently with Sen. Kirsten Gillibrand, a Democrat, for one such call, in which he broke with one of his own party’s leaders, rejecting a proposal by the top Senate Republican to allow states to go bankrupt rather than provide a federal lifeline.

“I’m going to continue to work across the aisle,” Katko told voters, pointing to his relationship with Gillibrand. “I totally disagree with what Mitch McConnell said — that’s a great example.”

In southeastern Pennsylvania, Rep. Brian Fitzpatrick, another Republican whose heavily suburban district went to Clinton in 2016, has been doing his best to avoid answering for Trump’s comments as well.

Asked by local reporters about the president’s early remarks minimizing the coronavirus and comparing it to the flu, Fitzpatrick demurred.

“You’ll have to ask him why he made those comments,” Fitzpatrick said. “I really do believe that everybody’s doing their best right now.”

And calling in to a radio show in Michigan, Upton hedged when asked if he agreed with the president’s optimism about reopening the economy. “As much as the president wants to open things up — and we all do — I think you’re going to have to let the virus really determine where things are at the end of the day,” he said. “We know that we are not there yet.”

In some ways, the dilemma these centrist Republicans are facing is the same one they have had to navigate since Trump was elected as they have repeatedly been called upon to answer for his more provocative statements and actions. But the pandemic has sharply raised the stakes as their constituents bear the brunt of its dire consequences.

At home in their districts, lawmakers have largely been able to avoid direct questions about the president’s handling of the crisis, instead fielding an onslaught of requests from constituents and reporters for basic information about when relief will reach them.

“People are going to make a judgment here: Who do they want to give the responsibility of governing to, given what has just occurred?” said David Winston, a Republican pollster who works with the House Republican Conference. “Did you try to do the right thing? People want to know how their elected representatives are trying to solve this.”

That has translated into a new raft of bipartisan legislation from moderate lawmakers up for reelection intended to confront the pandemic. In announcing a bill he introduced with Rep. Stephanie Murphy, D-Fla., to create a Sept. 11-style commission to examine the government’s response to the virus after the pandemic subsides, Katko sought to assure voters it was apolitical.

“I just honestly think that this may be an opportunity, this COVID crisis, to show people that bipartisanship works,” he said. “We’re going to be struggling for a while. And I think as we struggle as a country, the last thing people want to hear is partisan crap.”

Katko’s bill would delay the formation of the review commission until 2021, meaning it would not begin investigating until after the election.

After Speaker Nancy Pelosi announced she would create a special committee to scrutinize the Trump administration’s response, Fitzpatrick, who faces a primary challenge from the right, criticized the move as inappropriate, calling for unity.

“We all remember 9/11 and how incredibly united our country was,” he said. “Nobody was questioning anybody else’s decisions. There was a time and a place to do that down the road.”

From his porch in St. Joseph, Michigan, Upton unveiled a plan that aims to modernize the nation’s health care system to prepare for future pandemics. His nightly Facebook dispatches have drawn responses that offer a glimpse of the political balance he is struggling to strike.

“Not giving the President Trump administration any credit are you Fred,” Jerry Litke commented on a recent post that omitted any mention of Trump.

But Patricia Resetar had a complaint of her own about the same dispatch, demanding that Upton answer for the administration’s failure to deploy broad testing throughout the country.

“Where is all the testing?” she wrote. “Where is it, and why aren’t you holding this administration accountable?”

Upton said in an interview that he was “not afraid to give the president credit on a variety of issues” or to “be against him when I think he’s wrong.” In his purple district, which went for President Barack Obama in 2012 but Trump in 2016, voters “don’t always identify as Republican or Democrat; they want you to do your job,” he said. “If people voted straight party line, I would have lost in the ’90s.”

Just outside Syracuse, New York, Gary Dixon, a retired salesman who supports Katko, said he appreciated that the congressman was “staying in his lane” in responding to the pandemic. Although he voted for Trump in 2016 and said he was most likely to support him in November over former Vice President Joe Biden, Dixon also said he worried that an association with the president had the potential to damage other Republican candidates.

“It’s a tightrope,” he said of the challenge that Katko and his fellow moderates face. “You’ve got to be on that wire where you’re trying to stay in the middle, but I don’t think his middle position will alienate the true Republicans.”
#Donald Trump  #COVID-19  #Joe Biden  #Covid  #Coronavirus  #Facebook
Add Comment