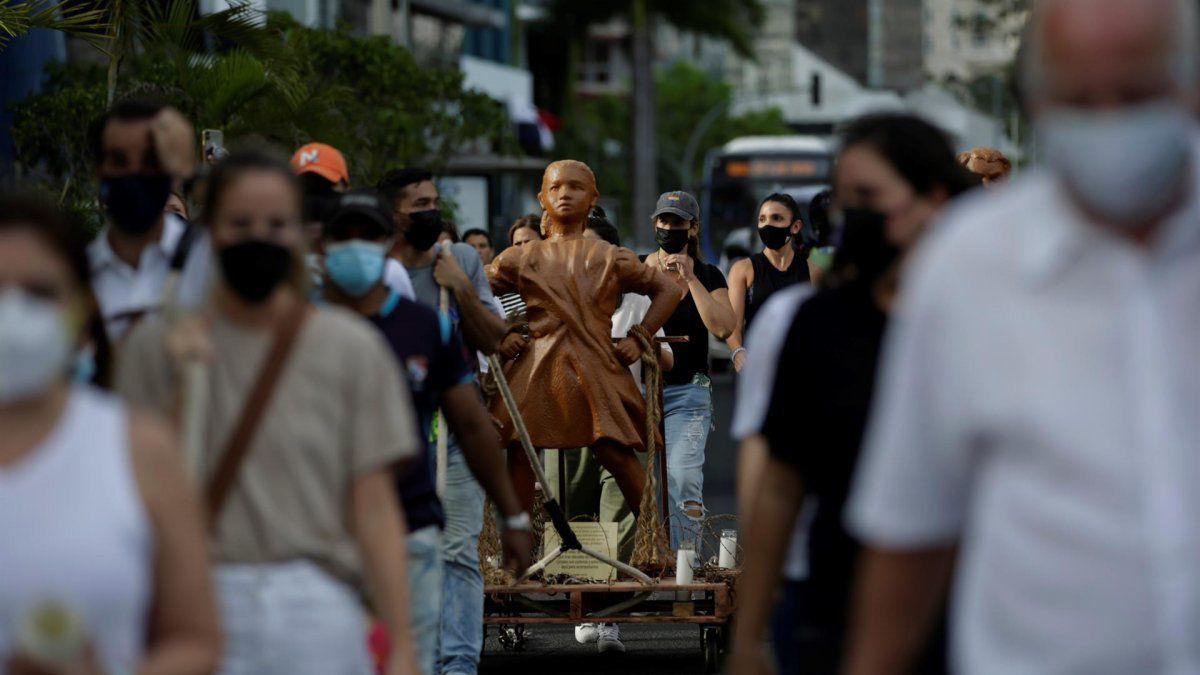 Reports of sexual crimes against minors increase in Panama

A parliamentary subcommittee presented a report last February on sexual abuse and physical and psychological abuse of dozens of minors in at least 14 shelters.
The allegations of sexual crimes against minors in Panama have registered this year a "significant" increase and "regrettable", pushed by the side effects of the pandemic and the scandal over cases of rape in shelters infants and adolescents.

"The increase in complaints is really significant if we look at the statistics," Dayra Botello, the Superior Prosecutor of the Investigation and Follow-up of Cause Section of the Metropolitan Prosecutor's Office, said in an interview with Efe.

Until last April, 164 complaints were registered with the Public Ministry (MP, Prosecutor's Office) for the crimes of "corruption of minors, commercial sexual exploitation and other behaviors", more than double the 79 filed in the same period of the previous year.

The complaints increased after a parliamentary subcommittee presented a report last February on sexual abuse and physical and psychological abuse of dozens of minors in at least 14 shelters since 2015.

Botello explained that "the months where (the complaint) has been strengthened are in March and April" past, since while in January and February there were 33 and 23 complaints, respectively, in March and April they increased to 53 and 55.

But "unfortunately", the figure was already increasing, said the prosecutor, since the year 2020 closed with 306 complaints and 2019 with 280 for these crimes against minors.

According to the official figures available, the shelters, around fifty that house about 1,200 minors in vulnerable situations, are supervised by the state National Secretariat for Children, Adolescents and the Family (Senniaf), and also receive public subsidies.

The scandal of abuse in these homes has shocked the country and sparked continuous protests demanding that those responsible be punished.

The Prosecutor's Office has reported that it has relocated minors and issued protection measures in favor of 46 children within the 26 investigations that have been carried out since 2017, before the presentation of the parliamentary report, related to the commission of crimes in shelters .

PANDEMIC: RESTRICTIONS AND CLOSURE OF SCHOOLS

For the expert on gender issues Eusebia Solís and the child rights activist Lucy Córdoba, the increase in cases of child abuse is one of the collateral effects of the pandemic.

The context of "restrictions and closures" imposed to stop the spread of the new coronavirus "shows that this type of crime occurs many times in the intimacy and closeness of the victim," said Solís, who recalled that the school and the educational environment they are "a protective factor" for minors.

Córdoba, for its part, considered that "there are more cases (not reported) due to the confinement and the mental state of many predators whose behavior worsens", and opined that "that women and girls have dared to speak more than previous years."

Solís criticized that the Prosecutor's Office "does not report" in detail "the age of the victims or their sex" in public statistics, which disaggregate information among victims over 14 years of age and, in the case of doubly aggravated rape (incest), in under 14 years of age.

According to data provided by the sociologist, in "2019 12%" of sexual crimes "occurred in minors between 0 and 4 years old and 32% between 5 and 9 years old", while in cases of rape doubly aggravated , "90% of the victims are girls and it is committed among girls between 0 and 10 years old".

The ages "most affected range from three to six years, each time predators are looking for lower ages," added Córdoba.

The experts recommended implementing a "plural and sexual education" in schools, which provides safe knowledge to minors, as well as "dignified and safe spaces", a right that the "State has the obligation to guarantee."

According to Unicef, Panama is one of the few countries in Latin America that does not have a child protection law, despite two attempts in the last 15 years to create quality regulation and reform the system.
#Coronavirus  #Senniaf
Add Comment