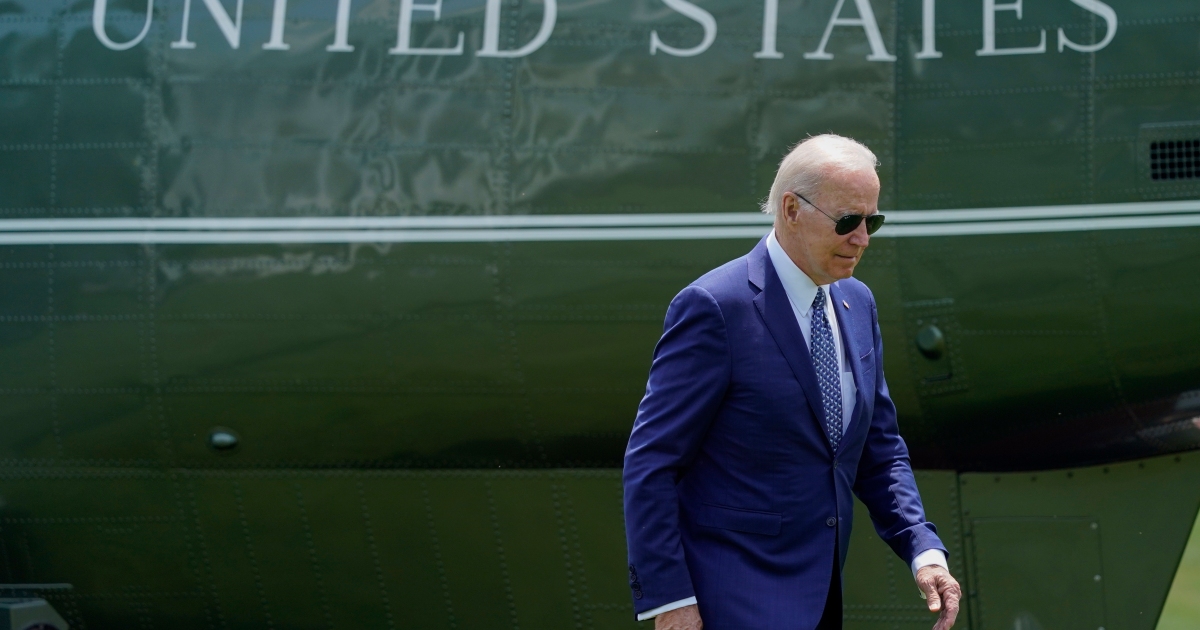 The US president writes in The Washington Post his visit will keep the US ‘strong and secure’ and that human rights is on agenda.

US President Joe Biden has defended his upcoming visit to Saudi Arabia amid criticism the trip represents a backslide in his administration’s commitments to human rights.

In an op-ed published late on Saturday in The Washington Post newspaper, Biden said the visit to the kingdom is important and assured the United States remains “strong and secure”.

He added that he wanted to “reorient and not rupture” relations with the oil-rich Arab nation.

Biden’s visit to Saudi Arabia is part of a wider Middle East tour from July 13 to July 16 that includes stops in Israel and the occupied West Bank.

“We have to counter Russia’s aggression, put ourselves in the best possible position to outcompete China, and work for greater stability in a consequential region of the world,” Biden wrote.

“To do these things, we have to engage directly with countries that can impact those outcomes,” he added.

“Saudi Arabia is one of them, and when I meet with Saudi leaders on Friday, my aim will be to strengthen a strategic partnership going forward that’s based on mutual interests and responsibilities, while also holding true to fundamental American values.”

Experts say topping the agenda during Biden’s stop in Jeddah will be a push for increased Saudi oil production in the hope of taming spiralling fuel costs and inflation fuelled by Russia’s invasion of Ukraine.

Biden said Saudi Arabia was already “working with my experts to help stabilise oil markets with other OPEC [Organisation of the Petroleum Exporting Countries] producers”.

He also hailed the kingdom’s support for the ongoing ceasefire in Yemen, where Riyadh has led a coalition fighting Houthi rebels since 2015, as well as Saudi Arabia’s role in ending the Gulf Cooperation Council (GCC) crisis.

The rhetoric is part of a continued departure from the Biden administration’s previous promises to ostracise the longtime ally after the US intelligence community directly linked Crown Prince Mohammed bin Salman (MBS) to the killing of journalist Jamal Khashoggi.

On the campaign trail, Biden had called Saudi Arabia a “pariah” for its actions in Yemen and the killing of Khashoggi.

White House spokesperson Jen Psaki, following the intelligence report on Khashoggi, also suggested Biden would no longer deal directly with MBS, as had his predecessor former President Donald Trump, who maintained close ties with the kingdom.

However, earlier this week, Washington confirmed that MBS would be in attendance during a bilateral meeting between Biden and King Salman’s “leadership team” during the trip.

“I know that there are many who disagree with my decision to travel to Saudi Arabia,” Biden wrote in The Washington Post.

“My views on human rights are clear and long-standing, and fundamental freedoms are always on the agenda when I travel abroad, as they will be during this trip,” he added, referring directly to the killing of Khashoggi.

Biden also wrote the trip would be part of wider efforts to restore the 2015 Iran nuclear deal, which Riyadh opposed and from which Trump withdrew in 2018.

He added the visit will support the continued normalisation between Israel and Arab countries in the wake of the so-called Abraham Accords, noting that he will be the first US president to fly from Israel to Saudi Arabia during his visit next week.

The journey will be “a small symbol of the budding relations and steps toward normalisation between Israel and the Arab world, which my administration is working to deepen and expand”, he wrote.