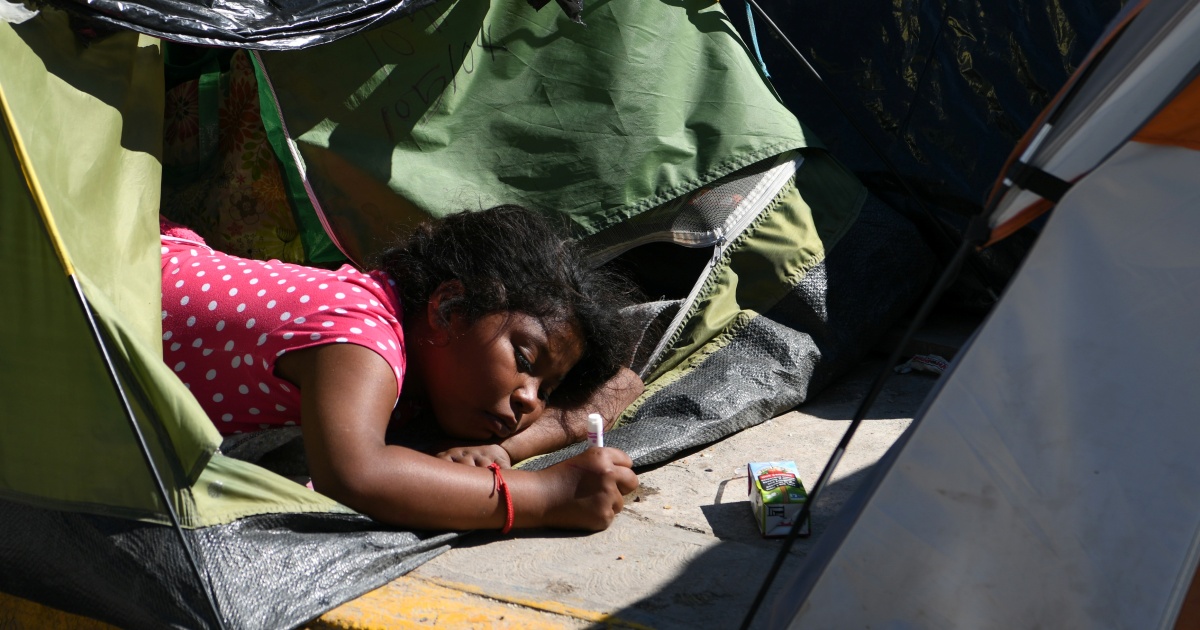 ‘Remain in Mexico 2.0’: How did the Trump-era policy get revived?

The Biden administration reinstated the controversial ‘Remain in Mexico’ progamme under court order in early December.

Since early December, more than 200 people hoping to claim asylum in the United States have been sent back to Mexico to wait for their US court hearings, a rights organisation said, under a revived widely-condemned Trump-era immigration policy.

The administration of President Joe Biden had sought to end the Migration Protection Protocols (MPP), saying the programme exposed migrants and refugees to unnecessary danger in Mexico.

But a court in Texas ordered the policy – also known as Remain in Mexico – restarted in August, after Missouri and Texas sued the Biden administration, arguing it terminated the policy without following the proper procedures.

In early December, the Biden administration reinstated the programme – with some changes – in compliance with the court’s decision. At the same time, it has asked the Supreme Court to allow it to terminate the MPP.

But experts say the nation’s top court is not expected to deliver a decision before the end of June, and in the meantime, asylum seekers can be returned to Mexico under what immigration advocates have dubbed “Remain in Mexico 2.0”.

Here, Al Jazeera examines what is going on:

What is the ‘Remain in Mexico’ programme?

Former President Donald Trump, who made restricting immigration one of his main policy goals, created the MPP to deter migrants and refugees from making what he deemed “frivolous” asylum claims.

The policy, which came into effect in January 2019, forced people who arrive at the border seeking asylum to wait in Mexico for their US immigration court hearings for months and sometimes years.

About 70,000 people, among them children, were forced to wait in Mexican border towns, often in dangerous and unsanitary refugee camps, as a result of the policy. Their access to legal counsel was also limited.

What did President Joe Biden do?

In the following months, his administration began to unwind the policy by allowing people who were still waiting in Mexico to enter the US to continue their asylum claims. Starting in February, more than 25,000 people were paroled into the US.

In August, Matthew Kacsmaryk, a Trump-appointed judge, ruled in favour of two Republican-led states that had sued the Biden administration over the “arbitrary” termination of MPP. Kacsmaryk ordered the administration to reinstate the policy.

The Biden administration appealed the decision to the US Supreme Court, but it declined to block the Texas court’s ruling.

So what does that mean for MPP?

The Biden administration said it would abide by the Texas court’s order but that it would continue to work towards ending the policy. It later said it would make the MPP more “humane”.

Mayorkas issued a second memo to terminate the MPP in October 2021 that addressed the issues raised by the states that had sued. In a 39-page explanation, Mayorkas said despite contributing to a reduction in migrant and refugee arrivals at the border, MPP unnecessarily put people in harm’s way while waiting in Mexico.

“MPP had endemic flaws, imposed unjustifiable human costs, pulled resources and personnel away from other priority efforts, and did not address the root causes of irregular migration,” Mayorkas said. 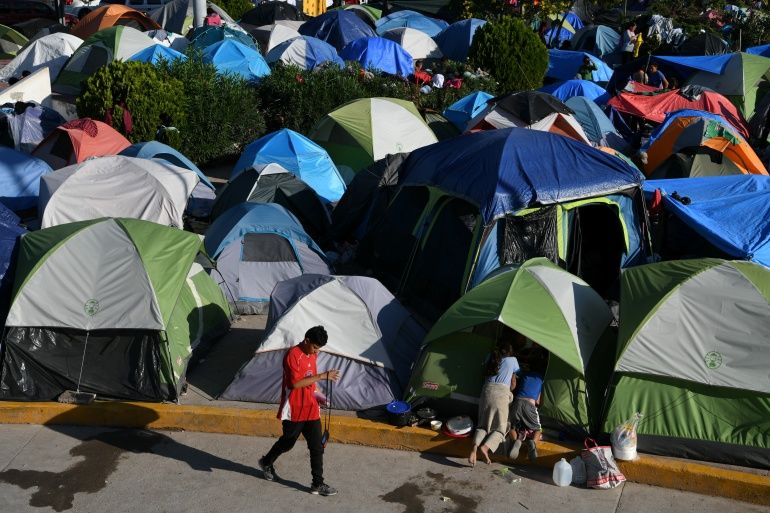 Migrants and refugees under the “Remain in Mexico” programme stayed in a makeshift encampment in Matamoros, Tamaulipas, Mexico

So when did ‘Remain in Mexico 2.0’ come into effect?

The policy came into effect on December 6, and the first two migrants were turned back to Mexico on December 8.

Is this new iteration of the policy different from the previous one?

The Biden administration pledged to make counsel more available to asylum seekers – just 9 percent of MPP enrollees were able to access lawyers under the previous version of MPP, according to the Migration Policy Institute – and for cases to be concluded within 180 days.

Mexico had also requested for “particularly vulnerable populations”, including people with mental and physical disabilities, the elderly, those with illnesses and LGBTQ people, to be exempted from the programme.

Have these promises been met?

Immigration advocates say no. Yael Schacher, deputy director for the Americas and Europe at Refugees International, attended the first two days of MPP hearings on January 3 and 4 in El Paso, Texas. Schacher told El Paso Matters, a non-profit media organisation, that only five of 82 people enrolled in MPP who had their cases heard on those days had access to legal counsel.

He told Al Jazeera that the Biden administration “can’t solve the fundamental problem that those who are stuck in northern Mexico with almost no resources and little safety are going to have a very difficult time finding US lawyers to help them with their asylum cases”. 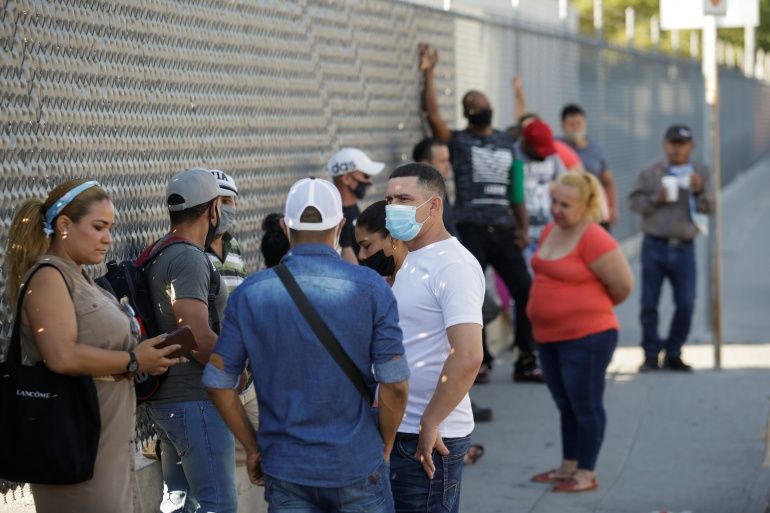 How many people have been sent to Mexico under the new version of MPP?

In an emailed statement to Al Jazeera, the US Department of Homeland Security (DHS) said it would not say how many people had been returned, or at what border crossings.

But according to data collected by Human Rights First, a US-based rights group coordinating with Mexico’s Institute of National Migration (INM), 217 male adults travelling alone were returned to Mexico under the latest iteration of the MPP between December 8 and January 4.

More than half – 135 people – were from Nicaragua, and 46 were from Venezuela. The other people sent back under MPP were from Cuba, Ecuador and Colombia.

How does the removal process work?

Under the new version of the policy, migrants and refugees are temporarily held in DHS facilities until they can be interviewed by an asylum officer who will assess their “reasonable” fear of return to Mexico – known as a non-refoulement interview.

If they are deemed “safe” to return to Mexico, they are then driven over the border. The MPP are currently being applied at two border crossings: El Paso, Texas and San Diego, California. The programme is expected to be scaled up to include five additional ports of entry.

Once in Mexico, INM officers are charged with taking them to a Mexican government-funded facility, where they stay until their next US court hearing. Mexican officials have been driving MPP applicants back and forth to the border. 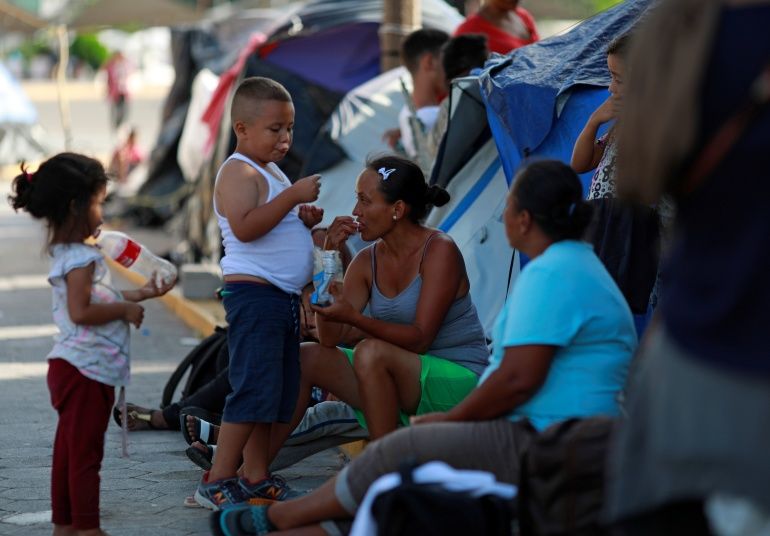 Under the first iteration of MPP and through February 2021, Human Rights First said at least 1,544 migrants and refugees in the programme were killed, assaulted, robbed, kidnapped or raped in Mexico

What are rights groups saying about this process?

Rights groups say the non-refoulement interviews are problematic because asylum seekers are not sufficiently informed of their purpose and implications.

“Many people did not know that they had the right to speak with an attorney before their non-refoulement interview about their fear about returning to Mexico,” Julia Neusner, a refugee protection lawyer with Human Rights First who has been tracking progress of the MPP.

“People didn’t understand what the purpose of the interview was and as a consequence those who had legitimate fear of being returned to Mexico were returned under the programme,” Neusner told Al Jazeera, adding that several applicants who had been previously kidnapped or extorted by Mexican police were enrolled in the programme.

In the original programme, only nationals of Spanish-speaking countries and Brazilians were included in MPP removals.

The new MPP has been expanded to include all Western hemisphere nationals, excluding Mexico. This means that Haitians, along with migrants and refugees from other Caribbean nations, can now be placed in MPP. This expansion was not required by the Texas court order.

Is it safe for people to be sent to Mexico?

Under the first iteration of the MPP, and through February 2021, Human Rights First said at least 1,544 migrants and refugees in the programme were killed, assaulted, robbed, kidnapped or raped in Mexico. Many abandoned their asylum claims altogether.

The rights group says safety concerns for migrants and refugees have not been resolved.

“There is no conceivable way to make Remain in Mexico safe and humane, let alone lawful,” Kennji Kizuka, associate director of research and analysis for refugee protection at Human Rights First, said during a recent virtual briefing.

“And given these inherent dangers it is horrifyingly inevitable that there will be more reports of kidnapping and attacks of the people who are now being returned under the newest version of the policy.”