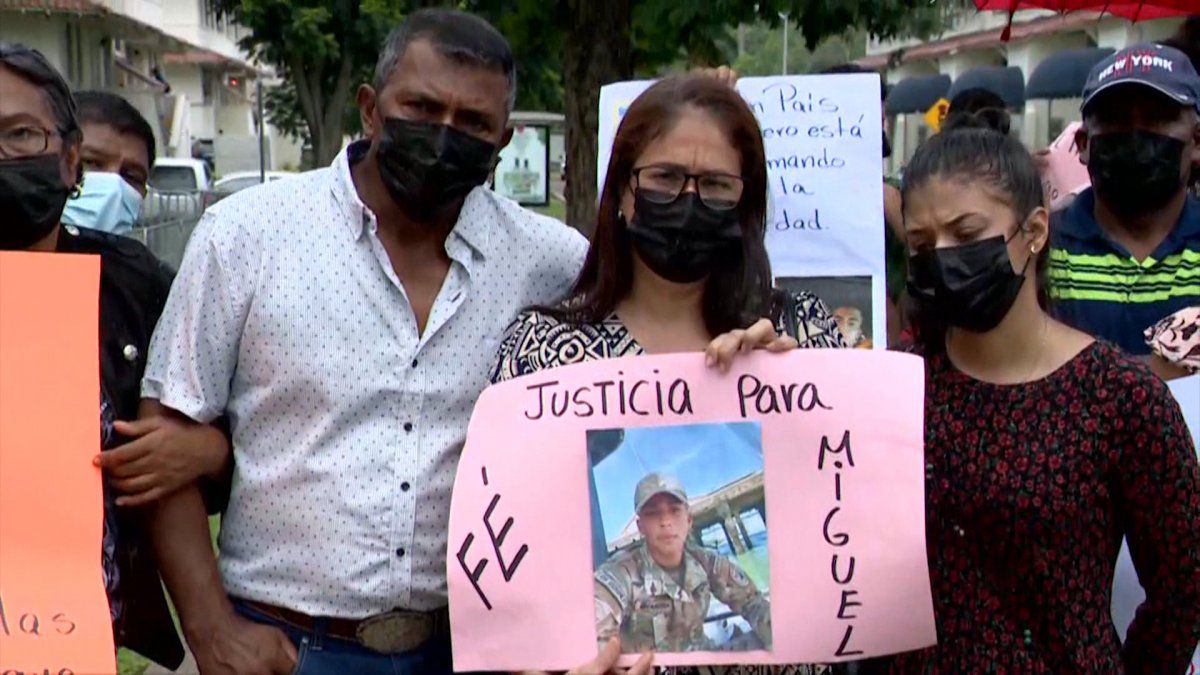 The complaint is filed after the relatives discovered, through technical expert reports, that the aircraft in which Miguel Ávila was traveling had defects.
The relatives of agent Miguel Ávila, an agent of the National Aeronaval Service ( Senan ) who disappeared last February after falling into the sea in the Bay of Parita, appeared on Tuesday with his lawyer before the Attorney General's Office to file a criminal complaint against the director of that entity, Jeremías Urieta.

Lawyer Justino González explained that the complaint is filed after the relatives discovered, through technical expert reports, that the aircraft in which Miguel Ávila was traveling, along with other Senan units, had technical failures and anomalies that made it inoperative.

"The expert opinion shows shocking findings, such as, for example, that the minimum safety requirements were not met in the event of a man falling into the water, if they were stranded, and also did not meet the technical requirements to be in a persecution of drug traffickers' boats and much less in bad weather, that has caused that today we file a complaint against the commissioner director of the Senan, Jeremías Urieta, for the crimes of wrongful death and the omission of duties in office, these boys simply they were sent in a boat that was not armored, that was not a patrol boat, luckily for God, they were sent to their deaths, ”González explained.

He added that the ship Tornado 5001 “had been modified and there was no certification from experts, naval engineers, or the Maritime Authority so that it could carry out the exercise of patrol boat of the National Aeronaval Service, in addition, this boat had therefore been seized. it did not meet the requirements of a patrol boat ”.

The Senan agent, Miguel Ávila, disappeared on February 22 while participating in an operation against narco-terrorism.
Add Comment