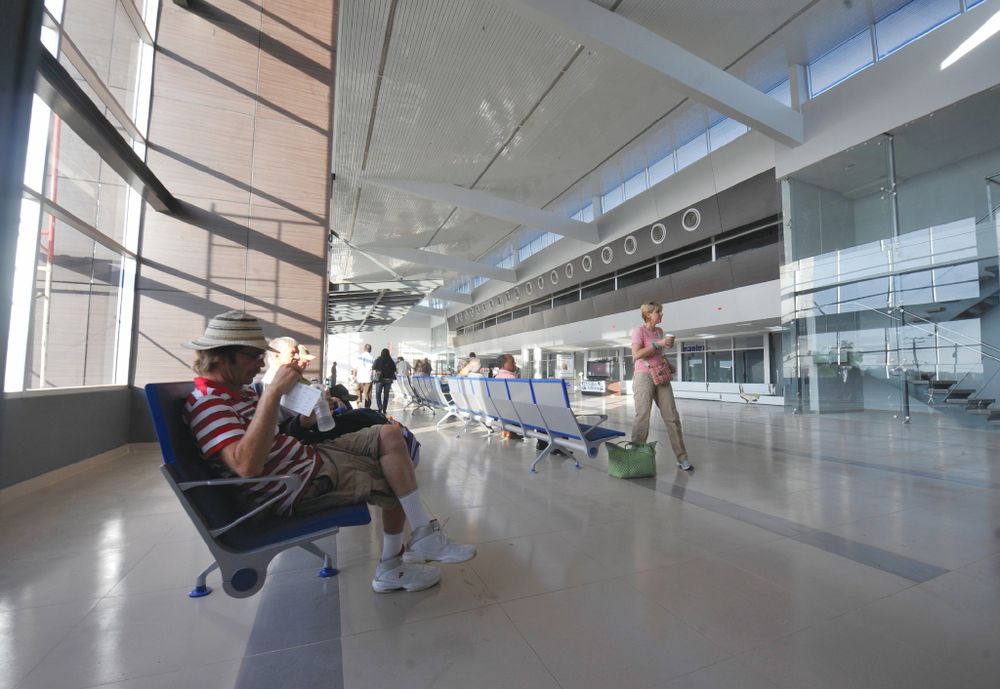 Regional terminals – a burden for Tocumen

After 8 years of having received the operation of 4 airport terminals free of charge, Tocumen SA began the process to define under which business scheme the administration of the David, Río Hato, Colón and Panama Pacifico airports will be awarded in concession.
Tocumen hired a consultancy that is executed by the ALG firm, with a duration of 14 weeks. According to Mar Simón Carrasco, an executive of the firm, once the roadmap is defined, it will take another nine months to implement the program.

It was assumed that the transfer in favor of Tocumen in 2013 would leave revenues in time, but the four terminals have become a drag that annually leaves a loss of 1.5 million dollars.

The consultancy will define whether Tocumen will deliver the air terminals under concession or will implement the Public Private Partnerships (PPP) scheme, a tool that the government wants to use to attract foreign capital.

"When the investments were made in these airports, it was done without a business plan, which has hindered their development," said Arab.

In the presidential term of 2009-2014, just over 52 million dollars were invested in the Rio Hato terminal and another 58 million dollars in the Colón airport. The latter has never had a regular operation and the movement is limited to a handful of private flights.

Between 20015 and June 2021, the regional airports operated by Tocumen handled a total of one million 469 thousand 600 passengers, being the Chiriquí terminal the one with the highest traffic with the daily operation of Air Panama and Copa Airlines.

The ALG executive commented that the objective is for these airports to operate with their own resources and pointed out that the concession model has been effective in the region.

Of the 180 air terminals in Latin America, about 70 are under contract and 90% of the passengers who move in the region do so through airports that operate under the APP system, said Simón Carrasco during the virtual event organized by the Chamber American of Commerce and Industry of Panama.

He pointed out that in terms of tourism it is important to have a consolidated airport infrastructure, since this facilitates the arrival and transfer of visitors, an aspect in which the country is at a disadvantage compared to other competitors in the area.

Arab said handing over management of the regional terminals would allow Tocumen to focus on the operation of its two passenger terminals and the cargo area.

Although it will not be part of the package that Tocumen would cede, the consultancy that ALG will carry out will include an analysis of the Isla Colón airport in Bocas del Toro province.

In addition to the operating expenses that Tocumen incurs with the operation of the terminals in the interior of the country, the airport company has made investments of 15 million dollars, especially in the airport of the city of David, province of Chiriquí, where problems with the runway had to be fixed. This airport was renovated for $ 27 million in 2013.

"Tocumen's position is not the best after the respiratory pandemic of the coronavirus (Covid-19), accepted Arab.

Since the outbreak of the respiratory pandemic that caused the cancellation of regular commercial flights for more than 8 months, Tocumen has lost 283 million dollars.

Of this total, 200 million dollars correspond to aeronautical revenues and the remaining 83 million dollars are linked to payments made by commercial concessionaires that operate in the two air terminals.

Given the drop in the number of passengers, which until last June was 60% less compared to the same period in 2019, Tocumen found it necessary to agree on new financial terms with the concessionaires.

Tourism unions indicate that to promote airports in the interior it is necessary to attract low-cost airlines, as Costa Rica has done to promote the development of the Guanacaste tourist area.
#Costa Rica  #COVID-19  #Covid  #Coronavirus
Add Comment