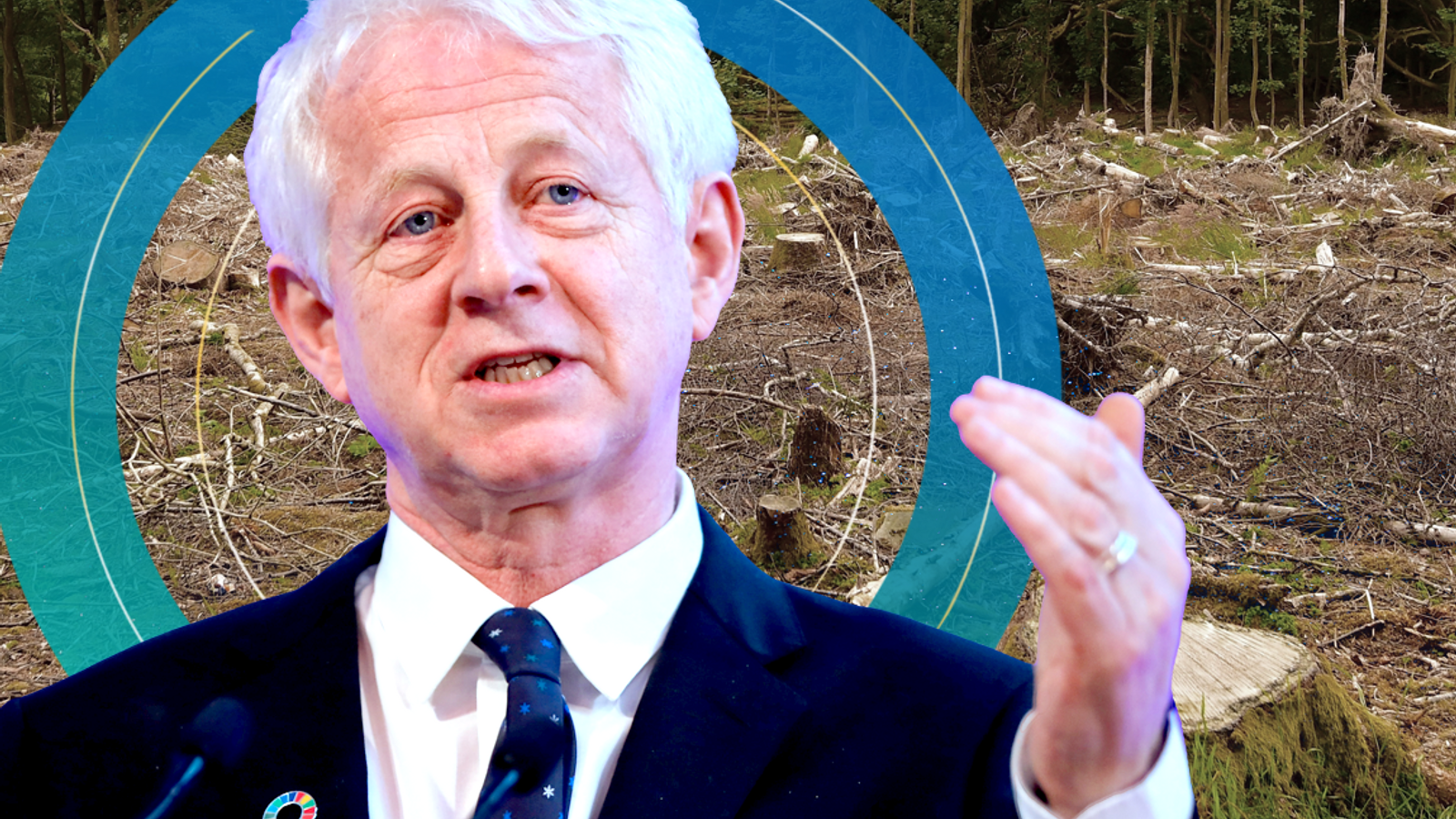 "There can be no action on climate change without tackling deforestation," says Richard Curtis, as research finds two of every ten pounds invested in an average pension is driving forest loss.

Filmmaker Richard Curtis has warned that the pensions industry should be "put on red alert," as a new report says billions of UK savers' money is driving deforestation.

In Great Britain £2 in every £10 invested in an average pension is linked to forest loss, amounting to some £300 billion of UK pension money, according to research shared exclusively with Sky News.

"This is bad for the planet, risky for returns and goes against the values of UK savers," said Mr Curtis, the 'Notting Hill' and 'Four Weddings and a Funeral' screenwriter, who co-founded campaign group Make My Money Matter (MMMM).

Globally 30 football pitches' worth of forest are cut down every minute, according to World Resources Institute. Forests regulate climate, provide food, work, water and shelter and absorb and store the climate-heating gas carbon dioxide.

"There can be no action on climate change without tackling deforestation," Mr Curtis told Sky News. 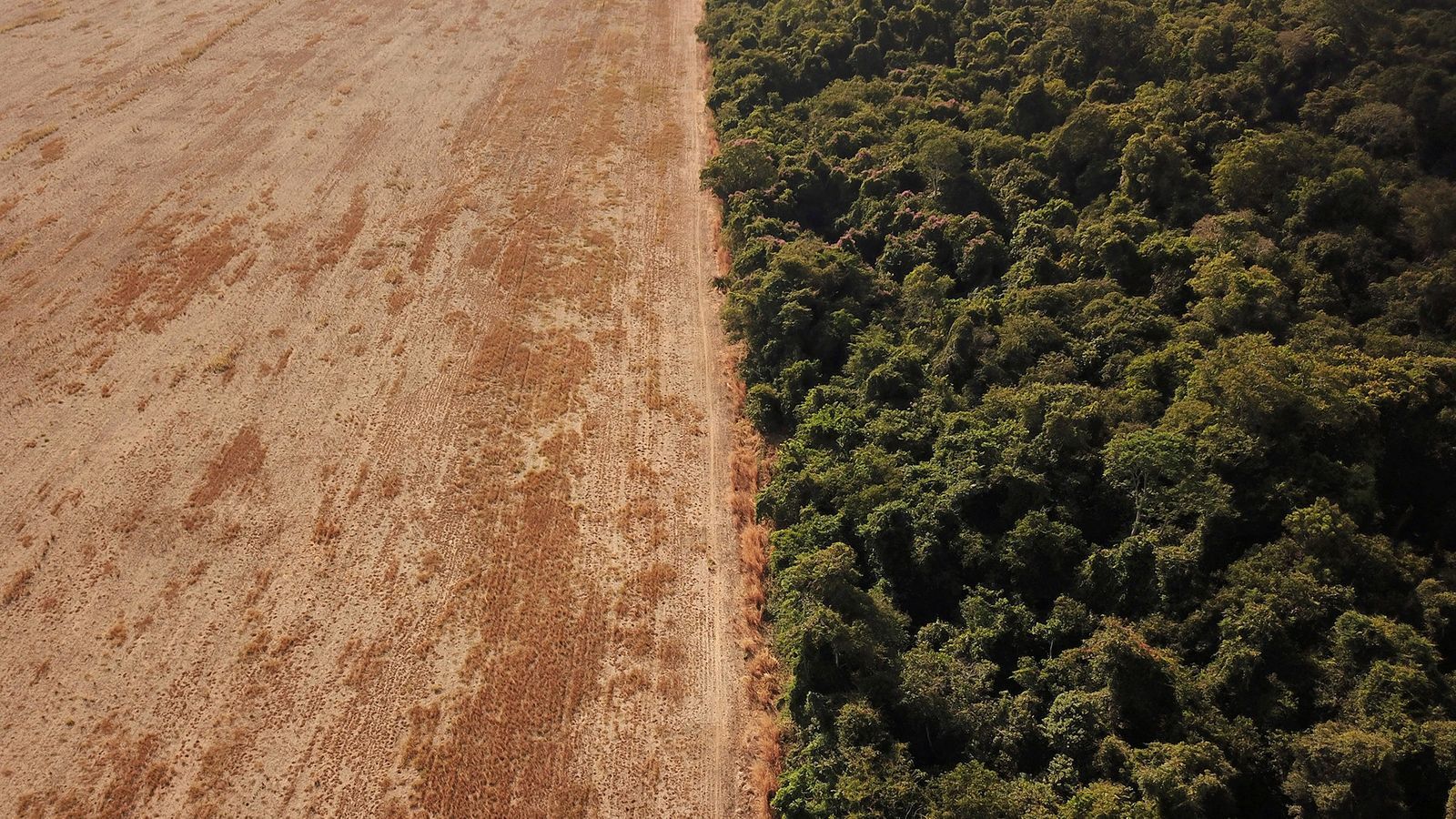 The majority of that deforestation is driven by markets that need commodities from forested land, such as palm oil, soy and beef cattle, according to the joint report from MMMM, Global Canopy and Systemiq.

"So we're all linked in to a global deforestation economy, be it through food or fashion," Global Canopy executive director Niki Mardas told Sky News.

The report points the finger at the financial industry for funding those markets via its pension funds. Mr Mardas says the report's use of language such as "linked to" or "at high risk of" forest loss is because it is difficult to get accurate numbers from "an industry that doesn't offer much transparency".

He claims the figure of £300 billion is likely an underestimate, as they only analysed the certain parts of high risk sectors, and called for better reporting by pension funds.

Nigel Peaple from the Pensions and Lifetime Savings Association said the methodology "relies upon a number of assumptions and generalisations" that make the £300bn figure "very difficult to assert reliably".

Mr Peaple said pension schemes were more selective in screening out companies with poor sustainability records than the analysis suggested, and that they agreed companies with poor environmental records were not well performing long term investments. 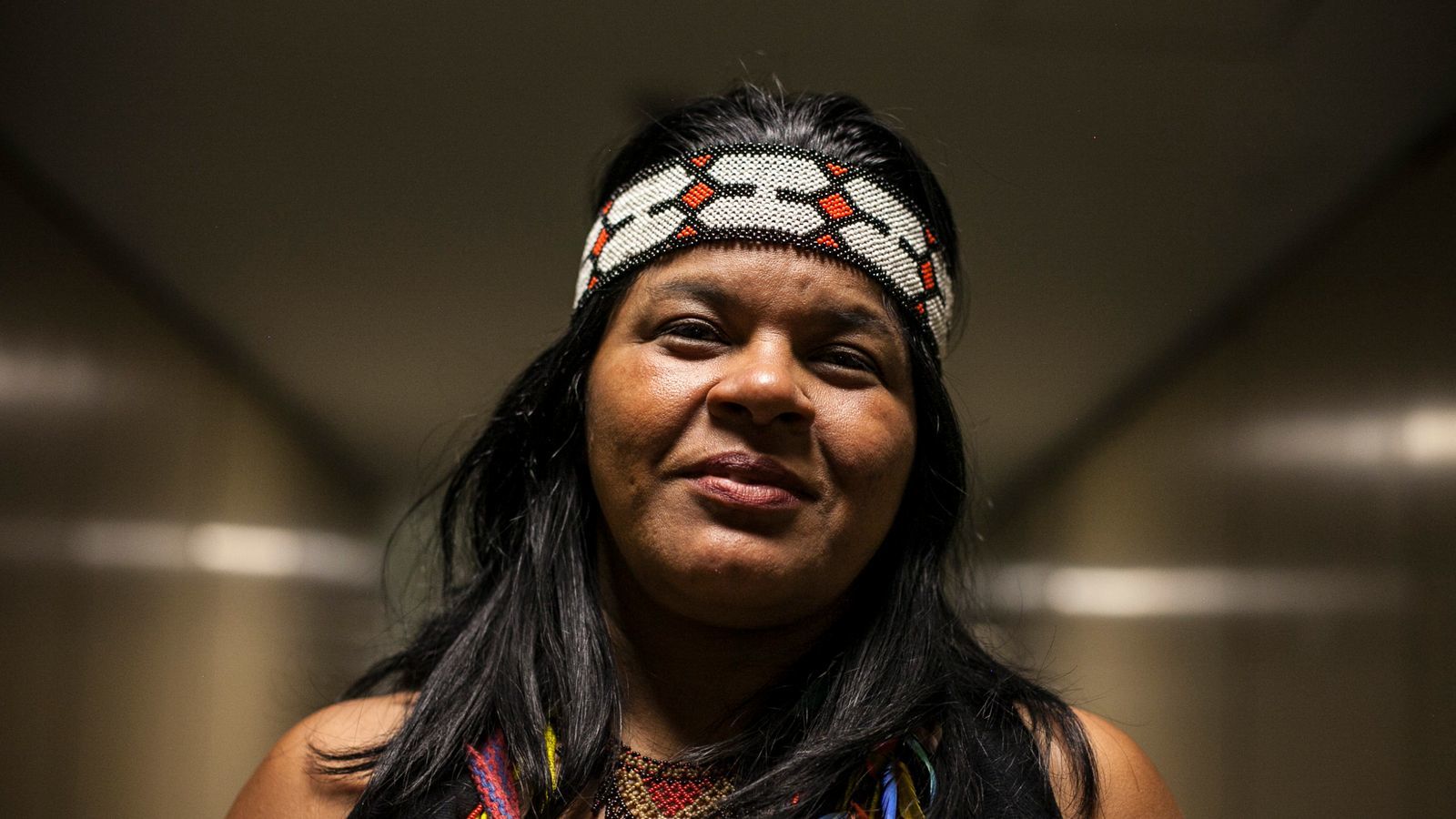 'A world you will want to retire into'

Campaigners want the pension industry to use its "enormous power" to drive change by committing to deforestation free investments, as well as improving transparency.

As for savers, greening one's pension is "probably the single most powerful step each of us can take to cut our carbon footprint," according to Mr Mardas. He called on those with pensions to ask their providers where their money was going, and to tell their employers how they wanted their savings invested.

Sônia Bone Guajajara, Brazilian indigenous activist and politician, said British savers "have power to help save the forests, the power to help protect Mother Earth, and to protect the lives of all who live on the planet.

She urged people to "use your voice to change the way your pension is invested" to create a "world that you will actually want to retire into".