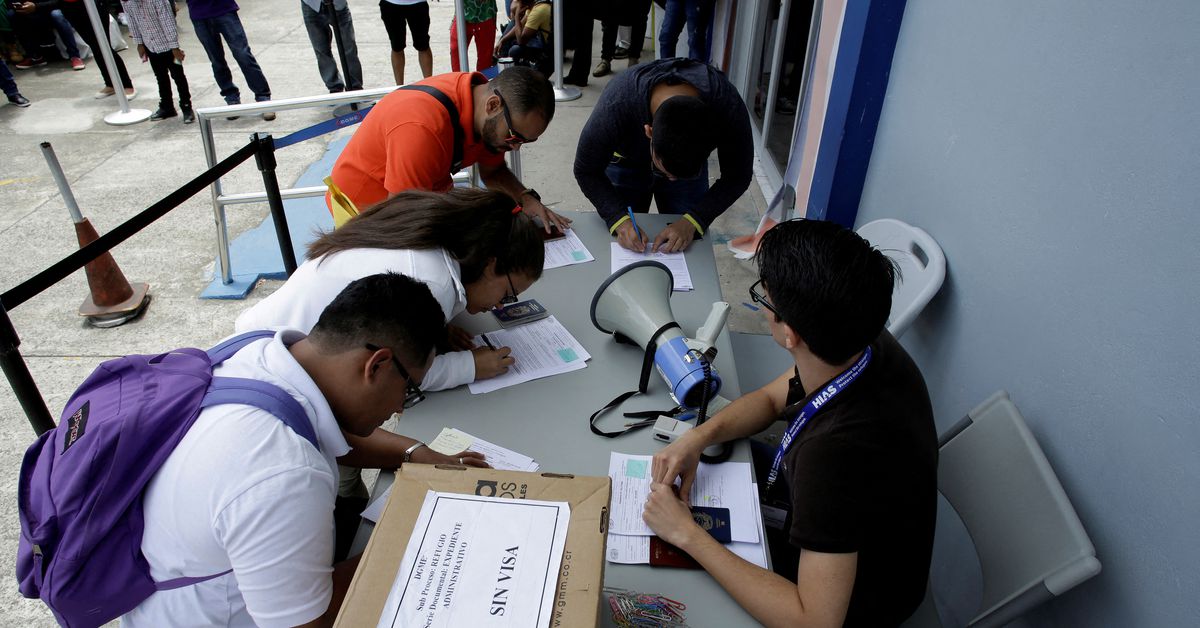 Record number of Nicaraguans sought asylum in Costa Rica in 2021

A record number of Nicaraguans sought refuge in neighboring Costa Rica in 2021, Costa Rican immigration authorities said on Friday, amid a widespread political crackdown against opponents of longtime Nicaraguan leader President Daniel Ortega.
Costa Rica received 53,000 refugee applications from Nicaraguans in 2021, particularly in the months ahead of the elections in November, when Ortega clinched a fourth consecutive term after jailing political rivals.

"It is the largest number of refugee applications (of Nicaraguans) that we have received in history," Daguer Hernandez, the deputy director of Costa Rica's migration agency, told Reuters.

"It's certainly close to the numbers received during the 1980s war, but we don't have records of that," he said.

The Nicaraguan government did not immediately respond to a request for comment.

In 2019, a year after anti-government protests and ensuing government repression rocked Nicaragua, 31,600 requested refuge in Costa Rica. The applications subsided during the pandemic, but escalated sharply in the second half of 2021 in the lead-up to the presidential election, which was criticized by the European Union and the United States as undemocratic.

Among those who fled Nicaragua was Gema Martinez, 31, who said she was arrested for participating in an opposition group called Alianza Civica. Reuters could not independently verify her arrest.

"It is very hard to flee and very expensive to live in Costa Rica, but it is necessary," said Martinez
#Costa Rica
Add Comment