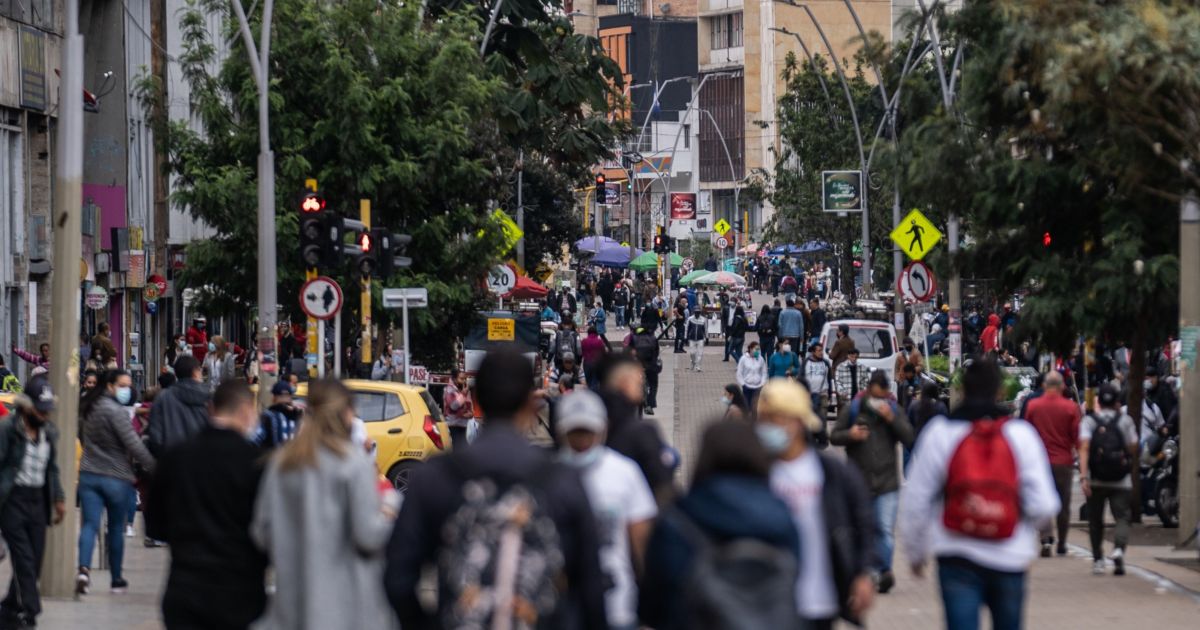 Record expansion: Colombia’s economy grows the most in 115 years

A consumption boom and soaring prices for basics like oil, coal and coffee caused gross domestic product to rocket 10.6 percent in 2021.

Colombia’s economy blew away forecasts as it grew at the fastest pace in more than a century last year, driven by a rebound in consumer demand after pandemic curbs were eased, and soaring prices for the nation’s oil, coal and coffee.

Gross domestic product expanded 10.6% in 2021, the nation’s statistics agency said Tuesday. That’s the fastest pace since at least 1906, according to data compiled by the central bank. 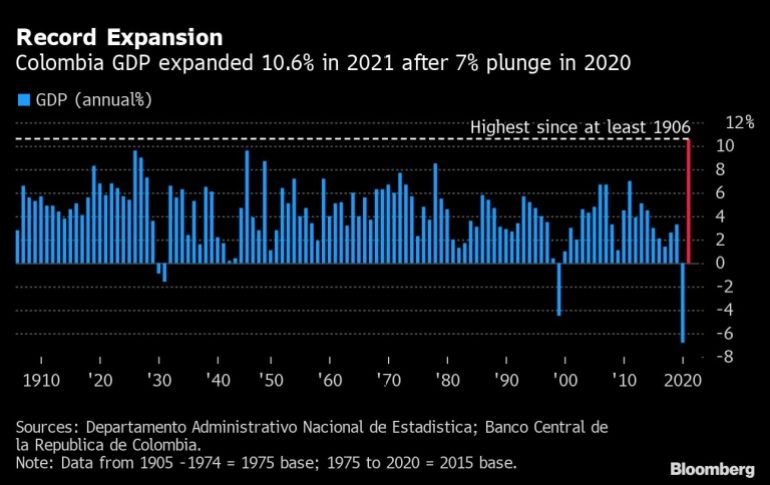 GDP grew 10.8% in the fourth quarter from a year earlier, surprising all 15 economists surveyed by Bloomberg whose median forecast was for growth of 9.3%. Output expanded 4.3% from the previous quarter.

Central banks across Latin America are withdrawing emergency stimulus as countries recover from the Covid-19 crisis, and inflation soars in all the region’s major economies. Colombia’s central bank has raised its benchmark interest rate 2.25 percentage points since September, and traders are betting on further hikes at its coming meetings.

The growth was led by a 21% surge in retail sales and associated services, and also by a 12% expansion in manufacturing.

Colombia’s best year on record followed its worst, in 2020, when curbs intended to curb the spread of Covid-19 triggered mass unemployment and bankruptcies.

The central bank estimates that output has now returned to pre-pandemic levels. The economy will grow 4% this year, outpacing Brazil, Mexico, Peru and Chile, according to analysts surveyed by Bloomberg.

Colombia is a holding presidential election on May 29 with a likely runoff three weeks later. Former Bogota mayor Gustavo Petro is leading in polls. He is popular among poorer Colombians and has pledged to tax the rich and halt oil exploration.

The strong recovery hasn’t undercut Petro’s support in polls, with poverty and the jobless rate still stuck above pre-pandemic levels.