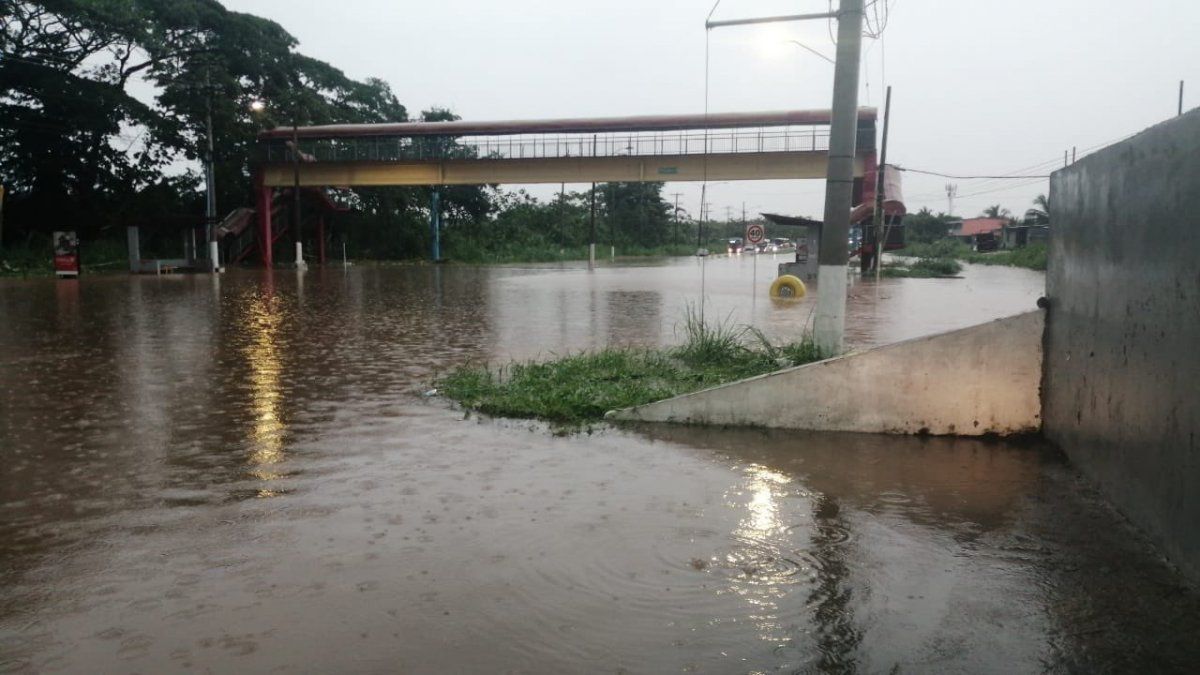 Floods, fallen trees, landslides, and collapse of structures, have been some of the incidents attended by members of the National Civil Protection System ( Sinaproc ) of Panama , due to the heavy rains registered since the early hours of this Monday, June 21.

Likewise, the operation of the water treatment plants for the production of drinking water has been affected.

Likewise, fallen trees are reported on the Trans-isthmic highway, near Chilibre, on Calle Larga in La Chorrera, and landslides on the Inter-American highway, near Arraiján headwaters.

In addition, the Laguna Alta water treatment plant in Arraiján was stopped due to a lack of electricity.

Sinaproc detailed the assistance provided by its staff in Colón, where public transport has registered delays in operations due to flooding between the Puerto Escondido and Altos del Caribe stops.

Sinaproc, in the rainy season, recommends:

- Avoid driving at high speeds
- Do not try to cross rivers, streams or canals
- Avoid being near power lines or poles
- Watch the children
- Guarantee shelter for pets

Currently a warning is in force for the prevention of significant rains and storms due to the consecutive passage of tropical waves, which will be interacting with the low pressure systems of "our region"

Etesa reported that the highest accumulated rains (20 and 70 millimeters) could be registered in the coastal areas, while the highest amounts in the mountainous regions and mountain ranges.