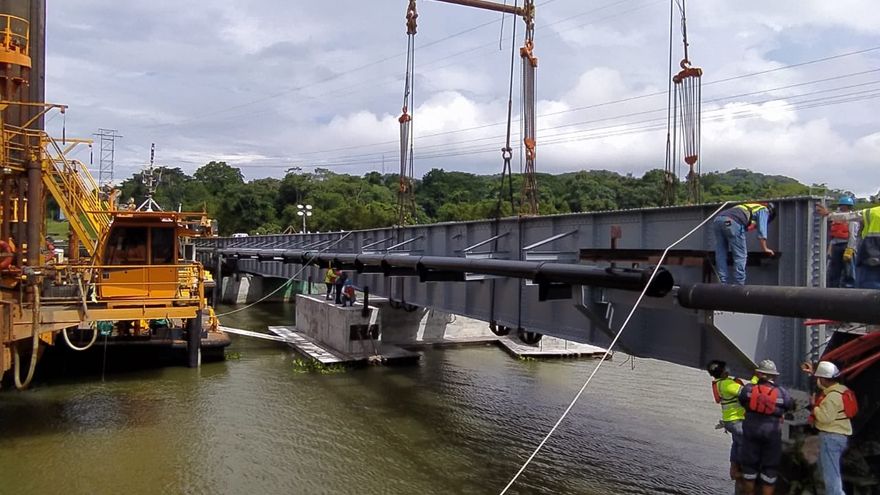 Railway begin operations on Monday after repairing the bridge Gamboa

On Thursday morning, the installation of the new railway bridge in Gamboa was completed.

The president and general manager of Panama Canal Railway Company, Thomas Kenna, reported that the repair and rescue work of the bridge was carried out during the last three months by railway personnel in conjunction with a contractor company.

He indicated that while the construction work of the bases in the water was being developed, the beams were repaired, the work of the pilaster was completed a few days ago, today the two reconstructed pieces were placed and put in place, finally achieving the installation of the bridge.

He added that in the next two days they will proceed to install the railroad track, the necessary force tests will be carried out and it is expected that the container movement service will be restarted on Monday or Tuesday.

It is worth mentioning that this track has been kept out of service after the accident with the Bluebill ship, on June 23, when as it passed through the Panama Canal, it collided with the infrastructure of the railway bridge, knocking down part of this track Through which the train that transports cargo and passengers from Panama to Colon and vice versa.

It is a very happy day for us that we will finally be able to resume the service that was interrupted due to this accident,t Kenna said.