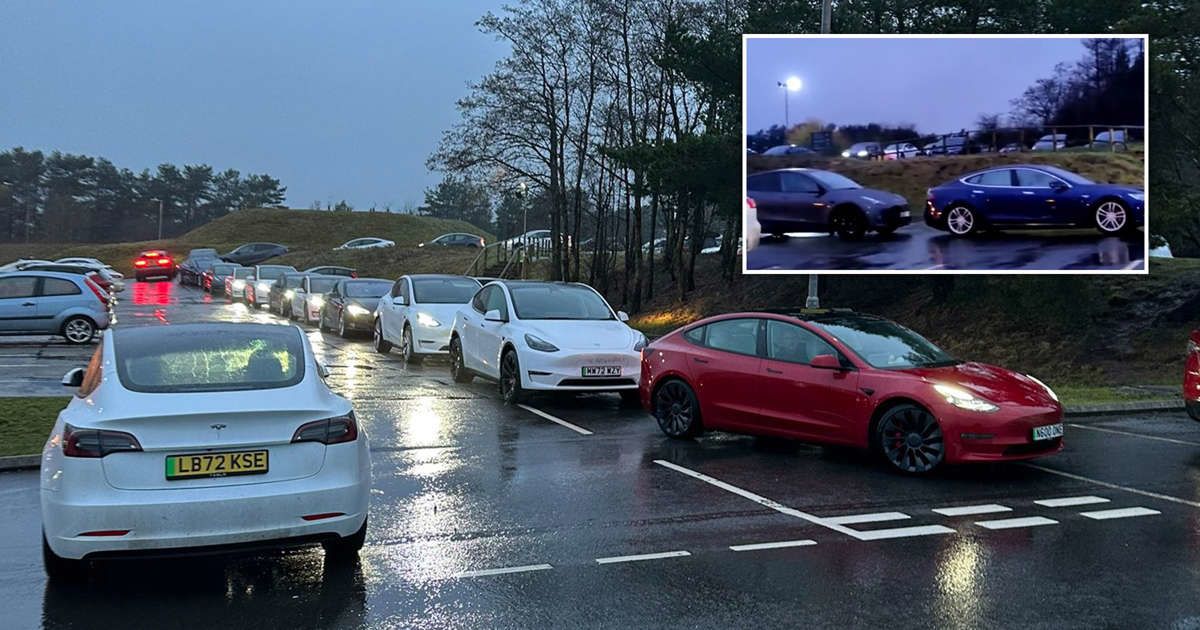 Tesla owners were having a truly British Christmas this year by queuing for hours to charge their electric cars.

Several snaking queues have been spotted up and down the UK over the last few days.

Nearly two dozen cars were logjammed at a charging point in a Waitrose parking lot in the Hertfordshire village of South Mims on Christmas Day.

One TikTok user said the Tesla owners were waiting around one hour to charge their cars at the station.

They said: ‘Here they all are queueing up, waiting for an hour or whatever it is for their charging. They’re everywhere.’

‘All our electric Tesla friends queueing up to charge up at Tebay Services on the post Xmas trip south,’ they said, adding that it was a ‘struggle to park as very busy’. 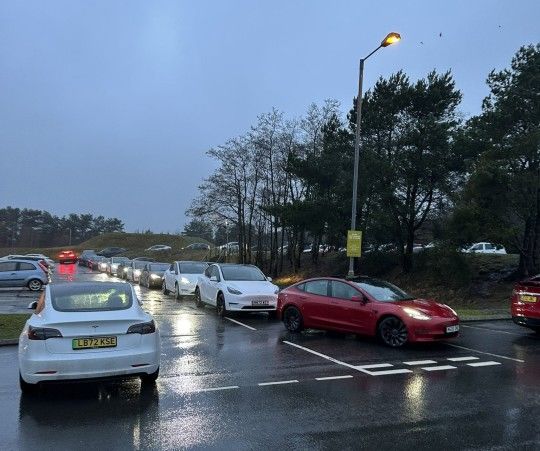 ‘Been here over an hour. Still 15 in front of me in the queue for a charge,’ one user said, ‘easily another two hours to wait – minimum.’

On Twitter, a Tesla car owner who braved the queue said: ‘Really upsetting to have whole family wait for two hours to charge car.’

In Westmorland, north-west England, an electric vehicle driver said the scene at a motorway charging station was ‘bedlam’ yesterday.

A Manchester-based user shared a photo of a dizzying queue of Teslas yesterday.

‘UK services this week have been insanely busy for Tesla charging,’ they said.

‘Currently car 15 in a queue of over 20 … but you can always rely on the British public to make an orderly queue.’