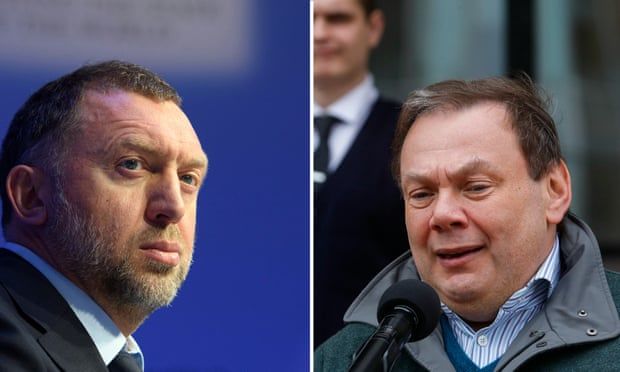 Questions raised over time-lag on UK moves to sanction oligarchs

Only eight people named so far sanctioned in UK with critics saying a process likely to ‘take weeks and months’ allows time for ‘asset flight’
Liz Truss is facing mounting questions over why the Foreign Office will take “weeks and months” to sanction Russian oligarchs, with the UK lagging behind the US and EU after targeting just eight individuals with links to Vladmir Putin.

The Foreign, Commonwealth & Development Office (FCDO) has for days been promising to target a “hit list” of oligarchs but refuses to say when the names will be ready, despite warnings from MPs that billionaires will already be taking their assets out of the country.

Senior Tory MPs have been growing increasingly frustrated by what they see as a lack of preparation on the part of the Foreign Office, with some having warned Truss months ago that the UK should be ready with a response against London-based oligarchs with links to Putin if Russia were to invade.

Labour also raised concern about “asset flight” by oligarchs who fear they may be hit by sanctions soon and worries that the UK is “off the pace” compared with the US and EU.

Priti Patel, the home secretary, claimed on Tuesday there were “legal reasons” for the time being taken, with officials trying to make sure sanctions are watertight against legal challenge.

Cabinet sources insisted the UK had been going further on hitting banks and financial operations with sanctions than other countries, with more than 120 entities targeted to date.

Asked whether more oligarchs would be blacklisted this week, a Foreign Office source said on Tuesday: “We will be sanctioning more oligarchs over the coming weeks and months.”

But David Davis, the Tory former Brexit secretary, said the financial industry sanctions “were not going to hit Putin where it hurts most”.

“We need to target many more of his allies and facilitators that have frankly bought their way into British society and that’s what’s really missing,” Davis said.

He added: “I do worry about the government moving so slowly that its prey escapes it.”

In the House of Commons, Davis named Roman Abramovich, the Russian billionaire with property in London, saying “according to the Spanish national intelligence committee, he is one of the men who manages Putin’s business affairs. That is a really important issue about whether he should be on our target list.”

Abramovich, the Russian billionaire who recently passed stewardship of Chelsea FC to a charitable foundation, has vehemently disputed reportsalleging he is close to Putin or that he has done anything to merit sanctions.

Bob Seely, a Tory MP and member of the foreign affairs committee, said oligarchs needed to be under the spotlight as they were “not just obscenely rich people who are mates with someone” but part of the Kremlin’s “structure of control and power whether it is in east Ukraine or in the UK”.

The EU announced a list of sanctions against Russian businessmen on Monday night, including billionaires Mikhail Fridman and Petr Aven. They have vowed to contest the restrictions.

Fridman is a Ukrainian-born energy tycoon who owns AlfaBank with his partners, including Aven. He bought and still owns Athlone House in Highgate, north London, for £65m in cash in 2016, according to the Land Registry.

The billionaire, who is one of Russia’s richest men, controls private equity firm LetterOne, which owns Holland & Barrett. In a letter to his employees this week, he called for an end to the “bloodshed” in Ukraine and stated that “war can never be the answer”, without directly criticising Putin.

Others to be sanctioned by the EU, but not the UK, include Alexei Mordashov, a major shareholder in TUI, the London-listed travel company. Alisher Usmanov, who has sponsorship links to Everton, also had his assets frozen as part of sanctions imposed by the European Union in response to Russia’s invasion of Ukraine. The Uzbekistan-born billionaire’s USM Holdings sponsors Everton’s training ground, with an initial five-year deal announced in 2017.

Another Russian oligarch not sanctioned by the UK is Oleg Deripaska, who has been on the US sanctions list since 2018 over his alleged links to the Russian government, which he has taken legal action to challenge.

This week, Deripaska called for peace talks to begin “as fast as possible” in a post on the messaging app Telegram. “Peace is very important,” wrote Deripaska, who founded the Russian aluminium giant Rusal, in which he still owns a stake through shares in its London-listed parent company EN+ Group.

The British government strongly defended the sanctions it has already put in place. The Foreign Office source added: “Liz has been clear we have a hit list and we’ll be working our way through that as part of a rolling package. Nothing – and no one – is off the table.”

Robert Jenrick, another former Tory cabinet minister, also argued that the most important sanctions were those that have a “systemic impact on the Russian economy”.

He said parliament “should not be going down the rabbit hole of interest in individuals and oligarchs – important though that is – as that is not going to make a material difference in the short term”.

He added that many of those business people left Russia many years ago and are not currently close to Putin.
#Priti Patel
Add Comment