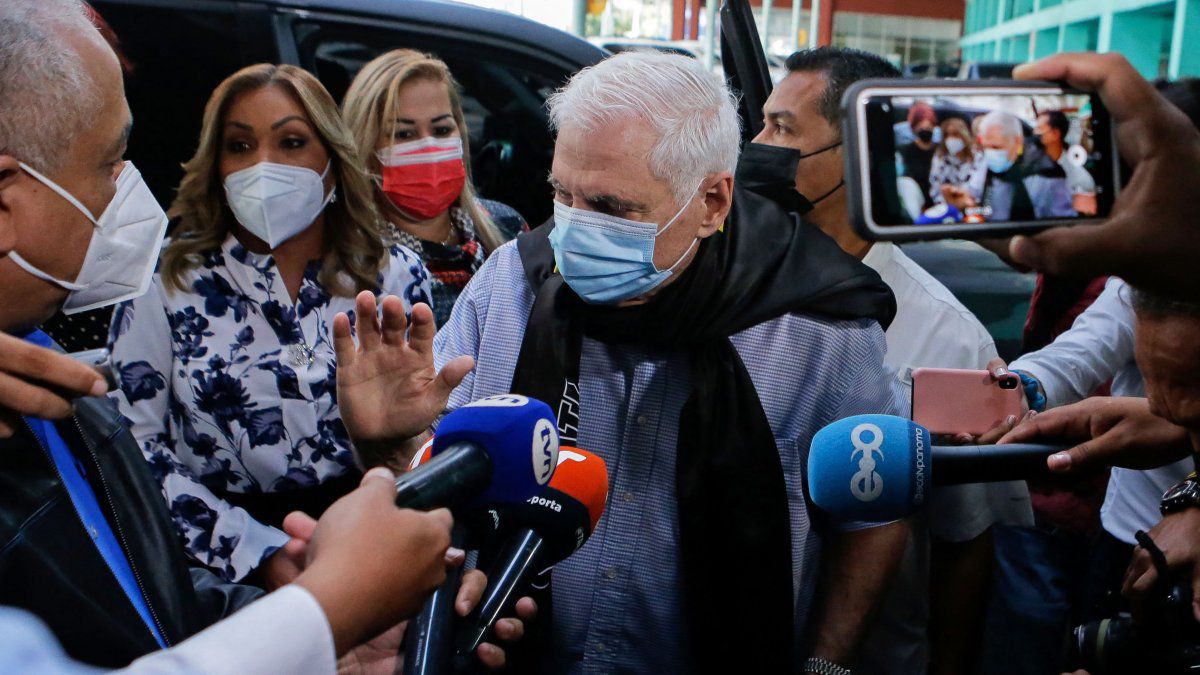 Next Monday, August 9, the oral trial of Ricardo Martinelli for the Pinchazos Case will resume.
More emails intercepted from the National Security Council (CSN) without due judicial authorization were read this Friday, August 6, 2021, on the thirteenth day of the trial that follows former President Ricardo Martinelli (2009-2014) for the political espionage case.

This is information contained in the second of the seven booklets that contain the material that was subject to surveillance between 2012 and 2014.

According to the prosecutor Ricardo González , spokesman for the Special Prosecutor's Office against Organized Crime of the Public Ministry , this Friday they reached page 887 of the second booklet.

“We are about to finish this booklet, giving all the information to the Court, which is having all the information with the evidence, and it is effectively proving how the monitoring, surveillance, monitoring, persecution of political leaders, civil society leaders, was being carried out. There are even personal conversations that I don't know how that could affect national security. Each reading that is done is an element that is incorporated so that the court has the ability to make a decision in accordance with the law, "the prosecutor explained.

However, Martinelli's lawyers continue to attack the act. Alfredo Vallarino, one of those who makes up that team, called it a "waste of time" and questioned that the prosecution has not been able to read pages of the booklets.

“They keep telling you lies, (...) no evidence can be given value that does not have a chain of custody, that an expert has not participated. Today, again the prosecution says that 200 more pages cannot be read. According to them they are illegible. As a defense we told the Court: 'we have the same booklet and here we can read them from A to Z. Why are they not putting that evidence? because there are inconsistencies in the stamps, on the days when the minutes were taken. (...) ”, said Vallarino.

But prosecutor González did not speak of 200 illegible pages, but of 42. “The Public Ministry would be irresponsible if it begins to interpret and not read. We have pointed out that these pages cannot be read because they are unreadable. And that was the topic that was presented today. There were 42 pages that they could not read. That is established, the Court has already said that what is not read is not going to be considered (...) ”, he said.

Former president Martinelli was not present on Friday's session. In the morning, Carlos Carrillo, another of his lawyers, explained that yesterday, in the afternoon, he had a medical evaluation.
#Pinchazos
Add Comment