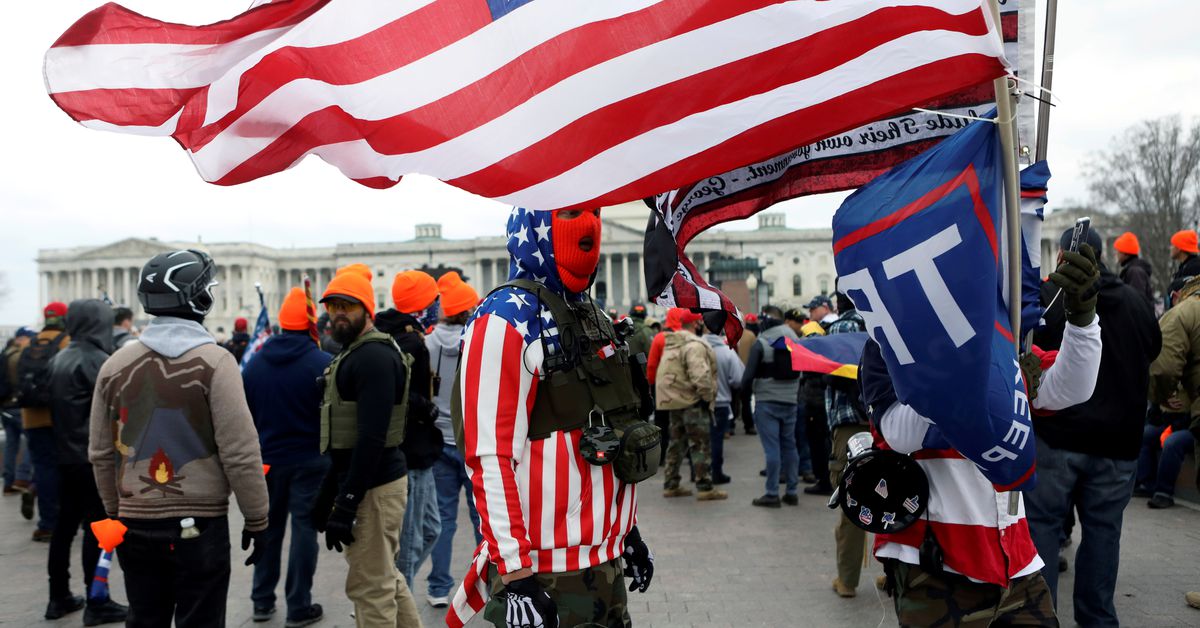 A local man who was in the process of joining the far-right Proud Boys group was sentenced on Monday to serve about 4-1/2 years in prison for his role in storming the U.S. Capitol on Jan. 6, 2021, the Justice Department said.
Joshua Pruitt, 40, a former Washington, D.C. resident, attended a rally with the Proud Boys on the day of the attack, before he breached the Capitol grounds while wearing a tactical glove with knuckle pads.

Prosecutors said he advanced up the steps, leapt over a railing and entered on the U.S. Senate side of the building where he eventually made his way in the direction of the subway used by members of Congress and their staff to travel within the Capitol for voting.

At the time, a security detail for then-U.S. Senate Minority Leader Charles Schumer was whisking him to safety when they saw Pruitt approaching in their direction, and they were all forced to retreat.

Pruitt, who pleaded guilty in June to a charge of obstructing an official proceeding, is not part of the larger seditious conspiracy prosecution pending against six leaders of the Proud Boys, including its former Chairman Enrique Tarrio.

Tarrio and his co-defendants are due to go to trial in December. It will be the second trial involving seditious conspiracy charges.

In September, a group of defendants who belong to or align themselves with the far-right Oath Keepers militia, including founder Stewart Rhodes, will also go to trial for seditious conspiracy charges.

Since the Jan. 6, 2021 attack on the Capitol by throngs of former President Donald Trump's supporters, more than 850 people have been charged for their role in the attack.
#Donald Trump
Add Comment