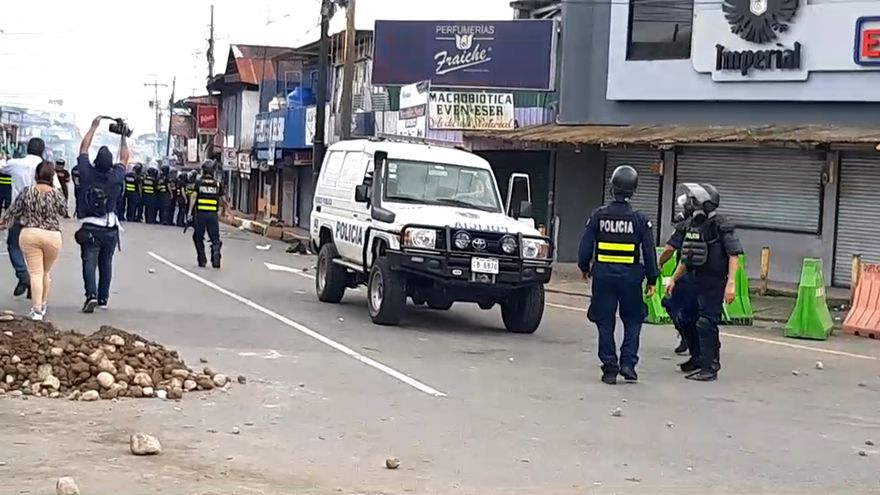 The protests occur to reject the negotiations for a financial agreement between the government of Costa Rica and the International Monetary Fund (IMF), which includes a tax hike and the sale of some state assets.

The protesters threw large amounts of stones along the border, while the police threw tear gas to disperse the protest.

The National Border Service (Senafront) of Panama reinforced security in the border cordon, due to the large number of merchants who were affected by the protests.

Oh ya 152 days ago
They best keep up the fight. Their government is selling out their country. Have the IMP in your country is like having Louie the loan shark at your door
View all comments (1)Add comment