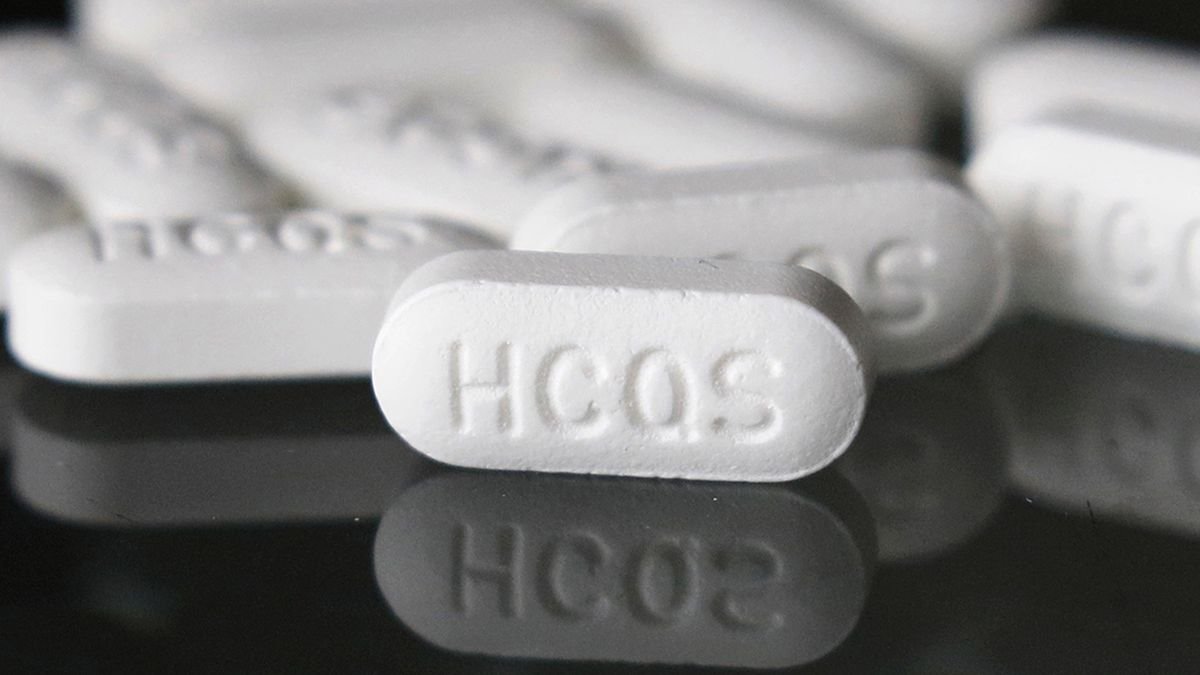 Proposal is being prepared to use hydroxychloroquine again against COVID-19

A group of infectious disease doctors in the front line of battle against Covid-19 signed a proposal for hydroxychloroquine and azithromycin to become part of the drugs for patients with the virus at an early stage.

The doctors argue that recently published data shows that the early use of hydroxychloroquine and azithromycin to treat the disease is associated, clinically and statistically, with the reduction of mortality and admissions in critical care rooms.

The proposal was presented to the dean of the Faculty of Medicine of the University of Panama, Enrique Mendoza, to be discussed in the Advisory Health Council, and with advisers.


The use of hydroxychloroquine and azithromycin is again a matter of debate among the country's medical community, after Guy De la Rosa, a Panamanian infectologist based in Boston, United States, developed a proposal to resume its use.

The proposal, which was signed by several infectologists from two of the main hospitals in Panama - the Dr. Arnulfo Arias Madrid Hospital Complex and Santo Tomás - recognizes that the therapeutic role of hydroxychloroquine is controversial, but warns that “most of the studies published to date do not reflect the optimal use of the drug, particularly during the early phase of Covid-19 ” .

Doctors argue that recently published data supports the use of hydroxychloroquine for its effect on the "reduction" of days of hospitalization, admission to intensive care units and mortality of patients with the disease.

The infectologists who sign the proposal for the reimbursement of hydroxychloroquine and azithromycin are Alfredo Cantón, Rafael González, Boris Castillo, Darío Flores and Eira García, who provide services at the Dr. Arnulfo Arias Madrid Hospital Complex of the Caja de Seguro Social y the Santo Tomás Hospital.

The proposal was sent this week to the dean of the Faculty of Medicine of the University of Panama, Enrique Mendoza, to be submitted for discussion in the Advisory Health Council, of which he is a member, together with the team of technical advisers of the Minsa.

The issue of the drug was addressed last Sunday, July 5, at the conference "Comprehensive Management of Patients with Covid-19 in phase 1", organized by the Student Association of the Faculty of Medicine of the University of Panama, in In which several doctors from the first line of care participated, who raised their observations on hydroxychloroquine, before its use was suspended, on May 26. Among those panelists were the infectologists who presented the proposal: De la Rosa and Flores.

In that virtual conference, the former Health Minister and member of the Advisory Council, Camilo Alleyne, stated that he would propose a revision to the treatment protocols for patients with Covid-19.

The infectologists agree that the recently published data shows that the early use of hydroxychloroquine and azithromycin for the treatment of the disease is associated, clinically and statistically, with the reduction of mortality, as well as the reduction of admission in the intensive care units. In addition, that the clinical experience regarding the use of hydroxychlorquine and azithromycin for the treatment of Covid-19 in adults in Panama is extensive and supports the effectiveness, as well as the safety, of said drug.


Javier Nieto, member of the thematic group protocol and treatment of Covid-19, prepared a proposal that was delivered to the Minister of Health, Eyra Ruíz, in which she states that the evidence, to date, regarding chloroquine and hydroxychloroquine remains debatable and inconclusive given the limitation of the study methodological designs.

It also indicates that there are a not inconsiderable number of regulatory agencies, such as the United States Food and Drug Administration (FDA) and the European Medicines Agency, that have considered discontinuing the use of hydroxychloroquine and the chloroquine as part of patient management with Covid-19, especially since the potential risks from its use may outweigh the benefits.

Nieto recalled that the World Health Organization and Recovery, in the United Kingdom, considered withdrawing the therapeutic arm of hydroxychloroquine given the little benefit of these drugs.

He added that the potential use of this drug could be considered in clinical trials that could evaluate the safety profile and its efficacy, although in the current scenario of withdrawal from the main multicenter trials, this recommendation could be considered a bit out of time.