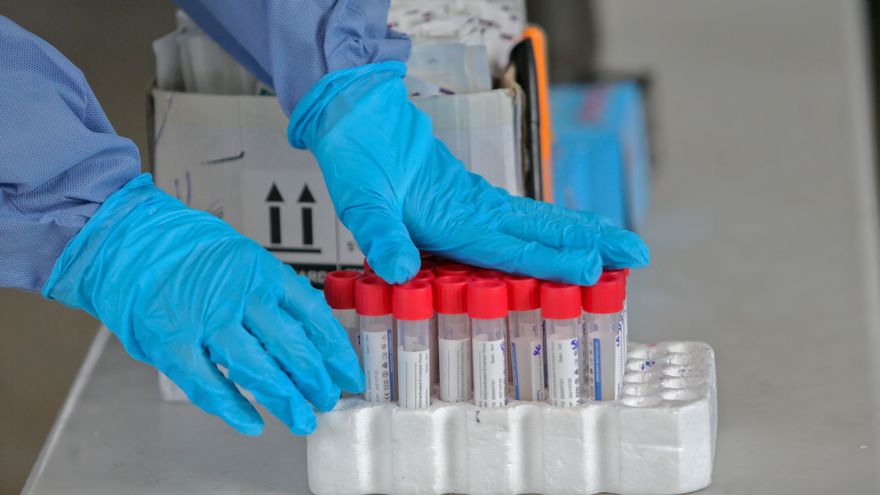 The Panamanian Association of Private Hospitals issued a statement this Thursday in which it expresses to the Minister of Health its dissatisfaction with the cancellation of the possibility for some facilities to carry out tests for the detection of COVID-19.
The deputy director of the Metropolitan Health Region, Yamileth López, pointed out that there are private laboratories that are conducting COVID-19 tests and are not reporting the results in a timely manner to the Minsa. All that private laboratory that is not reporting the documentation to the Ministry of Health, which is the highest ruler of public health, will be closed, they have the endorsement but they are not reporting within 48 hours as established, reporting the evidence, emphasized López.

The Minsa reported that three private laboratories, to which two calls for attention had been made, were sanctioned for not complying with the immediate notification of the results of the tests of positive patients with COVID-19, detailing that they even reached take up to seven days to make the report.

It is implausible, Mr. Minister, that in the midst of a pandemic the Regulatory Entity that you lead, decides to cancel private hospitals to carry out outpatient tests for the detection of Sars-CoV-2, citing delays in the entry of the results of said tests in the SISVIG and ENTERPRISE systems. It is widely known that both systems have weaknesses, since user traffic far exceeds the installed capacity of said system, indicates the Association in the note addressed to the head of Health, Luis Francisco Sucre.

The Association stressed that private hospitals, which have authorization from the Gorgas Memorial Institute to perform antigen, serological and PCR tests, have been in solidarity with the country, providing care that the State is not able to offer to the entire population.

We demand that the Minister immediately revoke said measure, because if he did not do so, he would be as responsible as the official who applied it for the negative consequences on the health of Panamanian citizens and foreigners who live in the Republic of Panama, said the statement.
#MINSA  #Sucre  #Gorgas  #COVID-19  #Covid
Add Comment