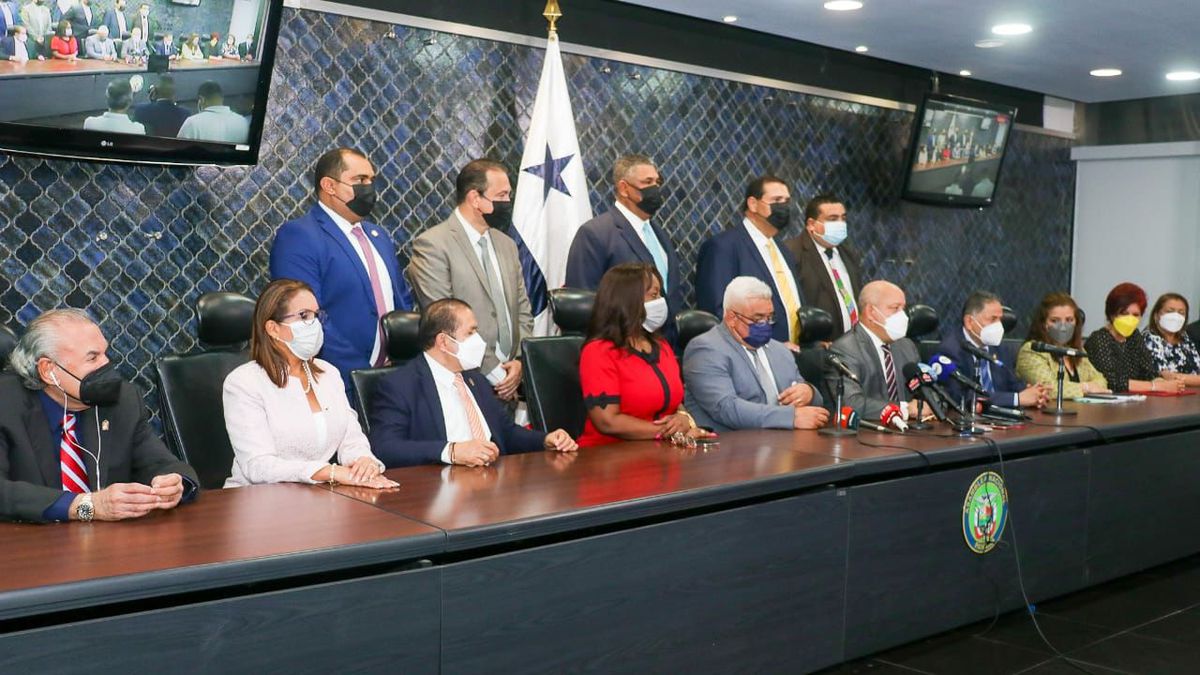 The National Assembly in conference referred to the withdrawal of the TE magistrates from the first debate and called for a joint review of the electoral reforms.

The president of Panama, Laurentino Cortizo assured through his Twitter account that he met with the presidents of the Electoral Tribunal (TE), Heriberto Araúz; and that of the National Assembly, Crispiano Adames, to address the first debate on the electoral reform project.

"With deep respect for the democratic institutionality, and in the interests of the best interest of the country, I have met today with the presidents of the National Assembly and Electoral Tribunal, who agreed to meet next Tuesday, September 14, in relation to the 1st debate by part of the Legislative Organ of the electoral reforms, bearing in mind that every five years the country must modernize and strengthen its norms in this matter, with responsibility and respect, to contribute to the consolidation of our democracy, "said the president about the meeting.

The president's statements come after the TE magistrates decided to withdraw from the debate in the Government Commission in the National Assembly, where modifications were presented to the project presented by the National Electoral Reform Commission and several articles of opinion were eliminated without consultation. this proposal that included topics such as campaign donations and electoral jurisdiction, among others.

Previously, the magistrate Araúz had issued a statement to the president of the Government Commission, Víctor Castillo, in which they expressed their withdrawal from the discussion and stressed that it was a setback that was made with the modifications included in the project that seeks to reform the current Electoral Code.

The National Assembly responds to the issue at a conference

Minutes after President Cortizo's message, deputies of the National Assembly at a press conference confirmed the meeting scheduled for next Tuesday, September 14.

However, the President of the Assembly indicated that as a State Organ it will not condition, decline or renounce its role of restructuring the laws.

Also ensuring that the pertinent conditions are fostered to contribute to the process of strengthening electoral reforms.

"For this reason we call on the public to have a sincere evaluation of how the debate that was presented in the Government Commission has been ... We consider that any body, party, association, has the free right to express an opinion, but in a moment difficult as we live, opinions should not increase the level of unease, "said Adames.

Adames stressed that there has been no prior communication or conference since he points out that this institution has played the role of understanding the processes and seeking conciliation.

"We consider that we are close to it, without declining our functions and constitutional powers of structuring, proposing, receiving and understanding jointly with the Electoral Tribunal everything that means for us an advance in the democratic process ... we have no disagreement with the Sectors that call themselves independent, we all have the same guarantees, but the political parties have their rules and they have been the guarantee that this country has a just democracy," he added.
Add Comment