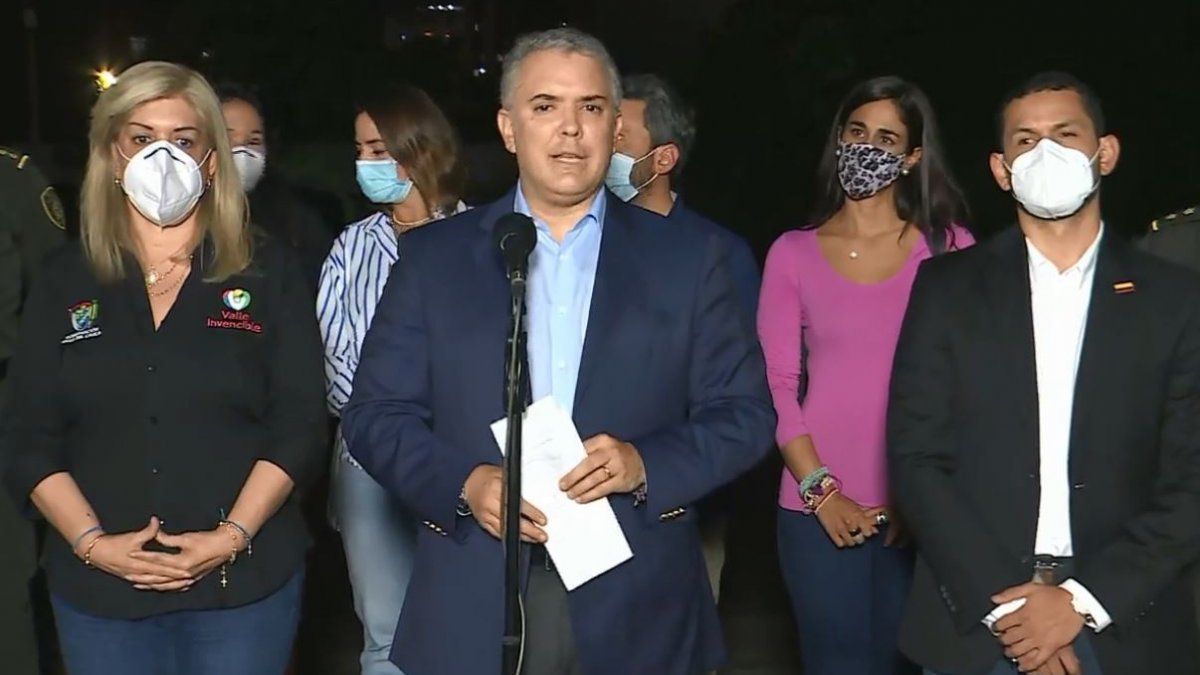 Colombia completed a month of social outbreak against the government, with protests and street closures, which has left almost fifty dead.
The president of Colombia , Iván Duque, announced this Friday "the maximum deployment" of military assistance for the department of Valle del Cauca (southwest) and its capital, Cali, which today experienced a new wave of violence during the sixth "national strike" in which at least three people died.

"Starting tonight, the maximum deployment of military assistance to the National Police begins in the city of Cali and in the department of Valle," Duque said in a statement from that city, where he leads a security council to address the situation.

Under the form of "military assistance", the soldiers are deployed in several of the main cities of the country until the events that disturb public order and which began exactly a month ago cease.

Today in Cali three people died in crimes committed in the La Luna sector, in the center of the city, where an armed civilian, a member of the Prosecutor's Office, shot several people who were blocking the area and was later lynched to death.

There were also attacks against the press in the Ciudad Jardín sector, where several people in civilian clothes were firing at the protesters and also clearly identified journalists.

The president of Colombia explained that this deployment will allow the military capacity to be tripled "in less than 24 hours throughout the department", which will also ensure "assistance in neuralgic points where we have seen acts of vandalism, violence and urban terrorism of low intensity".

The objective is to seek the "protection of the corridors of the department" with the unblocking of the highways as "principle" and "measure to protect the rights of all citizens."

"There are more than 7,000 men (between police and soldiers) detached for this work," said the president.

Duque also stressed that the "country has always maintained channels for deliberation and consultation regarding the needs of the citizens" but "not negotiating the Constitution or the rights of citizens."

Meanwhile, thousands of people returned to the streets of cities like Bogotá this Friday, where there are at least twenty peaceful and festive concentrations, as well as in Medellín, Bucaramanga and Cartagena, where the demonstrations continue to be active although with less intensity. .

However, in addition to Cali, there was also violence in the town of Madrid, near Bogotá, where the protesters clashed for hours with the Mobile Anti-riot Squad (Esmad) of the Police.

"I have forcefully asked the commander of the department's Police, the Esmad commander to withdraw from our population. We do not want more victims in our population, we want Madrid to be a territory of peace and we have been in these confrontations for a long time today," said Mayor Andrés Tovar.
Add Comment