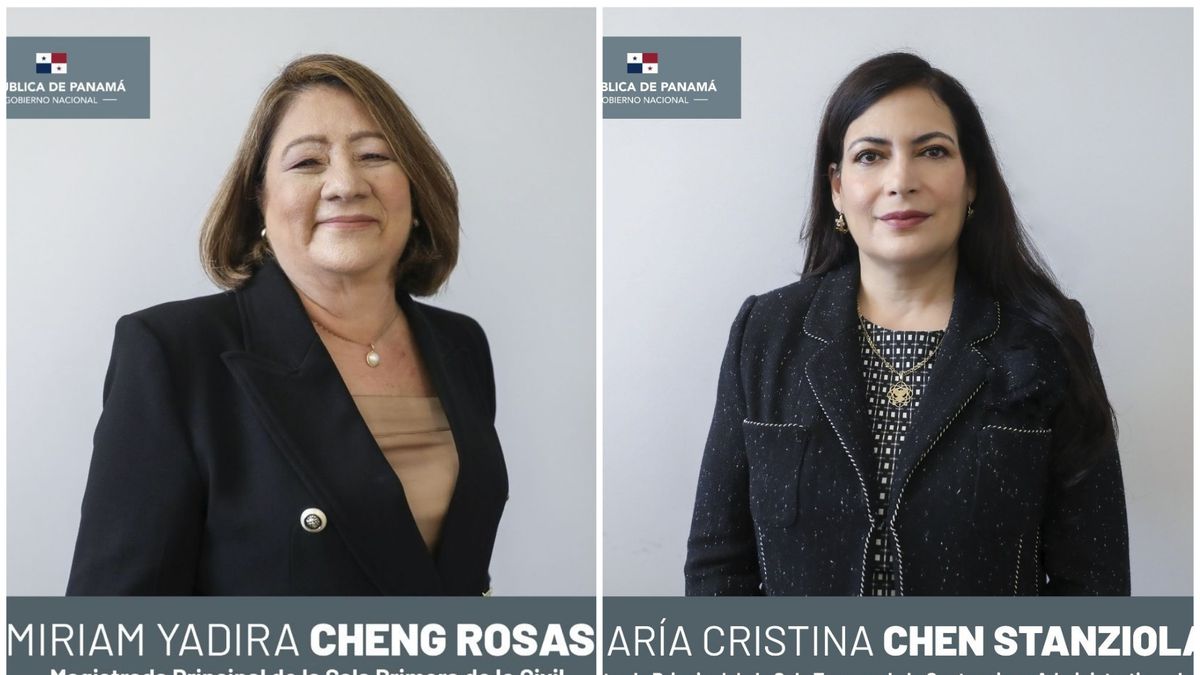 Isis Omaris Joseph Garzón was appointed as a substitute magistrate for magistrate Cecilio Cedalise in the Third Chamber of Administrative and Labor Litigation.

On December 31, 2021, these positions will remain vacant, so the Executive had to make these appointments. Rosas Cheng and Chen will take office from January 1, 2022.

On July 26, the Special Evaluation Commission, which was in charge of interviewing 77 applicants to occupy the positions of magistrates of the Supreme Court, gave President Cortizo a short list with 11 recommended for the First Civil Chamber and 12 for the Chamber Third of the Administrative and Labor Litigation.

Subsequently, the Executive body evaluated the applicants through psychometric tests and personal interviews. The results were presented to the Cabinet Council for analysis and decision.

" In compliance with my campaign promise and the objectives of our action plan, I established the commitment to guarantee the selection of professionals whose merits qualify them to be part of the Supreme Court of Justice. For the first time I honored said commitment when in 2019 I proceeded to the appointment of three main magistrates as well as six substitute magistrates. At that time and in this process, it gave us the need to have magistrates characterized by their independence, criteria, commitment, knowledge and character, "said President Cortizo.
Add Comment