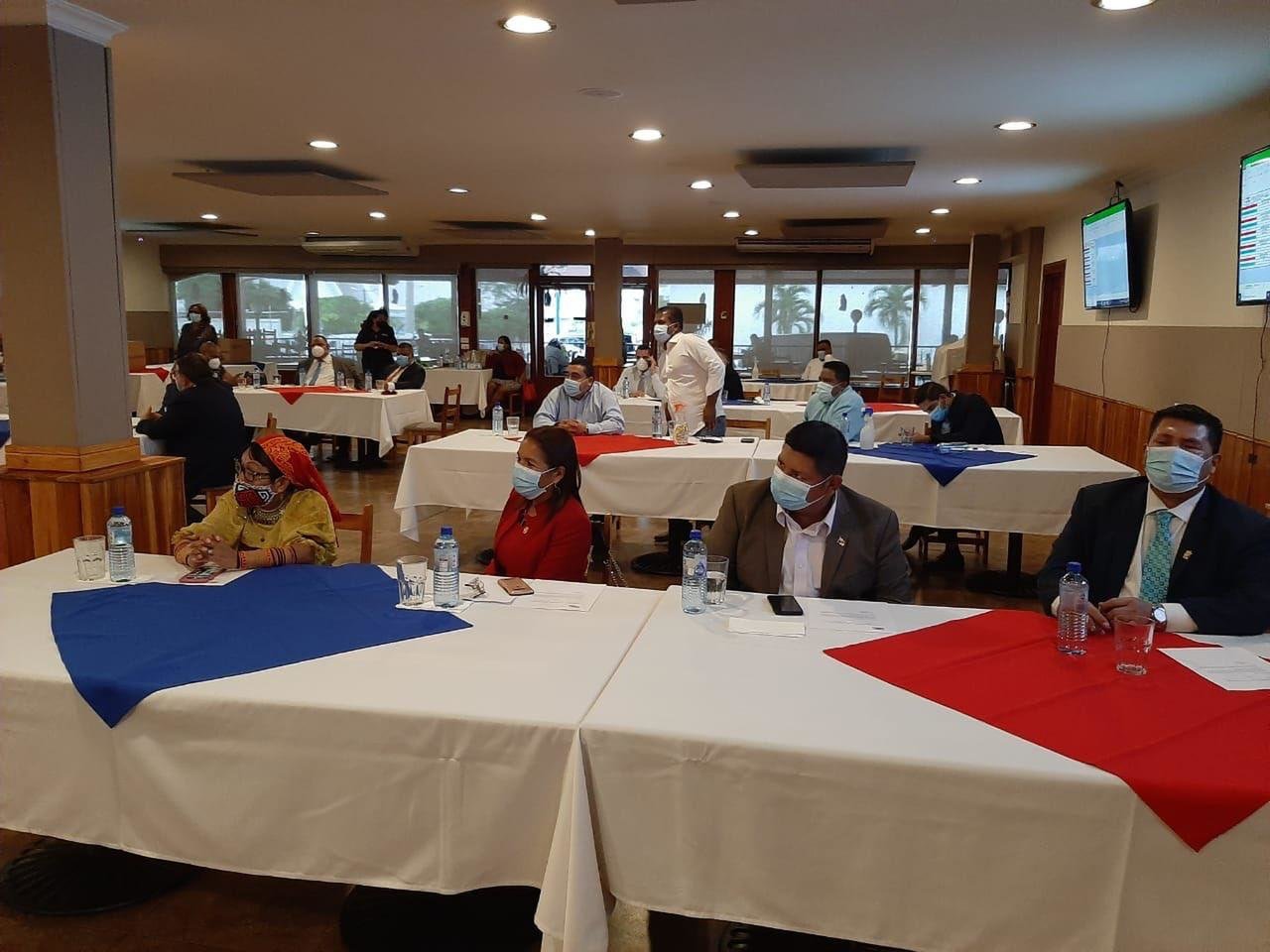 PRD justifies the meeting at Jimmy's, but did not want to 'circumvent' the quarantine

The official Democratic Revolutionary Party (PRD) justified holding a meeting of its caucus in a restaurant, but offered apologies for the "outrage and discomfort" that the event has aroused in the population.
In a statement released this Friday, the secretary general of the PRD, Pedro Miguel González, also apologized to the Koumanis family, owner of Parrillada Jimmy’s, which opened its doors to welcome the deputies, despite the fact that the Ministry of Health (Minsa) In March, had ordered the closure of all the restaurants, as a measure to contain the coronavirus pandemic. Since then, restaurants can only serve at home or dispatch take-away orders.

González indicated that the caucus did not want to meet at its offices in the National Assembly - "because it is a partisan activity" - and could not do so at the PRD headquarters, on Avenida México, because it is "undergoing renovation."

The Minsa announced the opening of an investigation, and González said that "it will bear the consequences" and that it does not intend to "circumvent the rules imposed to guarantee the health and well-being of Panamanians."

The position assumed by González this Friday is very different from the one transmitted by the PRD the day before, when his deputies were surprised at a meeting called to choose the board of directors of the National Assembly, starting on July 1.

González and the deputy president Marcos Castillero - who is seeking reelection - participated in that meeting , as well as the Minister of Labor and Labor Development, Doris Zapata , who is the first vice president of the PRD.

The Mitradel, precisely, has prohibited the holding of labor meetings with the face-to-face participation of more than 10 people. More than 30 deputies participated in the Jimmy's meeting, as well as other members of the party - such as González and Zapata - and the staff who work in the restaurant.

The meeting of the caucus was convened through a resolution of the National Executive Committee (CEN) of the PRD, which is signed by - in addition to González and Zapata - Rosario Turner and Eyra Ruiz, Minister of Health and Minister Counselor on health issues, respectively. Turner occupies the third undersecretary's office of the CEN and Ruiz, the second.
#MINSA  #Coronavirus
Add Comment