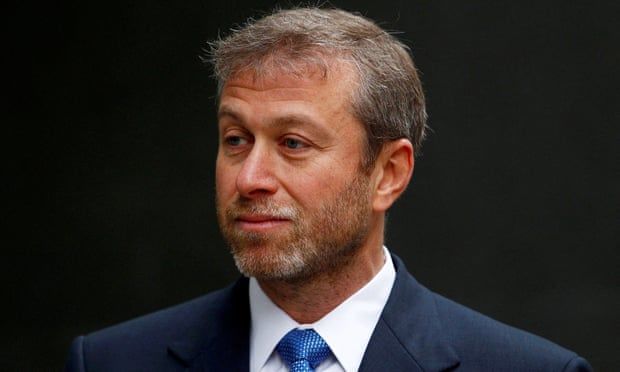 Portugal to change law under which Roman Abramovich gained citizenship

Government says it will modify legislation giving nationality to descendants of expelled Jews to prevent it being ‘manipulated’
The Portuguese government is to tighten the law granting nationality to the descendants of Jews who were expelled from the Iberian peninsula 500 years ago, as concerns grow over the controversial decision to award Roman Abramovich citizenship because of his apparent Sephardic Jewish heritage.

The Russian oligarch and Chelsea FC owner, who is now subject to UK and EU sanctions because of his ties to Vladimir Putin, was granted Portuguese citizenship last year under a 2015 law designed to make amends for the mass banishments at the end of the 15th century.

On Wednesday, however, the Portuguese government said it had decided to modify the nationality-by-descent law to prevent the legislation being “manipulated”.

The move comes as the Portuguese prosecutor’s office investigates how Abramovich was awarded his citizenship, and days after the rabbi who certified the oligarch’s Sephardic descent was arrested in the city of Oporto.

The foreign minister, Augusto Santos Silva, said a new decree would introduce “a requirement for [applicants to demonstrate an] effective connection with Portugal”.

According to Portugal’s Público newspaper, the proposed changes to the law could require applicants to provide proof of a material connection to the country, such as evidence of visits or inherited property there.

Last December, the Russian opposition leader, Alexei Navalny, hit out at Portugal’s decision to grant citizenship to Abramovich, describing him as “the closest oligarch to Putin and one of his wallets”. “He finally managed to find a country where you can give some bribes and make some semi-official and official payments to end up in the EU and Nato – on the other side of Putin’s frontline, so to speak.”

Daniel Litvak, the chief rabbi of the Jewish Community of Oporto, was arrested last week and is understood to be under investigation for the alleged offences of “influence peddling, active corruption, document forgery, money laundering, qualified tax fraud and criminal association”.

Meanwhile, a separate inquiry into the use of the citizenship law has already led to the start of disciplinary proceedings against employees at Portugal’s Institute of Registries and Notary, which provides nationality and passport services.

In a statement, the Jewish community of Oporto said: “As soon as Jewish communities start making their mark in European territory, the influential antisemites in society will attempt to destroy Jewish life bit by bit, synagogue by synagogue, organisation by organisation, using the same methods once employed in the Soviet Union.”

It described the allegations against Litvak as “unbelievable anonymous denunciations” and said that while it had received the sum of €250 from Abramovich, it had “worked in full transparency and maintained rigorous and honest standards” while evaluating Sephardic ancestries.

The community also said it was no longer interested in collaborating with the Portuguese state in certifying people as Sephardic Jews. It declined to comment on whether the oligarch was a direct or indirect benefactor of the community, whether it remained confident about Abramovich’s certification, or whether it was reviewing the decision.

According to a document on its website, “certificates may be annulled if it comes to the committee’s notice that false documents were used in the certification process”.

The community’s website says the “overwhelming majority” of the certificates issued have been granted to descendants from traditional Sephardic families who have lived for centuries in the Balkans, the Middle East and north Africa. To date, almost 57,000 people have been granted Portuguese nationality under the 2015 law.

A similar but more stringent Spanish law, which was introduced a year earlier, requires proof of ties to Spain as well as taking a language and culture test. It attracted more than 132,000 applications before the deadline of 1 October 2019.