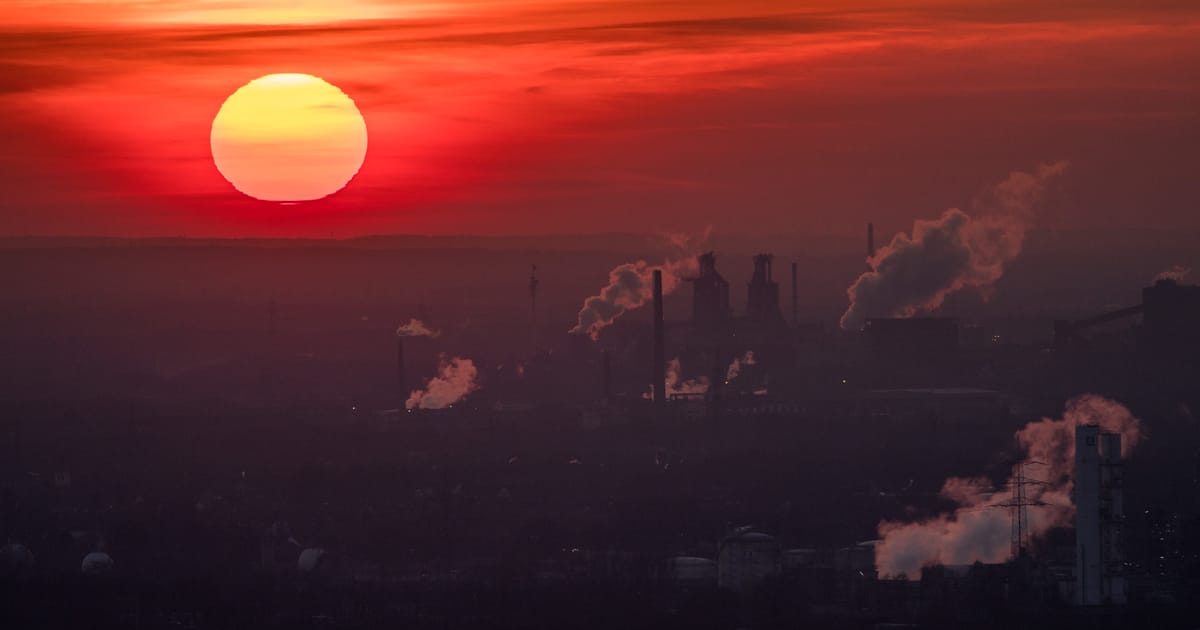 Populists vs. the planet: How climate became the new culture war front line

Delegates landing in Egypt's Red Sea resort of Sharm El-Sheikh for U.N. climate talks this week are a global elite bent on tearing down national borders, stripping away individual freedoms and condemning working people to a life of poverty.

That dark view is held by a range of far-right or populist parties — among them Donald Trump’s Republicans, who are seeking to retake control in Tuesday’s U.S. midterm elections. Some of these radicals are rampaging through elections in Europe while others, such as Brazil's President Jair Bolsonaro last week, have been defeated only narrowly.

Right-wingers of various strains around the world have co-opted climate change into their culture war. The fact this is happening in countries that produce a large share of global greenhouse gas emissions has alarmed some green advocates.

In the U.S., Republicans are eyeing a return to power in one or both houses of Congress in Tuesday’s midterm elections. Many at the COP27 talks will be reliving the first week of the U.N. climate conference in Morocco six years ago when Trump’s election struck the climate movement like a hurricane.

A Republican surge would gnaw at the fragile confidence that has built around global climate efforts since President Joe Biden’s election, raising the specter of a second Trump term and perhaps the withdrawal — again — of the U.S. from the landmark 2015 Paris climate deal.

“I don't want to think about that,” said Teixeira’s co-author Laurence Tubiana, a former French diplomat who led the design of the Paris Agreement and who now leads the European Climate Foundation.

Some on the American right are pushing a more conciliatory message than others. “Republicans have solutions to reduce world emissions while providing affordable, reliable, and clean energy to our allies across the globe," said Utah Congressman John Curtis, who will lead a delegation from his party to COP27.

Tubiana and others in the environmental movement are trying to put on a brave face. They argue Republicans won't want to tamper too much with Biden’s behemoth Inflation Reduction Act, which contains measures to promote clean energy.

"You might see railing against it, and I'm sure there'll be lots of political talk and rhetoric, but I don't expect that would be a focus for the Republicans," said Nat Keohane, president of the Center for Climate and Energy Solutions, a green NGO based in Arlington, Virginia. Nevertheless, if Republicans take both houses, "we certainly won't make any progress," Keohane said.

Trump’s first term and the presidency of Brazil’s Bolsonaro — which ended in a narrow defeat in last month's election — now look like the opening skirmishes in a struggle in which the planet’s stability is at stake.


In parts of Europe, the right present their policies as sympathetic to the risks of climate change while dismissing internationally sanctioned action as sinister elitism that threatens their voters' prosperity.

“The Sweden Democrats are not climate deniers, whatever that means,” Swedish far-right leader Jimmie Åkesson told a crowd days before a September election that saw his party win big. But Sweden’s current climate plans, Åkesson said, were “100 percent symbolic” rather than meaningful. "All that leads to is that we get poorer, that our lives get worse.”

This is the gibbet on which the far right are hanging environmentalism: depicting them as the witting or unwitting cavalry of global elites.

“We consider it to be a globalist movement that intends to end all borders, intends to end our freedom, intends to end our freedom for our identities,” Javier Cortés, president of the Seville chapter of Spain’s far-right Vox party, said in an interview with POLITICO. “We are not in favor of CO2 emissions. On the contrary, we want to respect the environment. All we are saying is that the European Union has to clarify that it wants to sell us a climate religion in which we cannot emit CO2, while we make our industries disappear from Europe and we need to buy from China.”

To describe this as climate denial — a common but often inaccurate charge — would be to miss the point that this is now just another front in the culture wars.

Online disinformation about the last U.N. climate talks was largely focused on the hypocrisy and elitism of those attending, according to research from the Institute for Strategic Dialogue (ISD). The main spreaders weren’t websites and figures traditionally associated with climate denial, but culture war celebrities such as psychologist Jordan Peterson, Rebel Media’s Ezra Levant and Dilbert cartoonist Scott Adams.

But while economic interests may be powering parts of the movement, there is also a sense of political opportunism at work. Huge changes to the economy will be needed to lower emissions at the speed dictated by U.N.-brokered global climate goals. There will be winners and losers — and the losers may gravitate toward populists pledging to take up their cause.

“Far-right organizations are recognizing this as a potentially lucrative topic that they can win votes or support on,” said Balsa Lubarda, head of the ideology research unit at the Centre for Analysis of the Radical Right.

The far right's focus on the losers has been "turbo charged" by the energy crisis, said Jennie King, head of civic action and education at ISD, which populists have wrongly argued is the fault of green policy. The European Parliament’s coalition of far-right parties has grown and capitalized on the energy crisis by joining with center-right parties to vote down environmental legislation.

Sweden’s Prime Minister Ulf Kristersson — newly elected with Åkesson's support — aims to dilute the country's ambitions for cutting some greenhouse gas emissions, a move center-right Liberal Environment Minister Romina Pourmokhtari justified in familiar terms: “That is a reaction to the reality people are facing.” And in Britain, Brexit leader Nigel Farage retooled his campaign to become an anti-net zero mouthpiece. 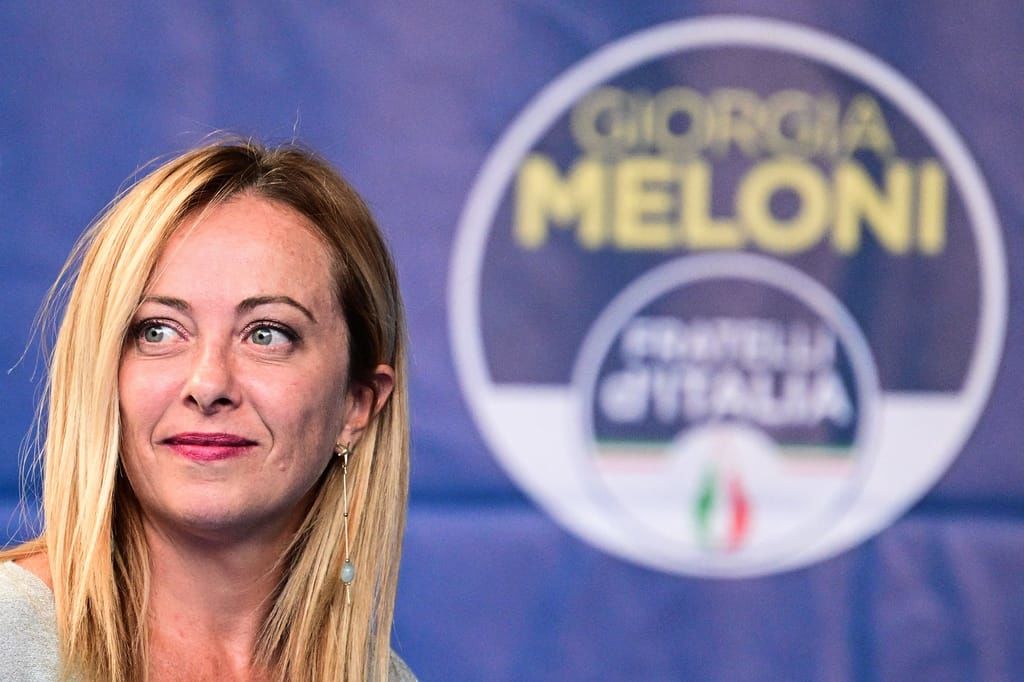 Strains of right-wing ecology may also mean that not all groups are actively hostile to the climate agenda, said Lubarda. Italy’s new Prime Minister Giorgia Meloni is a huge fan of the books of J.R.R. Tolkien, which center on the Shire, an idealized bucolic homeland. Meloni says she wants to reclaim environmentalism for the right, but the protection of national economic interests still comes first.

“There is no more convinced ecologist than a conservative, but what distinguishes us from a certain ideological environmentalism is that we want to defend nature with man inside,” she said in her inaugural speech to parliament last month.

While Meloni has announced that she will attend COP27, she has also renamed the Ministry for the Ecological Transition the Ministry for Environment and Energy Security. The governing program of her Brothers of Italy party includes a section on climate change, but it strongly emphasizes the need to protect industry.

It’s this broad sense of demotion and delay that alarms those who are watching these ideas grow in stature among populists on the right. They say that while it may not sound like climate denial, the result is effectively the same.

“You can say that you are climate friends,” said Belgian Socialist MEP Marie Arena. “But in the act, you are not at all. You are business friends first.”