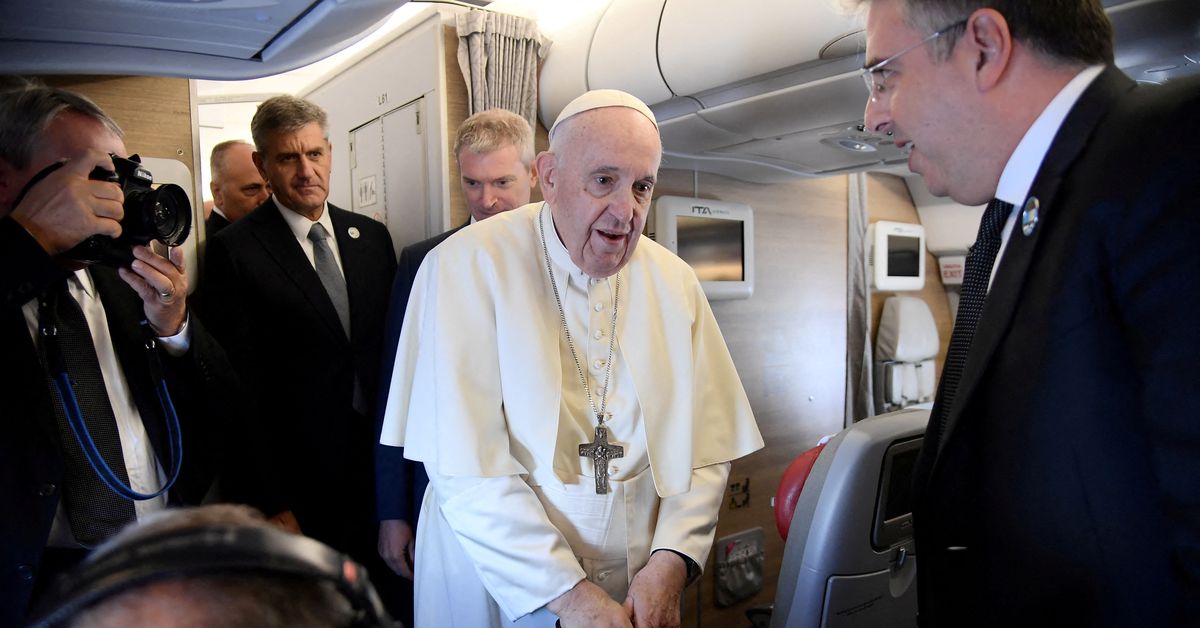 Pope Francis asked the Nicaraguan government on Thursday to allow expelled nuns of the order founded by Mother Teresa to return to Nicaragua, saying they were harmless "revolutionaries of the gospel."

The 18 nuns of the Missionaries of Charity order were taken to the border with Costa Rica in July as part of a crackdown on the Catholic Church by the government of Daniel Ortega.

The Church in the Central American country acted as a mediator during 2018 protests against the government. Since then, the Church has had a strained relationship with the government after calling for justice for more than 360 people who died during the unrest.

"At the very least I would expect that the sisters of Mother Teresa (be allowed) to return," Francis said in response to a question about Nicaragua on the plane returning from a Kazakhstan trip.

"These women are good revolutionaries, but of the gospel. They are not making war against anyone. On the contrary, all of us need these women," he said, adding that their expulsion was "inexplicable."

The nuns, who had been working among Nicaragua's poor for more than 30 years, had their legal status revoked.

NICARAGUA'S CRACKDOWN ON THE CHURCH

In recent months, authorities of the Sandinista government have detained priests while others have gone into exile.

Bishop Rolando Alvarez of Matagalpa in the north of the country was whisked away during a pre-dawn raid last month and put under house arrest in the capital Managua.

Alvarez, a critic of Ortega's government and one of the Nicaraguan Church's most influential figures, had been confined for two weeks in a Church house in Matagalpa along with five priests, one seminarian and a cameraman for a religious television channel.

In March, the Vatican's ambassador to Nicaragua, Archbishop Waldemar Sommertag, who had been critical of Nicaragua's slide away from democracy, had to leave the country suddenly after the government withdrew its approval of the envoy.

Bishop Silvio Baez, also a critic of the government, went into exile in 2019.

Sid 140 days ago
Yup the Catholics just cant take no for a answer. Too many alter boys to diddle with just to leave Nicaragua
View all comments (1)Add comment