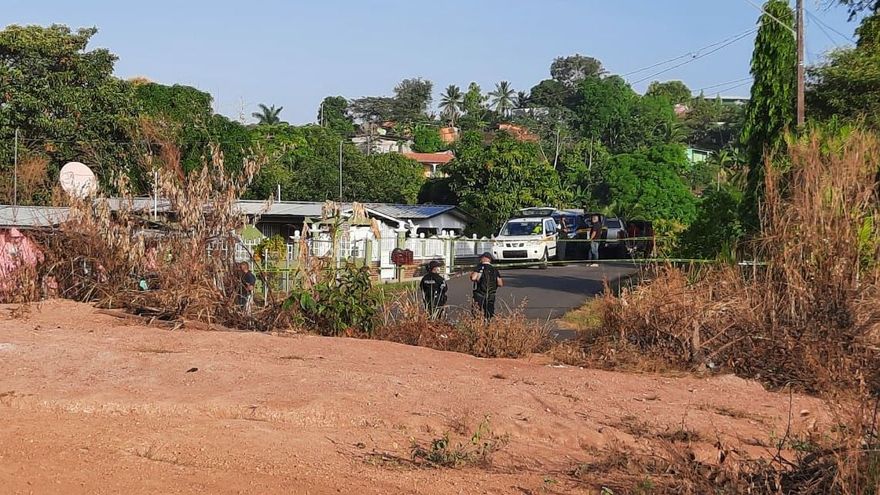 The National Police reported that this morning they went to the Altos de San Francisco in La Chorrera sector after a telephone call informed them about the attack with a knife against two women, in which one lost her life.

According to the preliminary report, upon arrival at the scene, the police officers realize the urgency of the situation and take the two women with various injuries to their bodies to the Nicolás A. Solano Hospital, where the doctors rule the death of a young woman of 22 years old and diagnosed as stable the condition of the other 43-year-old female, after being attacked by a police officer.

The young woman had been murdered by her partner, with whom she had a 2-year-old boy in common.

It should be noted that the subject left the scene of the events, but was later located in the La Pesa sector at his brother's house, where he voluntarily turned himself in.

In the police report, to which Telemetro had access, they refer to the aggressor as a police unit with the position of Agent and he is 24 years old. The report also indicates that he was in an administrative capacity, since in recent days he had threatened a First Sergeant in the Metro.

The Public Ministry confirmed the arrest of the person accused of this homicide.

On the other hand, Commissioner Ignacio Taylor, from the Panama West Police Zone, referred to this femicide and pointed out that "as a policeman we will not tolerate any violent act."

Taylor added that they will offer psychological support to the minor who was practically orphaned after this tragedy.

The National Police of Panama issued a statement this afternoon through which he lamented the murder of a woman of 22 years at the hands of her partner, a police officer of 24, who dealt him several stab wounds with a gun.

"As an institution that guarantees security, and that maintains faithful compliance with a policy of zero tolerance for all acts of violence, and in a very special way, those committed against women, it deeply regrets the death of a 22-year-old girl at the hands of a member of the National Police, who was his partner, in an event that occurred in the town of Guadalupe, La Chorrera district," the statement said.

The note from the entity reveals that the unit involved in this femicide was on his day off and adds that "he was performing administrative functions in the National Police, because he was receiving psychological treatment, therefore he did not carry the regulation weapon".

It is also reported that the murderer tried to evade his responsibility by fleeing the crime scene, but was apprehended after activating the security protocols, being placed under the orders of the competent authority.

The young woman's mother was also injured in this incident, and she was transferred to the Nicolás A. Solano Hospital.
Add Comment