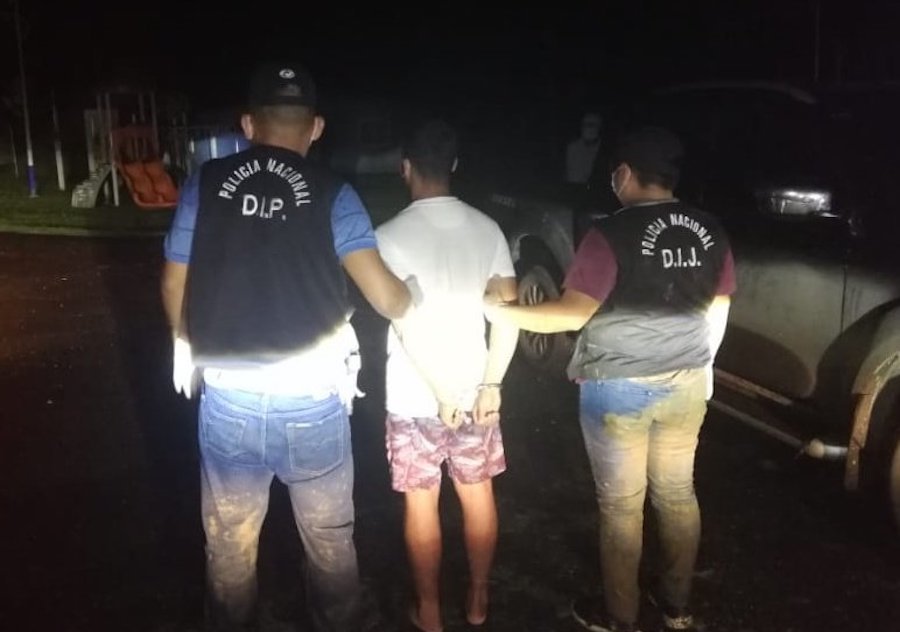 Police arrest a suspect for the murder of 7 young people

The National Police confirmed this morning the arrest of a suspect allegedly involved in the murder of the 7 youths, which occurred on Friday in the province of Colón, and whose bodies were found in a bunker.

The subject was captured on Saturday night in the Achiote community on the Costa Abajo, the same day that the bodies of the youths were found, according to police after the fierce operations they undertook.

The Public Ministry reported that the Homicide and Femicide Section of the Colón Prosecutor's Office will present the charges and request precautionary measures for this subject at the Guarantees hearing to be held in the next few hours.

The homicide prosecutor Adolfo Pineda revealed to media that the bodies correspond to three men and four women, between the ages of 17 and 20, who were located in the area near Margaritas, in the township of Cristóbal Este.

According to the first observations, the young people had wounds compatible with firearms in their bodies, however, the Institute of Legal Medicine and Forensic Sciences (Imelcf) had to confirm this.

Previously it had been reported that a group of 13 young people who had gone for recreation in Gatun Lake, had been allegedly intercepted by two citizens with firearms, according to those who managed to escape from the place and return to their homes. There are 6 survivors and the Public Ministry are contact with them to clarify the facts.

Criminal Stoppers Panama account (@tupistapty) asked those who have information about the events, to send them details anonymously through: https://panama.tupista.org/denuncias/homicidio-femicidio/

Oh ya 227 days ago
All for some cell phones and maybe a little cash. Very sad for the families and the country. Open the country so people can make a living Mr President
View all comments (1)Add comment