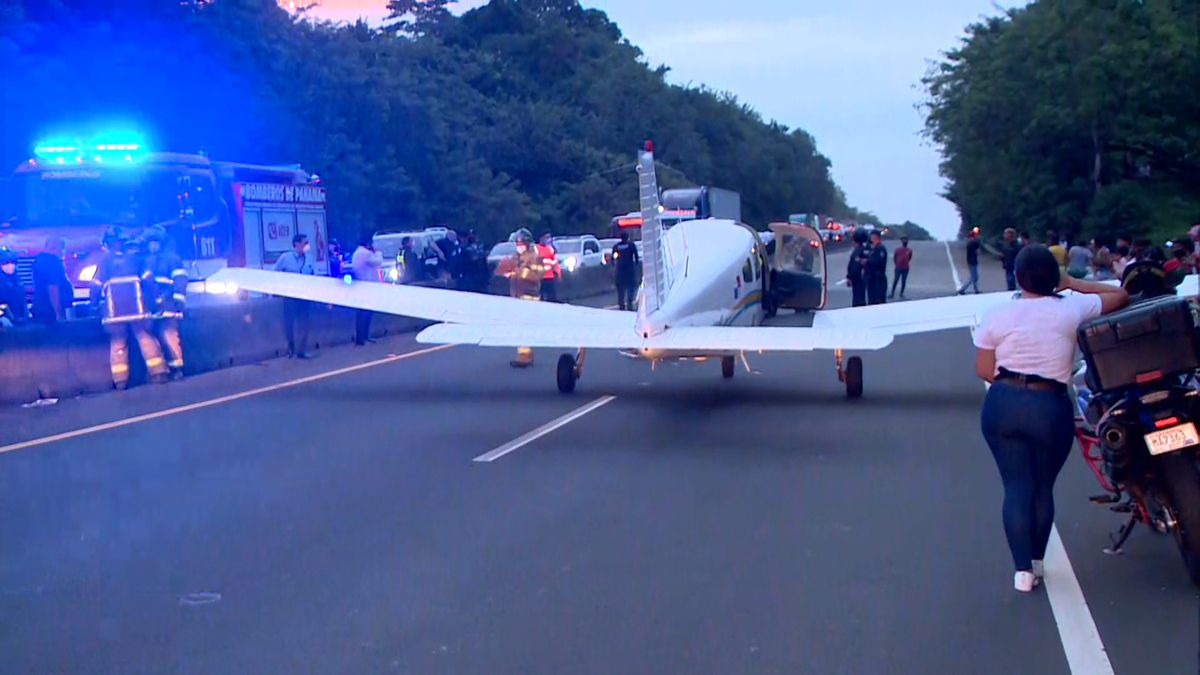 The pilot of the plane reportedly indicated to the control tower that it had a mechanical failure before the emergency landing.

The Meritorious Fire Department of Panama reported this afternoon on the emergency landing of a small plane in the North Corridor.

Firefighters came to the scene to help in this emergency.

It should be noted that the director of the Civil Aviation Authority, Gustavo Pérez, indicated that the captain who piloted the aircraft was moving from the Marcos A. Gelabert Airport to the Calzada Larga Airport, which is used for flight practice.

"The pilot indicated that he had a mechanical failure and the best he could do was find a safe place to land and I think he did it the right way and was able to land here in the North corridor," said Pérez.

Two people were on board in the training plane (aviation student and instructor) and it was stated that Civil Aeronautics personnel are in the area to begin with the investigations and the removal of the plane from the area.

So far no injuries have been reported and the plane has no damage to its structure.

It should be noted that the traffic on this road remained heavy in view of the fact that the aircraft obstructed two sections towards the city of Colón and in light of this the company MiBus indicated that the routes to Chilibre (T033, T021 and T022) will be taking towards San Isidro to connect with the Trans-isthmic Highway and continue its journey to Chilibre.

Oh ya 106 days ago
Well that student just got a lesson of a life time, just what to do when things go south in real time not from a lesson written in a book
View all comments (1)Add comment