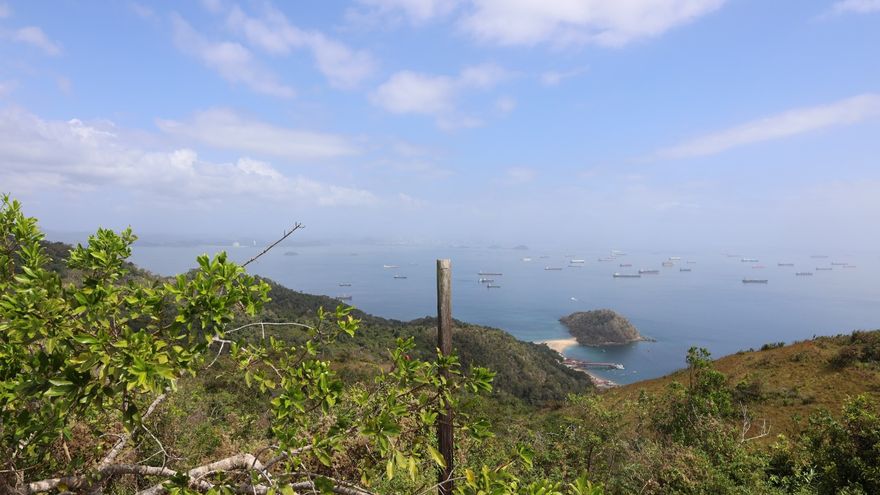 Plan to develop tourism potential in Isla Taboga is launched

Iván Eskildsen, general administrator of the Panama Tourism Authority (ATP) held a meeting with local authorities of Isla Taboga, to explain the content of the Sustainable Tourism Master Plan (PMTS 2020-2025), the 1,000km of trails project, the Tourism Destination Management Committee that recommends the PMTS and planned projects for the district.
Between May and June, the ATP is scheduled to start a series of projects in this community, which are part of the Integral Urban Development of Cities with a Tourist Vocation program, which is being developed with a loan of $100 million, approved by the Inter-American Bank Development (IDB).

By May it will begin with the land use planning and local development plan in the district; and in June, with the support of Ampyme, the training project for entrepreneurs will be launched, in order to generate economic opportunities and diversify the destination's offer.

Elizabeth Cedeño, from the IDB ATP Executing Unit, said that in addition to these initiatives, the potable water and sewerage system project is being preliminarily raised, which is one of the most important works planned for the district, with which it is intended improve the quality of life of the population and the service to tourists.

She added that it is planned to update the National Plan for Tourist Culture, in order to sensitize the population about the importance of sustainable tourism as a generator of wealth.

Taboga has approximately six lodging places between hotels and hostels and a population of approximately 1,600 people who are dedicated mostly to fishing, tourism and the sale of food.

The island also offers various attractions, such as hiking (La Cruz, Tres Cruces and Cerro Vigía); and it has a trail circuit of approximately 10 km made up of four different routes.

The Comprehensive Urban Development of Cities with a Tourist Vocation program is currently being developed in Pedasí, Bocas del Toro, Boquete, Taboga, Santa Catalina and Tierras Altas, and as part of it a project is being carried out for the historic center of Panama City.
#Cedeño
Add Comment