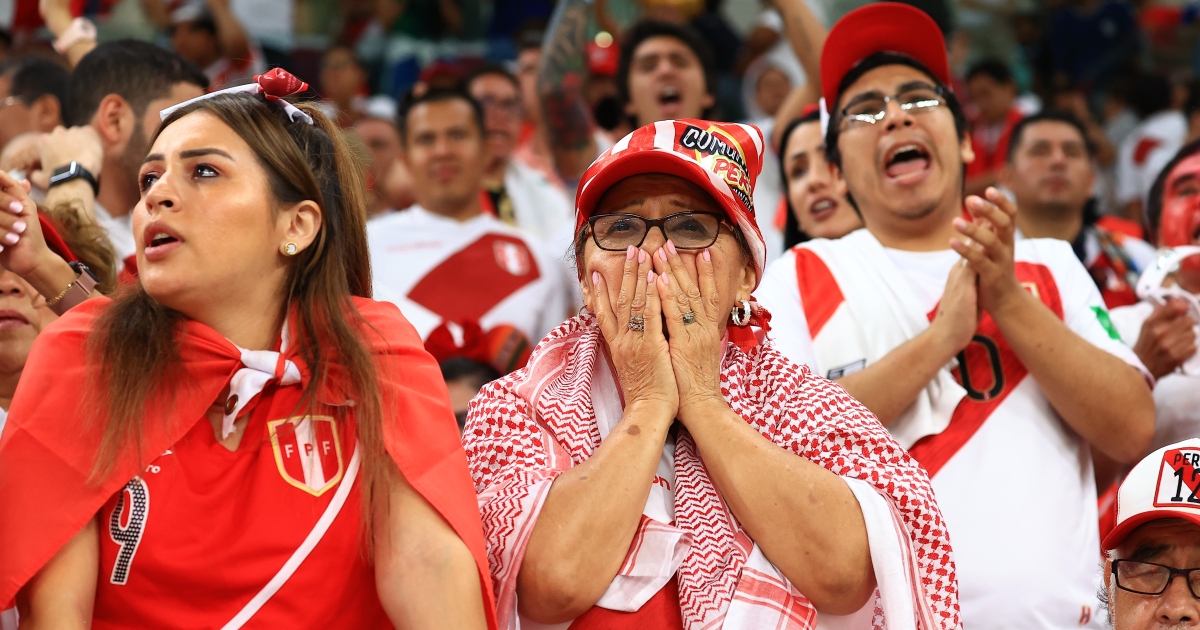 Photos: How Australia got the better of Peru in World Cup playoff

Australia edged out crowd favourites Peru to seal their place at the World Cup.

Australia sealed its place at the 2022 World Cup after winning the intercontinental playoff against Peru on Monday evening in a thrilling match.

In a nail-biting finish at the Ahmad Bin Ali Stadium in Qatar, Australia won 5-4 in a penalty shoot-out, edging out crowd favourites Peru.

More than 10,000 Peruvian fans were in attendance at the stadium, some having flown halfway across the world for the game that the Peru coach had described as “the match of our lives”.

Peruvian fans were singing and dancing during the match which went on for 120 minutes and 10 penalty kicks. A small portion of the crowd stayed back well after the game to show their appreciation for the players despite the loss.

Yolanda Hurtado, 50, works in a hospital in Peru’s capital Lima and is a die-hard football enthusiast.

She had gone to Russia for the World Cup four years ago where Peru had trounced Australia.

In Doha on Monday, she cheered on her team throughout but broke down in tears at the end.

“I have saved money for this year’s World Cup, so I will come back to Qatar later this year,” Hurtado told Al Jazeera after the match.

“It is very sad that our team lost. The World Cup won’t be the same but I will come to Doha in November.” 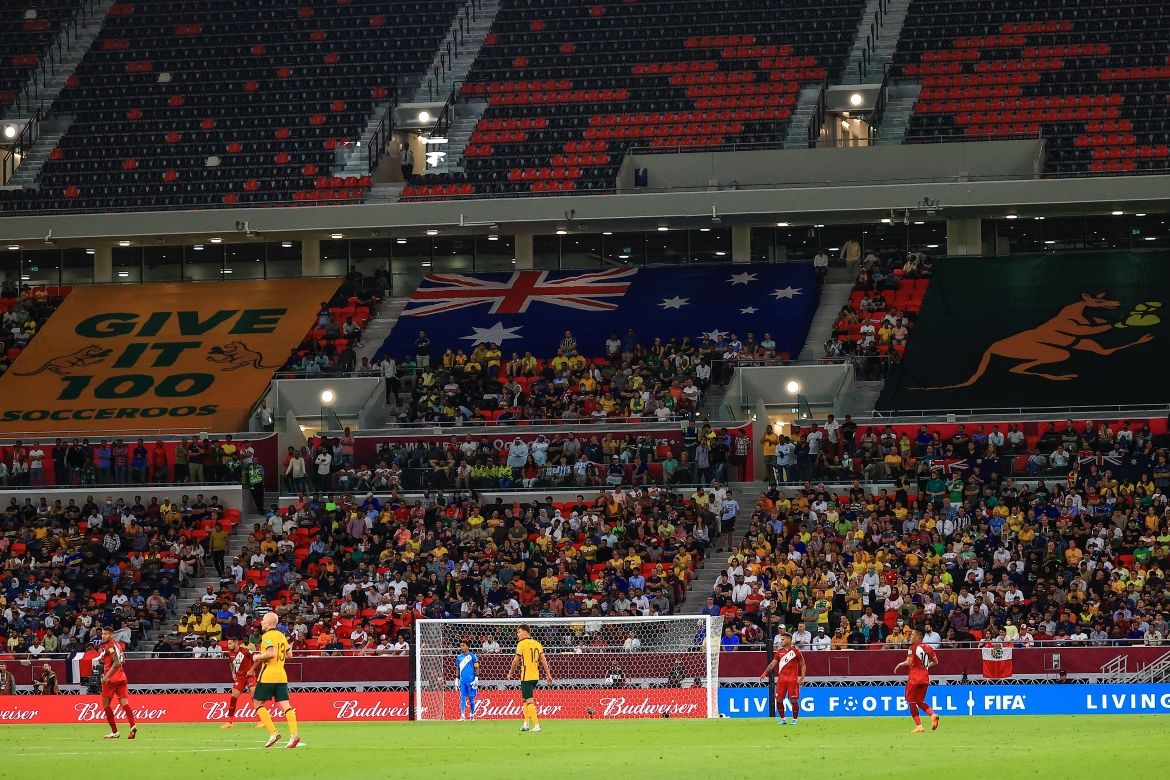 Australia qualified for a fifth straight World Cup after a 5-4 penalty shootout win over Peru in their intercontinental playoff in Qatar. 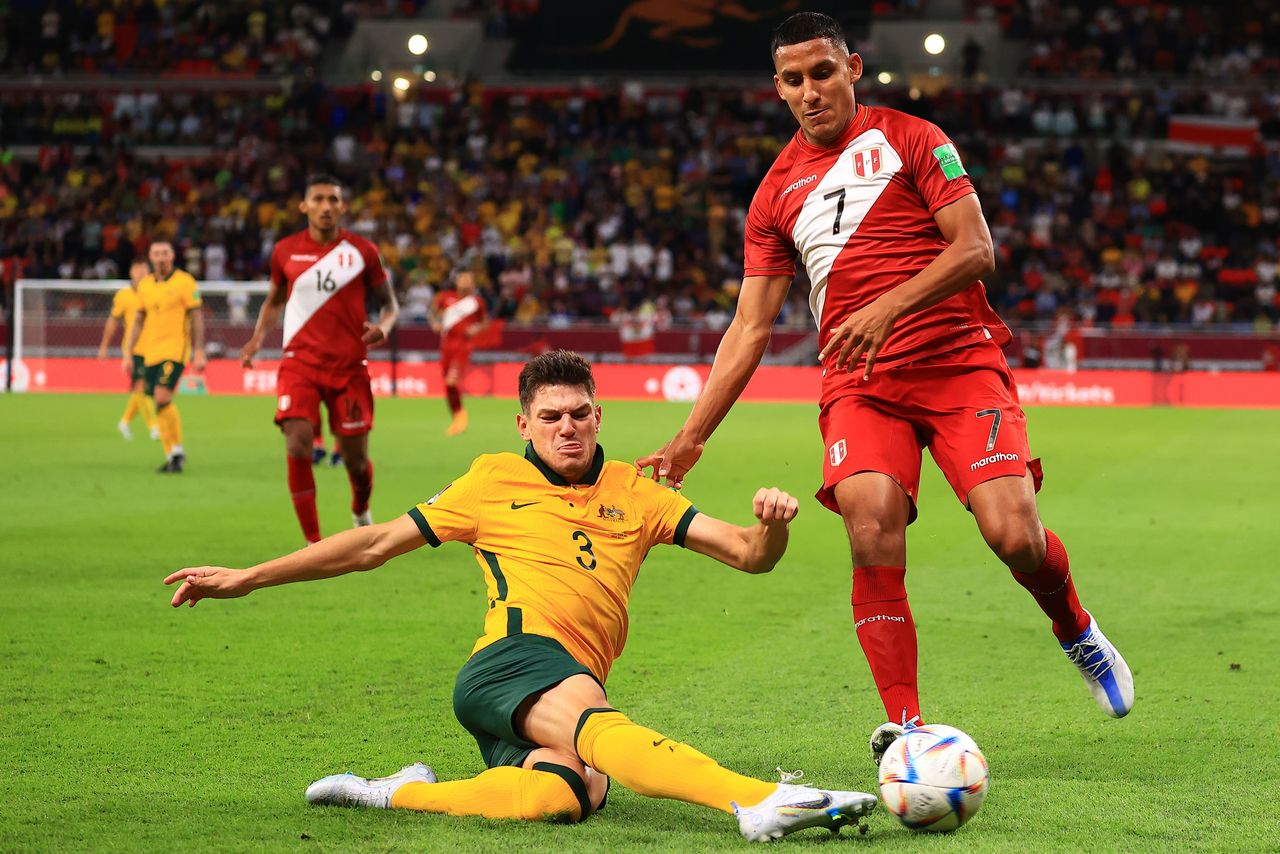 Australia will meet defending champions France in the opening game of Group D on November 22. 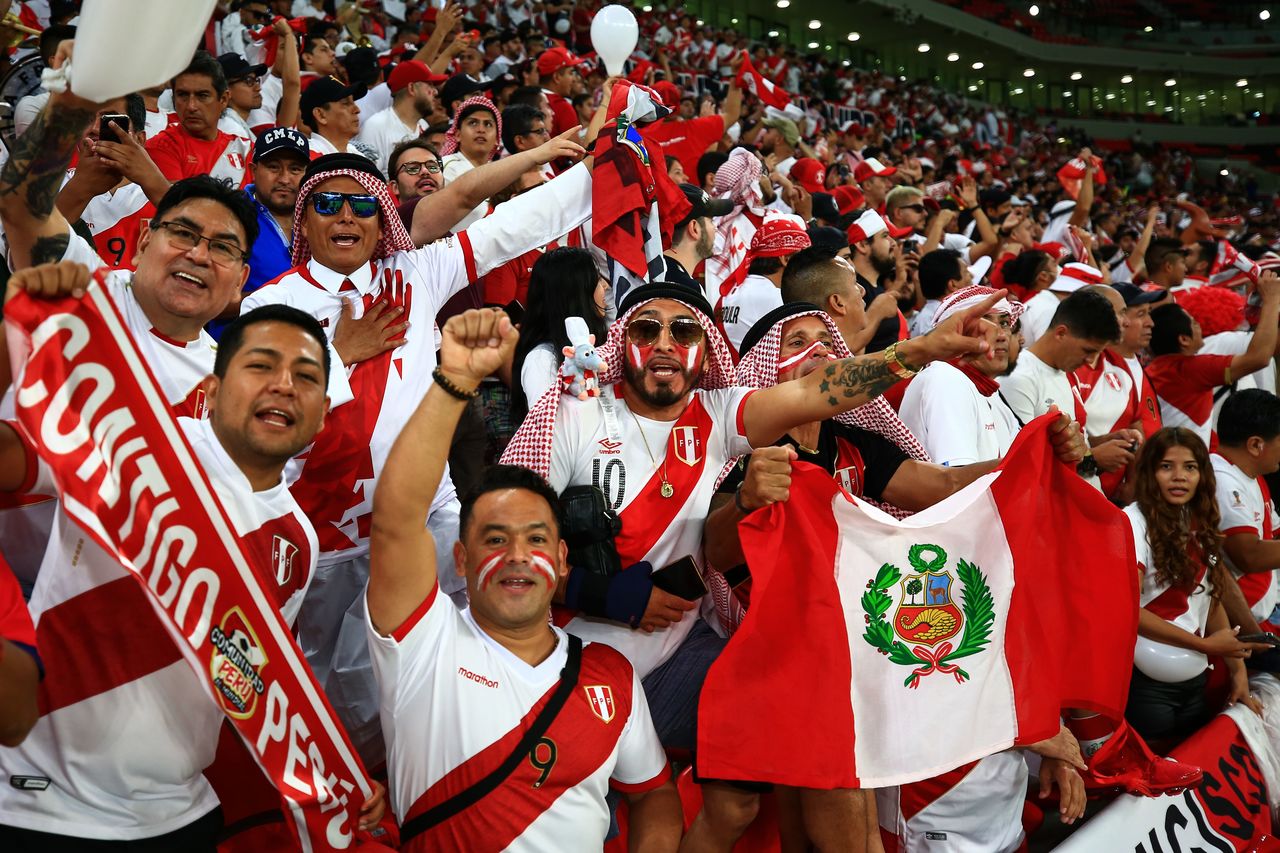 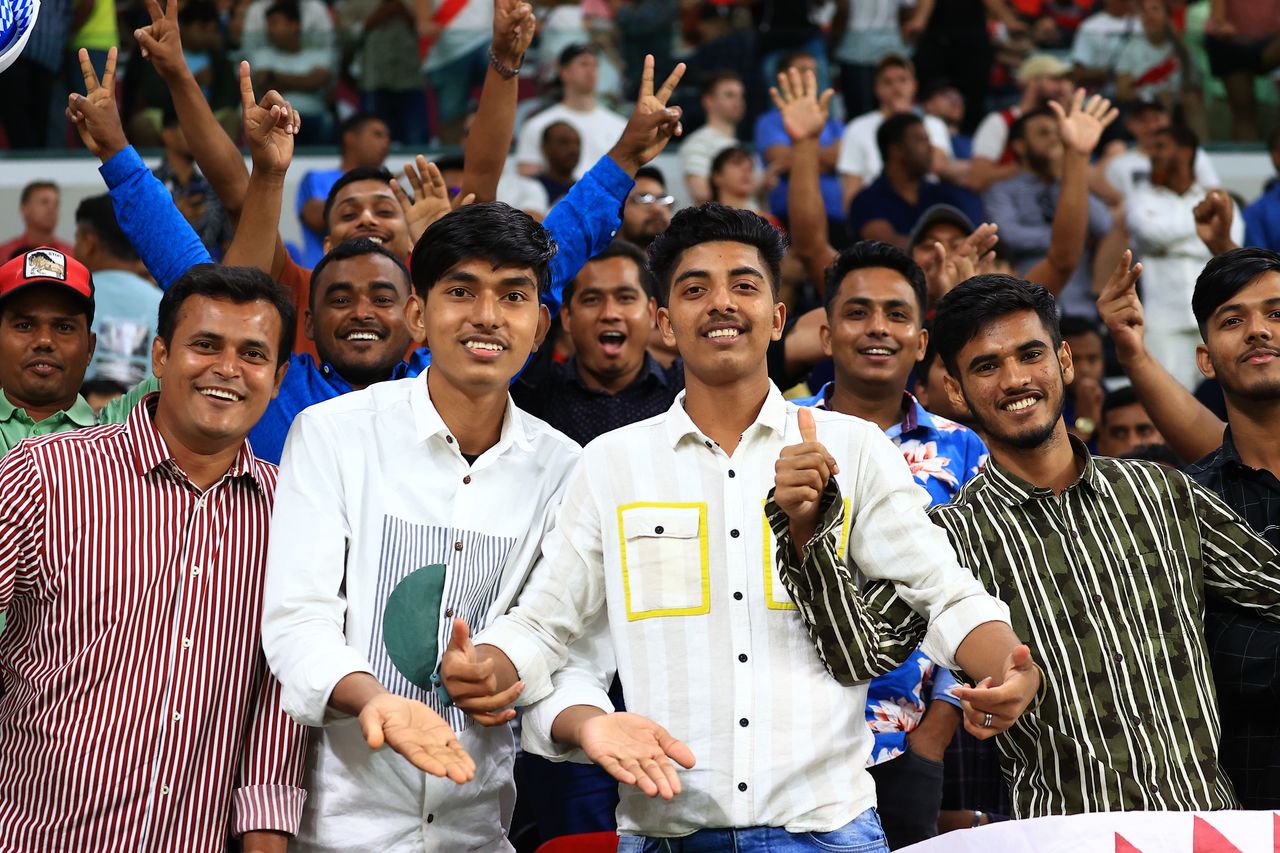 There were plenty of neutrals too. Anamul Khalsa Mia, a 25-year-old from Bangladesh who works at a furniture shop in Qatar, came along with his friends to watch the playoff. 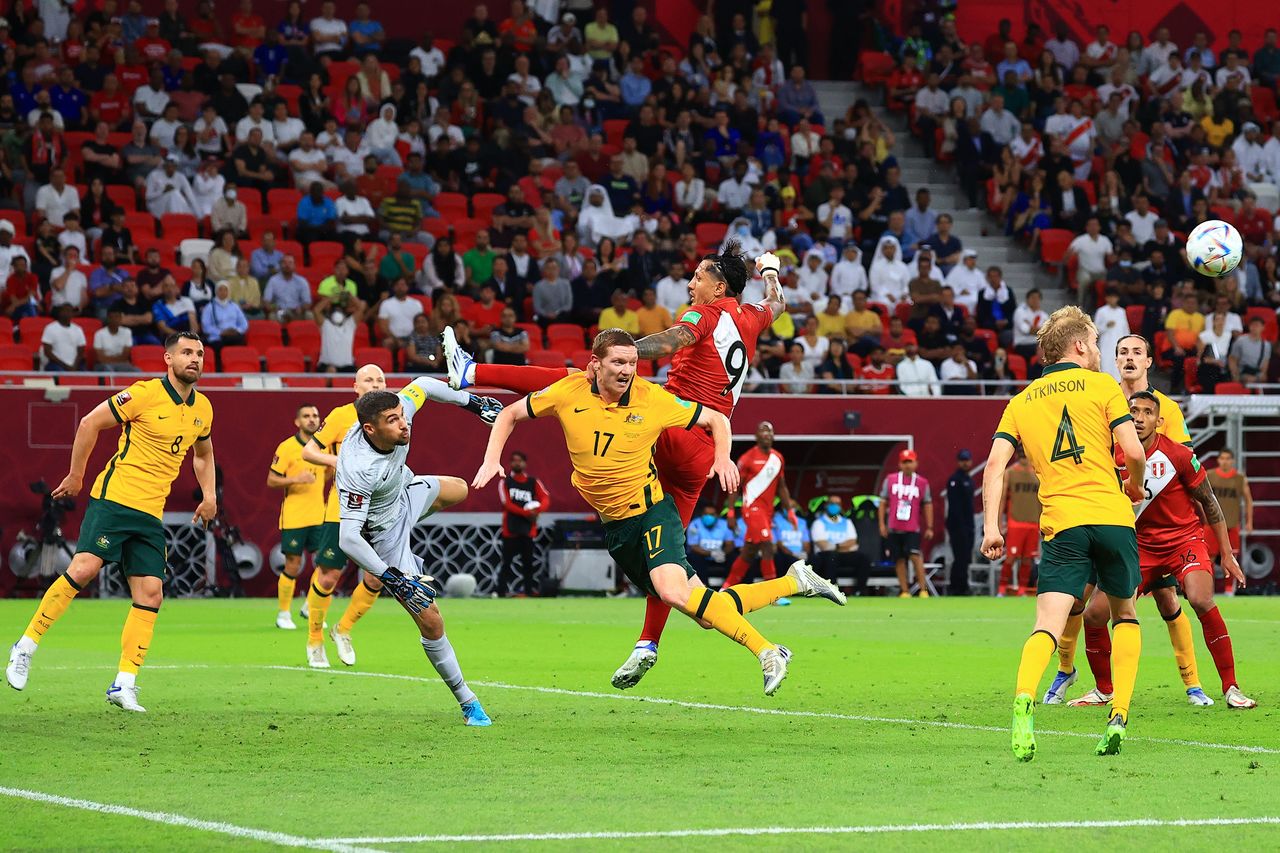 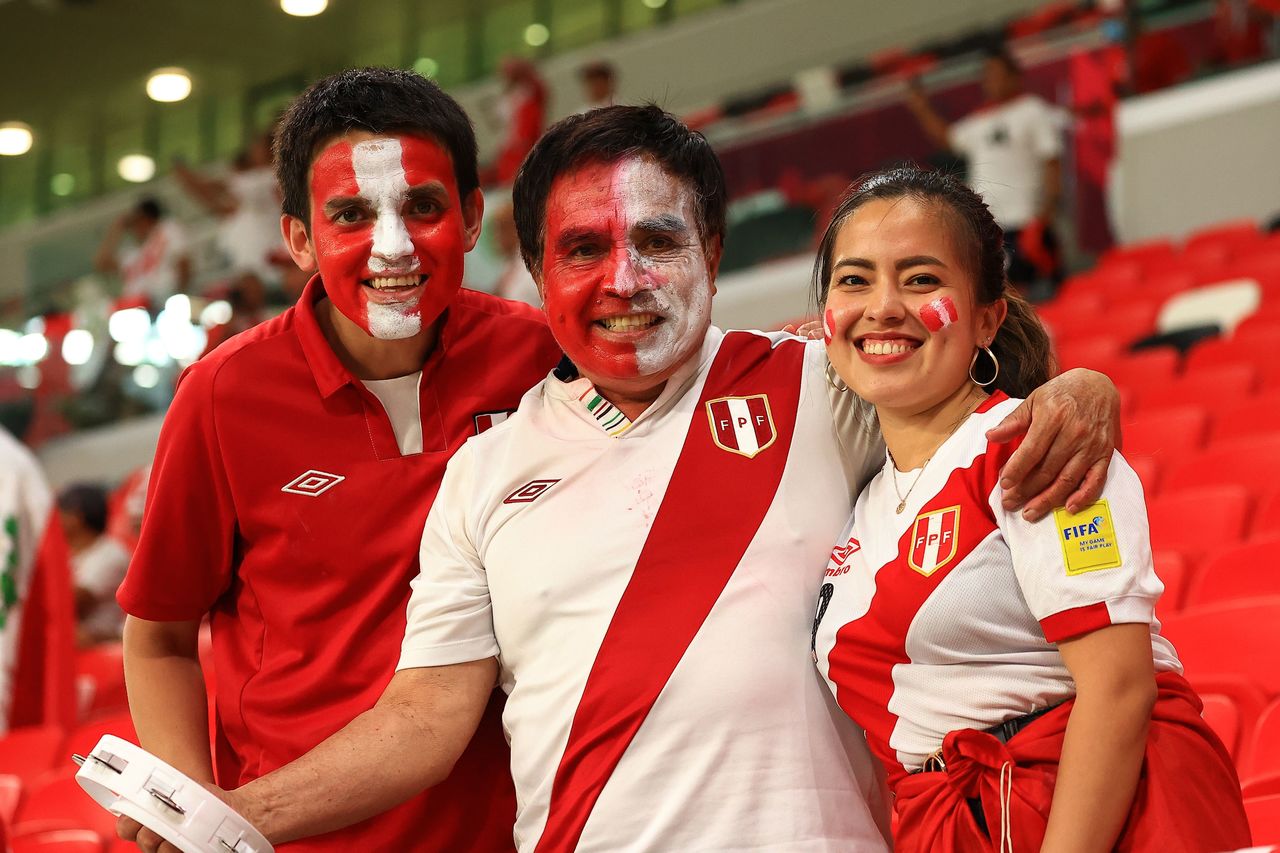 Peruvians Mayumi Uyeki, 25, her father and her brother travelled from Japan to Doha to watch the match. 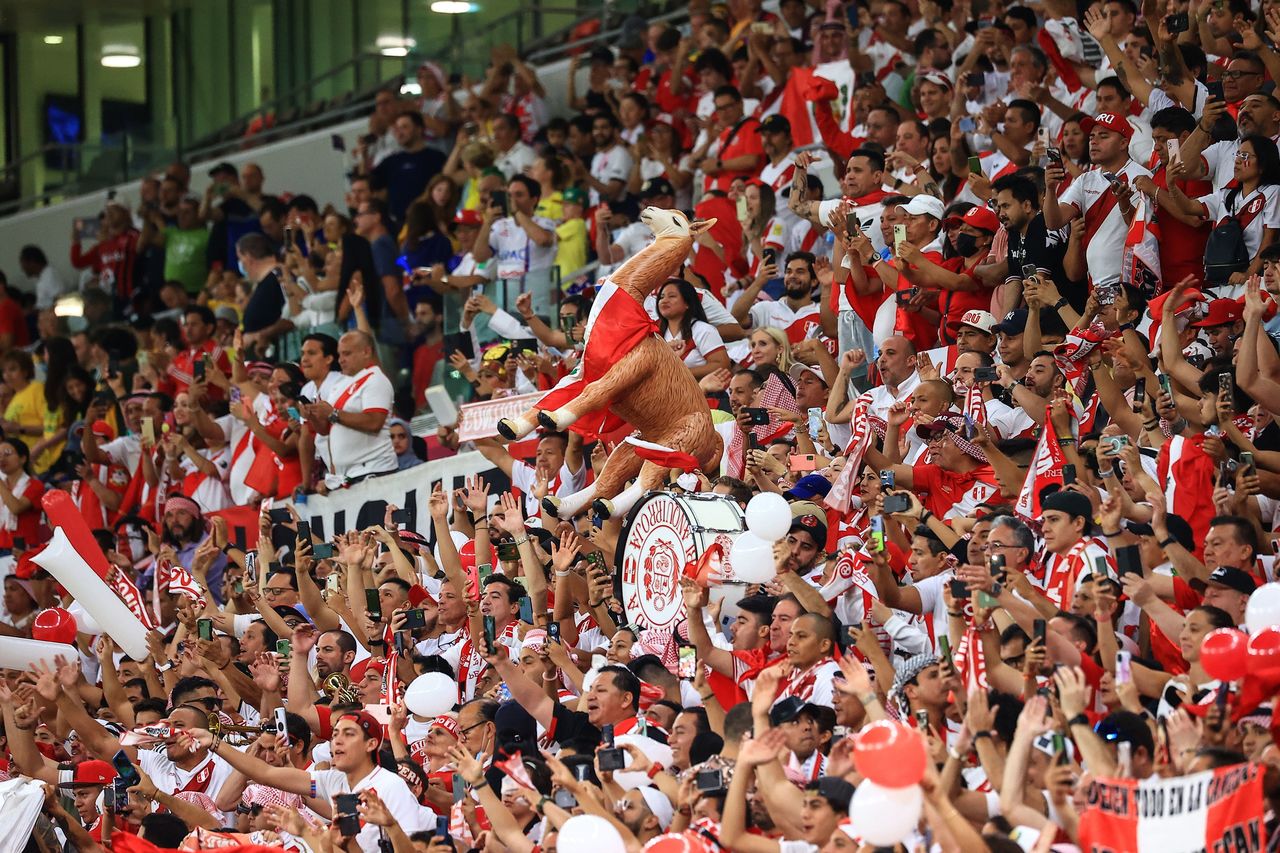 Thousands of Peruvian fans were singing and dancing during the match. Some even stayed well after the final whistle. 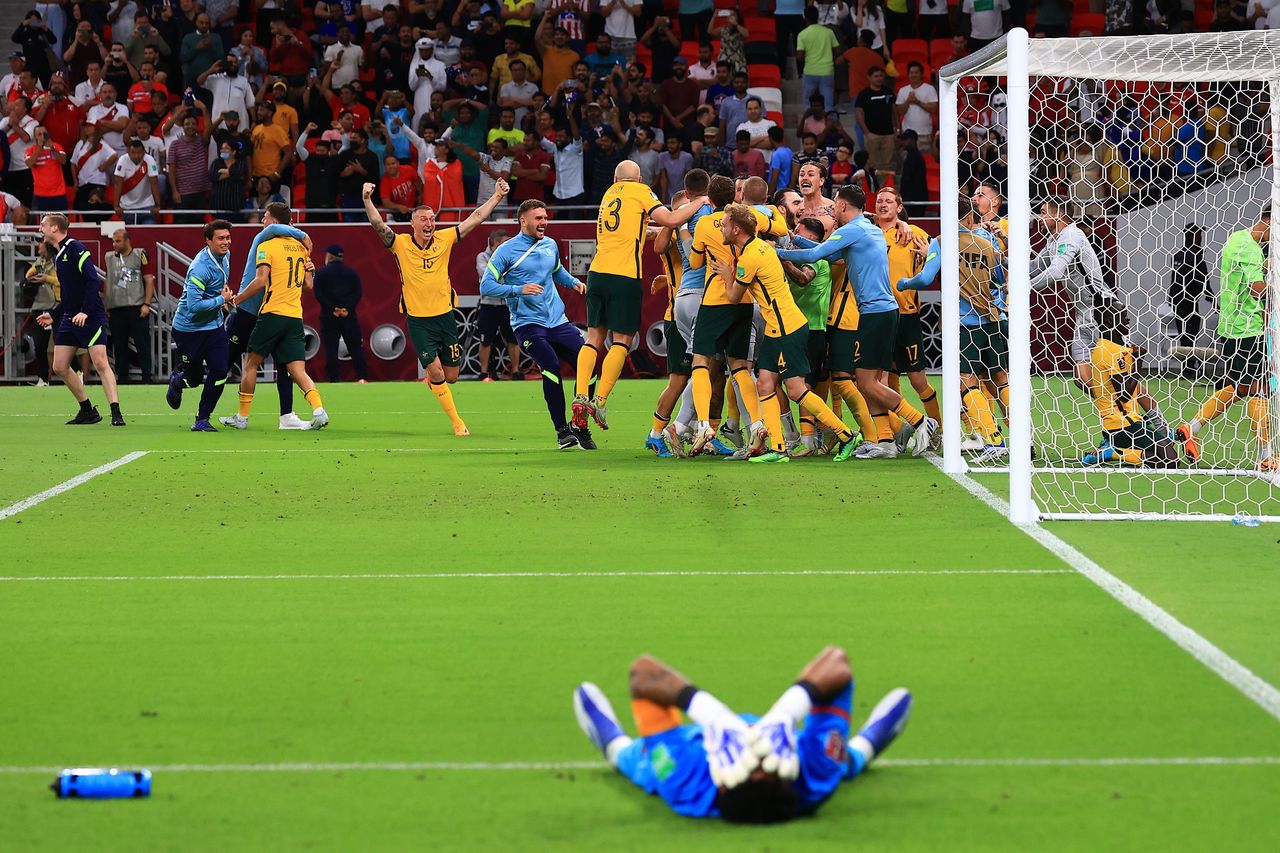 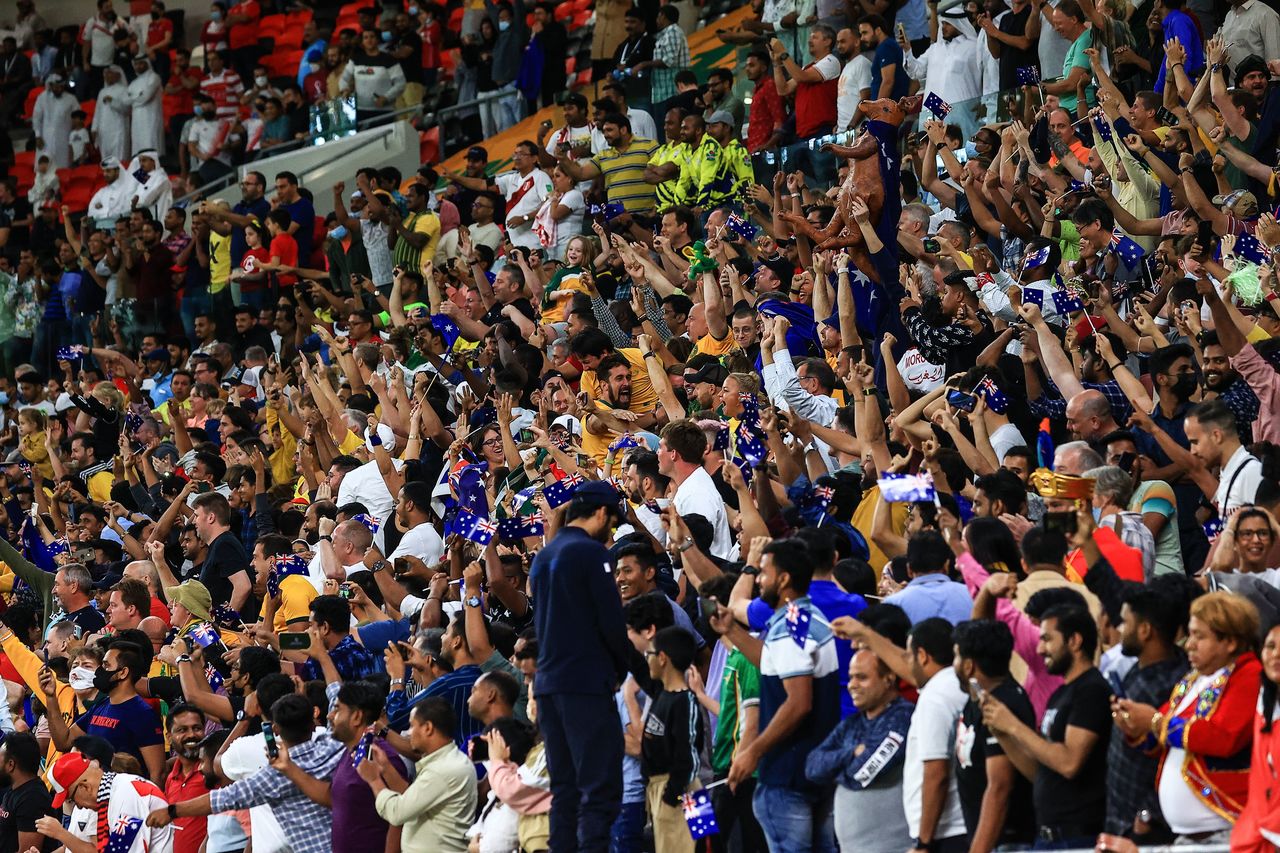 Australian fans were outnumbered by Peruvian supporters but they broke out in celebration at the end of the thrilling match. 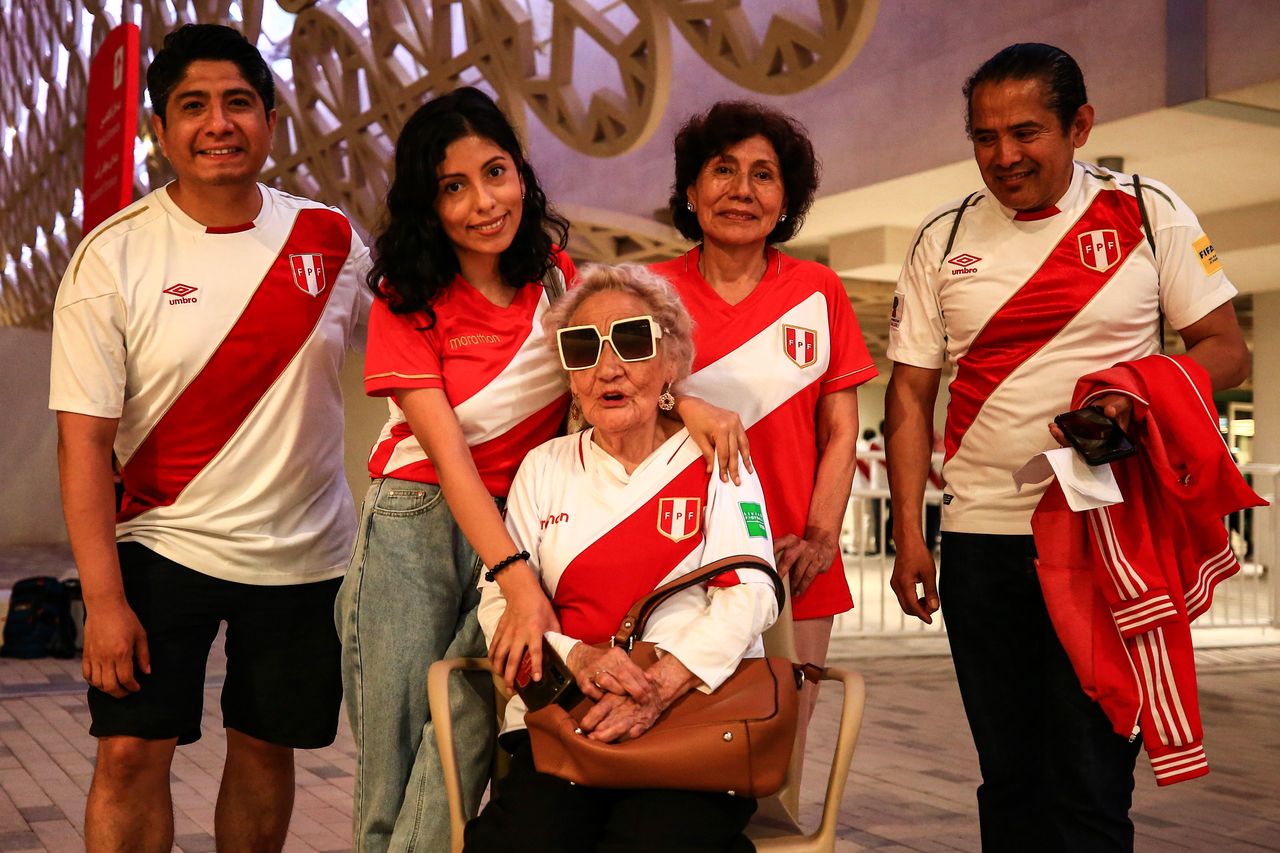 Blanca Rezza, an 88-year-old who travelled from Lima for this match, poses for photos ahead of the match. 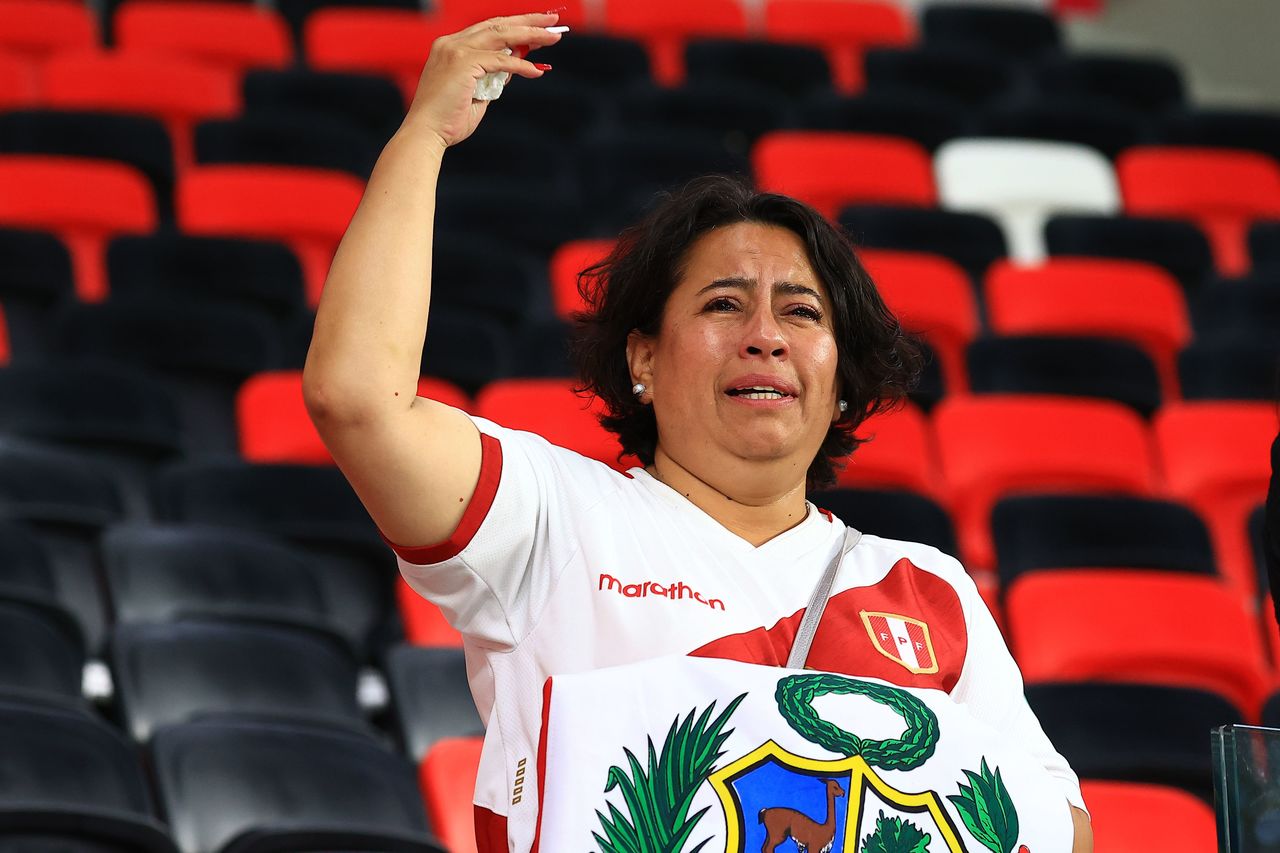 Yolanda Hurtado, 50, was seen dancing and singing during Monday's match. She broke down in tears after Peru's loss.