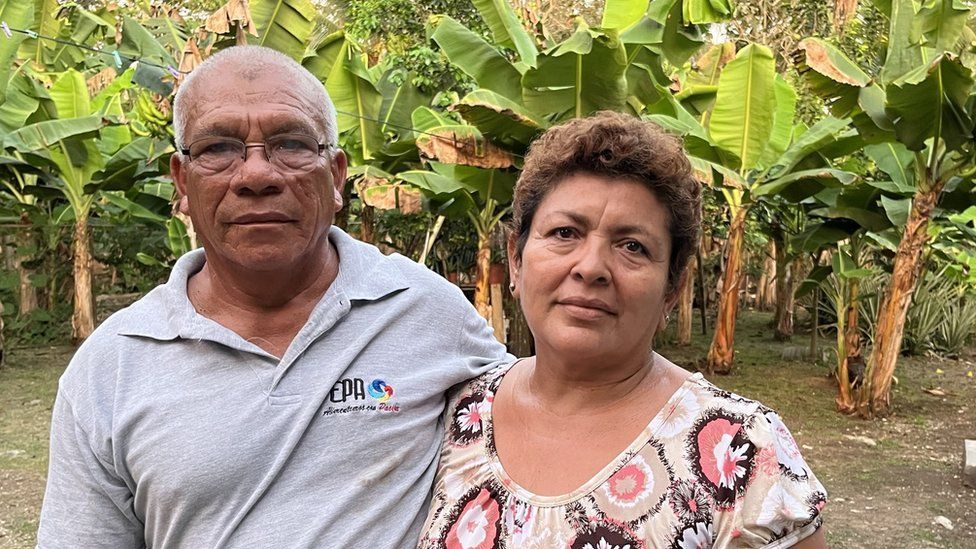 Tens of thousands of former banana workers say they were made sterile by a pesticide used by US companies on plantations in Latin America in the 1970s.

The United States restricted and then banned its use on the US mainland because of the health risks, but workers in Central America and South America continued to be exposed to it. Grace Livingstone reports from Panama on the workers' decades-long battle for justice.

Isabel Coba Mojica was 16 years old when he got a job on a banana plantation in Panama's Chiriquí province.

When he started working at the plantation in 1967, it was run by a subsidiary of the US fruit giant United Fruit Company, which has since changed its name to Chiquita Brands International.

Mr Coba was hoping to start a family with his girlfriend, but she did not fall pregnant. Eventually the couple split up and he met another woman, but his new partner also failed to conceive.

Three years into his 25 years at the plantation, Mr Coba sought medical advice. The doctor tested his sperm and told him that he could not have children.

"I couldn't believe it. I went crazy, I didn't think it was worth going on living. I felt sadness and loss," he recalls.

Mr Coba was not the only banana worker to experience medical problems.

Three years after starting work, Mr Martínez's wife had a miscarriage when she was six months pregnant. The couple never conceived another baby.

No gloves, no boots

Across Panama, there are more than 1,100 former banana workers who say that a pesticide used by United Fruit on the plantations made them sterile.

The pesticide, called Di-bromochloropropane or DBCP, targets microscopic worms that damaged banana plants. But it can also affect men's fertility.

Mr Martínez thinks not enough precautions were taken when the pesticide - which had several brand names including Fumazone - was sprayed. 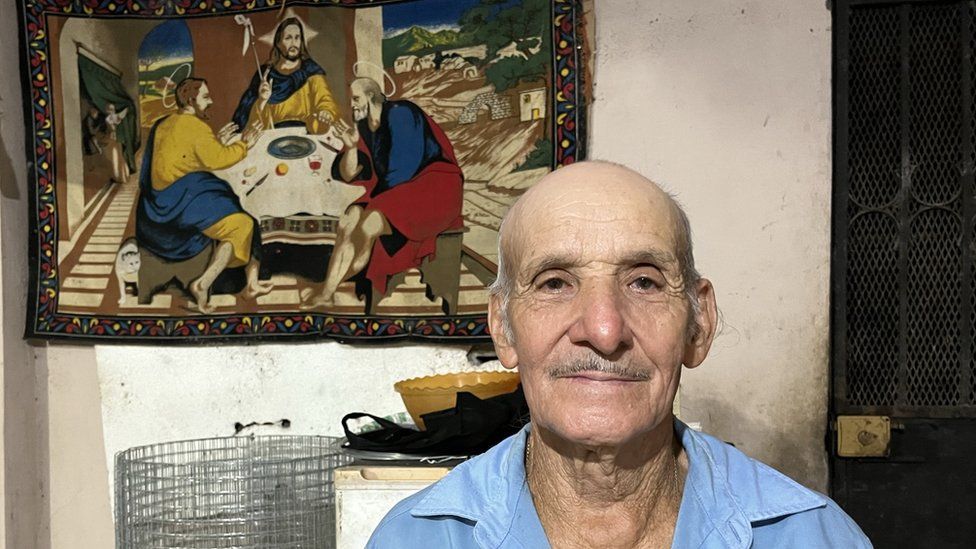 "I sprayed lots of chemicals. Normally when I sprayed Fumazone, they'd give me a mask, but they didn't give me gloves, boots or any other protective clothing," he says.

US lawyers helped Mr Martínez and Mr Coba, along with hundreds of other Panamanians, to launch lawsuits against Chiquita and the manufacturers of the pesticide, but the two men say they never found out what happened to their legal challenge and have never received any compensation.

The problem is not restricted to Panama either.

Costa Rica, Ecuador, Guatemala, Honduras and Nicaragua, tens of thousands of former banana workers have sued the companies that manufactured DBCP and the fruit companies which used it.

The fruit companies in question are Dole Fruit, Del Monte and Chiquita, and the manufacturers Shell, Dow Chemical, Occidental Chemical and AMVAC.

The lawsuits state there was evidence that DBCP caused sterility in animals as early as the 1950s.

Scientists working for two of the manufacturers - Dow and Shell - carried out exposure studies on rabbits, rats and mice, which showed a reduction in sperm counts and testicular atrophy in some cases.

Dr Charles Hine, one of the scientists who carried out the tests, said in a 1961 draft report for US regulators that repeated exposure to DBCP could affect human reproduction.

But according to company correspondence seen by the BBC, Shell's official in charge of registering chemicals with the authorities responded: "Leave out speculation about possible harmful conditions to man. This is not a treatise on safe use."

When the pesticide was licenced in 1964, the label made no reference to possible impacts on male fertility.

Dr Hine, who became a consultant for Dow and Shell, had also advised wearing impermeable protective clothing, but the pesticide's label did not mention any need for protective gear.

Standard Fruit (now known as Dole Fruit) began using DBCP on banana plantations in Latin America in the 1960s, while Chiquita and Del Monte began in the early 1970s. 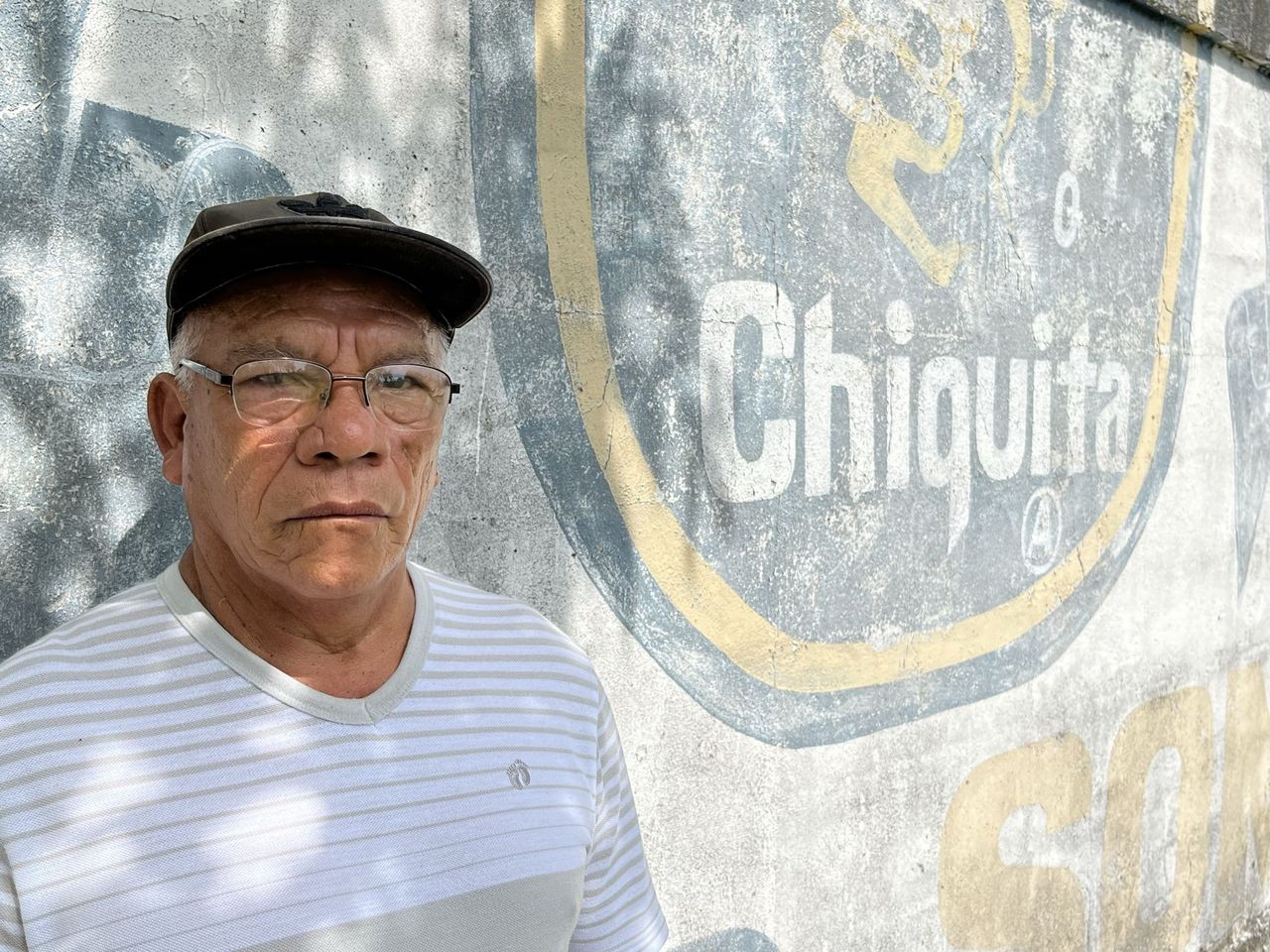 According to a lawsuit lodged in US courts, Dole and Chiquita continued to use DBCP in Central America after 1977, even though US regulators had restricted its use in mainland US because of the health risks.

In that year, 35 workers at a DBCP manufacturing plant in California were found to be sterile.

The US Environmental Protection Agency therefore suspended the use of DBCP on 19 crops grown in the United States in 1977 and imposed a "conditional suspension" on all other US crops, which meant it could only be used in very restricted ways: only certified applicators could handle it and they were required to wear respirators and other protective clothing.

In 1979, the Environmental Protection Agency finally cancelled the registration for DBCP for all uses in the US, exempting pineapple growers in Hawaii until 1985.

Even though Shell and Dow stopped manufacturing DBCP in 1977, they continued legal exports of their unused stocks of the pesticide to several Central American countries, although not to Panama after that date.

Approached by the BBC, Dow said that it "stopped manufacturing DBCP on 11 August 1977, three weeks after it learned DBCP is capable of causing effects on male fertility in humans when encountered in very high doses in manufacturing plants".

The statement adds that "Dow's manufacture of DBCP, and every sale or shipment of DBCP, occurred well before October 1979", when the pesticide's registration for uses in the US was cancelled.

Shell's brand name for DBCP was Nemagon. A Shell spokesperson said: "Shell voluntarily suspended the manufacture of Nemagon in 1977 after the US Environmental Protection Agency first raised concerns about the effects of DBCP, and had already ceased all sale or manufacture of Nemagon before the EPA banned its use in the United States in 1979."

Occidental Chemical did not want to comment. But AMVAC'S chief administrative officer told the BBC that "the sales and uses upon which you are focused date back 40-plus years".

The officer wrote: "According to records that I have seen, the company apparently sold DBCP in bulk to distributors who, in turn, sold the goods into various LatAm countries. The final destination for these goods was often unclear.

"As to why the company sold DBCP during the subject time frame following the US cancellation, I do not know. That would have been known to those who were making decisions in the 1970s."

Dow added that "the science of DBCP is clear" and that "dose is the determinative factor".

"Low dose, outdoor, or intermittent exposures will not affect male fertility," it maintains.

Its statement said that DBCP had been "shown to possibly affect reproductive function of some male workers who handled it directly in very high doses at manufacturing plants".

Dole says on its website that "there is no credible scientific evidence that Dole's use of DBCP on banana farms caused any of the injuries claimed in any of the DBCP lawsuits, including sterility".

The company also said that it stopped purchasing DBCP in 1979, when the US Environmental Protection Agency cancelled the registration for its use in the US.

Chiquita and Del Monte did not respond to the BBC's inquiries.

After almost three decades, there has been only one case in which a US court considered whether the pesticide caused sterility. 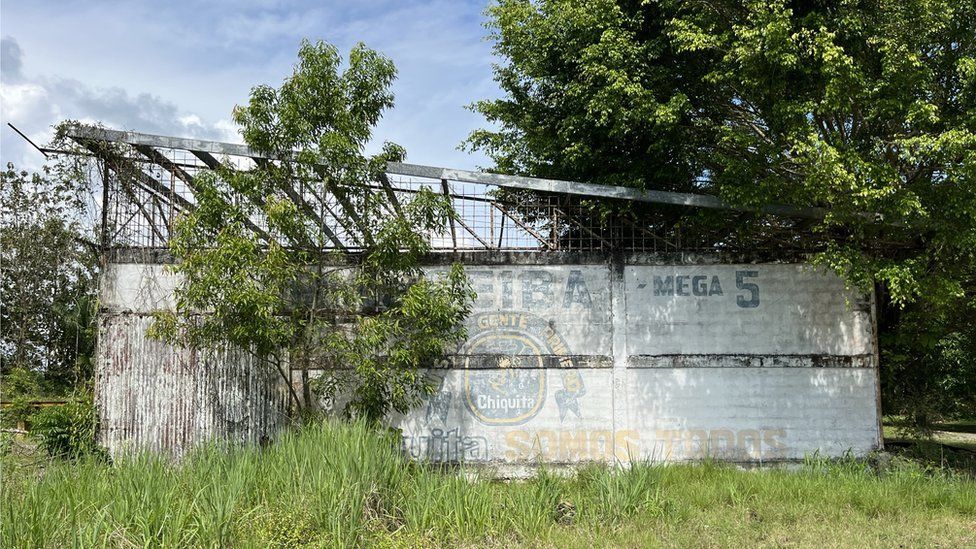 Six Nicaraguan banana workers were found to have been made sterile by DBCP, but that landmark judgement was overturned on appeal, when the companies successfully argued that the case had been marred by corruption.

To date, there have been no successful litigations in the US by banana workers.

Their cases have been dismissed on procedural matters or the companies have settled out of court, making payments to some plaintiffs, but not accepting liability.

There are currently just two active cases in the US. Scott Hendler, the lawyer pursuing them on behalf of workers from Guatemala, Costa Rica, Ecuador and Panama, says the companies are "resorting to procedural matters again and again".

He wants a jury to see the evidence.

"There is no question that DBCP can cause sterility," he says. "The question is whether each of these individual plaintiffs sustained sufficient exposure in their own right to be a substantial factor in causing their own infertility."

Mr Martínez in Panama is one of thousands of banana workers whose case was dismissed without the evidence ever being heard.

BBC investigations show that his lawsuit, along with those of more than 1,160 Panamanians, was thrown out by a California judge in 2010 on the grounds of forum non conveniens - a legal doctrine which means that this particular court was not the best place to try the case.

The court never heard about Mr Martínez's infertility or that he handled DBCP without gloves.

Mr Coba's name is not on any of the lawsuits still pending, so it is probable that his case has also been dismissed.

Mr Coba sometimes thinks about what might have been: "My brothers who did not work in the banana plantations have children. I see my nephews running around and sometimes I feel a sense of loss. It's sad, it's painful."