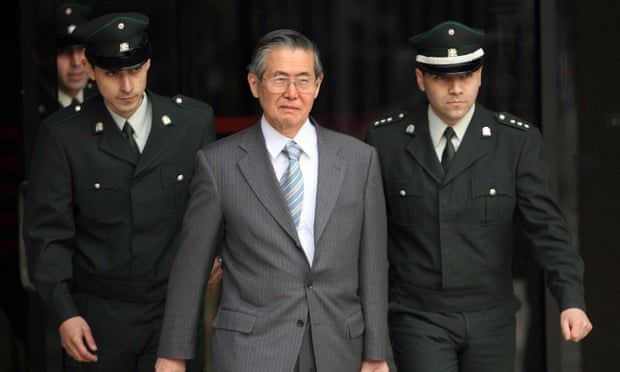 Judge Eloy Espinosa-Saldana confirmed the 4-3 ruling in remarks broadcast on local channel Canal N. It was unclear when Fujimori could leave prison or if new legal challenges could halt the decision.

The decision restored a humanitarian pardon granted to Fujimori on Christmas Eve in 2017 by then president Pablo Kuczynski. That pardon was overturned in 2018 when the supreme court ordered the former strongman returned to jail to serve out his sentence for human rights abuses.

Kuczynski had said he pardoned Fujimori because he suffered a heart condition made worse by prison conditions, though the move was widely seen as an attempt to stave off impeachment by courting favor with Fujimori’s allies in Congress. The pardon sparked protests across the country and Kuczynski resigned three months later.

He remains a polarizing figure in Peru. Some Peruvians laud him for defeating the Maoist Shining Path guerrilla movement, while others loathe him for human rights violations carried out under his government.

A former mathematics professor, Fujimori was a political outsider when he emerged from obscurity to win Peru’s 1990 presidential election over writer Mario Vargas Llosa.

Peru was being ravaged by runaway inflation and guerrilla violence when he took office. He quickly rebuilt the economy with mass privatizations of state industries. Defeating the fanatical Shining Path rebels took longer but his fight won him broad-based support.

But his presidency collapsed just as dramatically as his rise to power.

After briefly shutting down congress and putting himself into a third term, Fujimori fled the country in disgrace in 2000 after leaked videotapes showed his spy chief, Vladimiro Montesinos, bribing lawmakers. Fujimori went to Japan, his parents’ homeland, and sent in his resignation by fax.

Five years later, he stunned supporters and enemies alike when he flew to neighboring Chile, where he was arrested and extradited to Peru. Fujimori’s goal was to run for Peru’s presidency again in 2006, but instead he was put on trial.

His daughter, Keiko Fujimori, was a presidential candidate last year and vowed to release him if she got elected. But Pedro Castillo defeated her in a runoff election.

Fujimori also faced charges stemming from his role in a 1990s government program in which many Indigenous women in poor communities said they were forcibly sterilized and for the murder of six farmers by a military death squad during his administration.
Add Comment