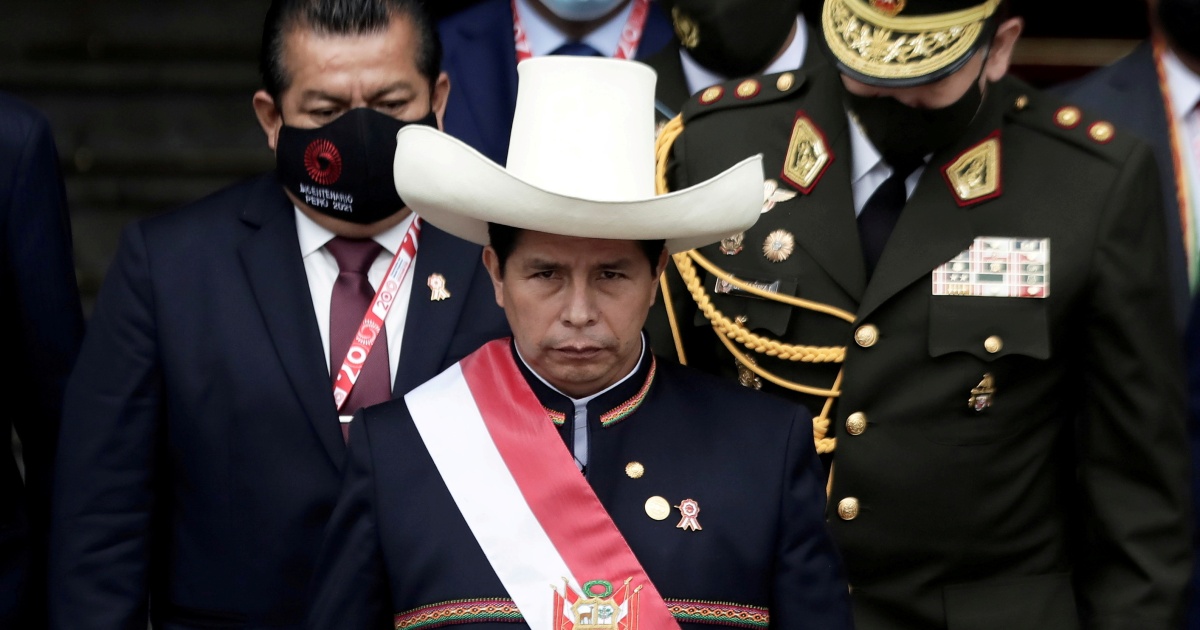 Pedro Castillo denies allegations of corruption, accusing economic groups of staging a ‘coup’ against his government.

Peruvian President Pedro Castillo is facing an impeachment vote in Congress that could see the newly elected leader ousted just eight months after taking office and that would throw the nation into a fresh political crisis.

Castillo faced lawmakers in the unicameral legislature on Monday, ahead of a vote likely to take place after midnight.

“I shall always squarely face the nation… because I am subject to the rules of due process,” Castillo said at the opening of his hearing.

Congress voted to impeach Castillo, a former teacher from a peasant farming family, earlier in March over corruption allegations. He has denied the allegations and blames them on economic groups seeking a “coup” against his government.

“We have been democratically elected and in that regard, we are not going to disappoint. I hope that this page will be closed today,” Castillo told state television earlier on Monday.

The looming impeachment vote comes amid continued internal government struggles that have defined the left-wing leader’s first months as president. 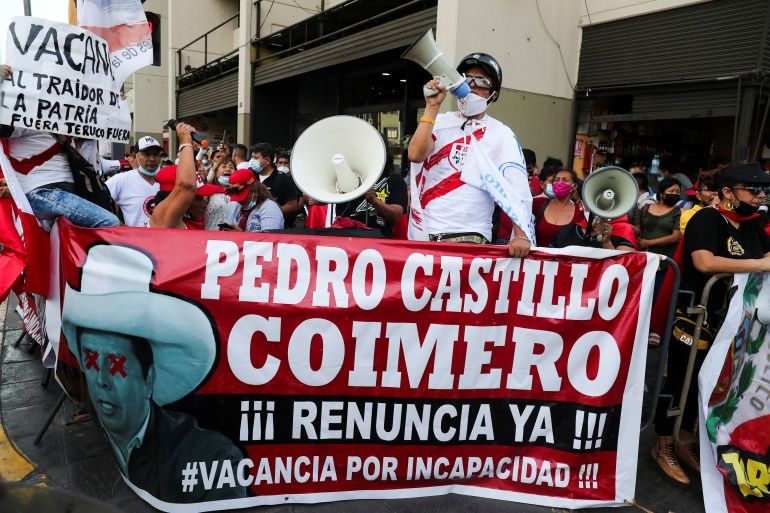 Since the impeachment proceedings began, thousands have taken to the streets calling for Castillo’s removal

Castillo was sworn into office in July promising to be a champion of the poor and to improve education, health care and other services, but he has struggled to find support from some political groups, including the ones represented in Congress.

Amid internal political wrangling as well as sustained attacks from the right-wing opposition, Castillo so far has sworn in four cabinets. One prime minister lasted only three days on the job.

Reporting from Peru’s capital, Lima, Al Jazeera’s Mariana Sanchez said Castillo defended himself before Congress on Monday, saying that the motion to impeach him was baseless.

Meanwhile, a group of about 500 protesters, many of whom support Castillo’s removal from office, had gathered outside the hearing. “Many others are saying that they want everybody to go,” Sanchez added.

Impeaching and even indicting presidents is not new in Peru. Every Peruvian president in the past 36 years has been ensnarled in corruption allegations, with some imprisoned. One died by suicide before police could arrest him.

In 2018, former President Pedro Pablo Kuczynski resigned before an impeachment vote; Martin Vizcarra was impeached in 2020, and lawmakers tried unsuccessfully to impeach Castillo in December.

The vote earlier this month to start the proceedings against him gained 76 supporters out of a total of 130 seats. To dismiss Castillo, lawmakers would need 87 votes in favour.

There were also signs that the bid to remove Castillo could be losing steam amid doubts from opposition lawmakers in the highly fragmented Congress. 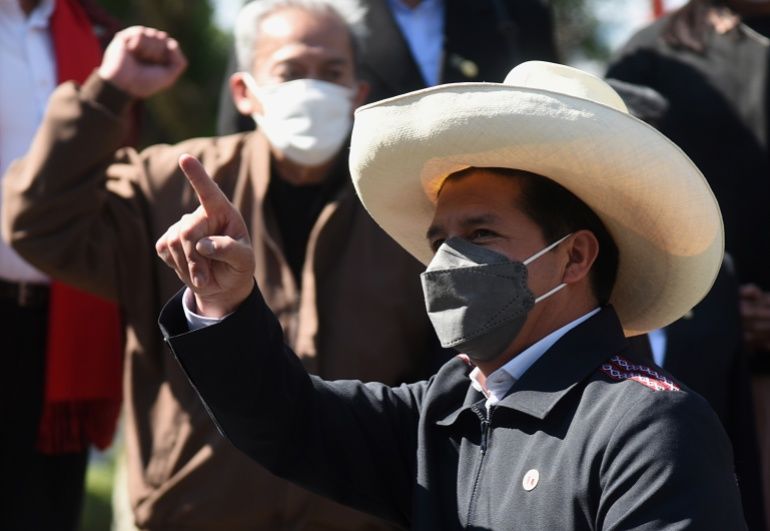 Every Peruvian president in the past 36 years has been ensnarled in corruption allegations, with some imprisoned

“Our conviction is that presidential impeachment is the solution to our nation’s problems,” said Lourdes Flores, a lawyer and politician who supports the bid. “The ball is in Congress’s court.”

But there also were signs that Castillo is facing pressure. Earlier on Monday, prosecutors raided the homes of his former officials and relatives under investigation for alleged corruption.

On Sunday, thousands of protesters took to the streets in Lima, the capital, calling for Castillo to be voted out of office.

“People can’t take it anymore. We are fed up, the people demand justice and all the corrupt people to be gone,” said one protester, Claudia Iriarte.

Demonstrators held up signs reading “national embarrassment” and “power based on lies is illegitimate”.

“Every patriot must support the impeachment because the country is in danger, in the hands of a man who has demonstrated to be not just a liar, but also a corrupt person,” said Maria Del Solar, another demonstrator.