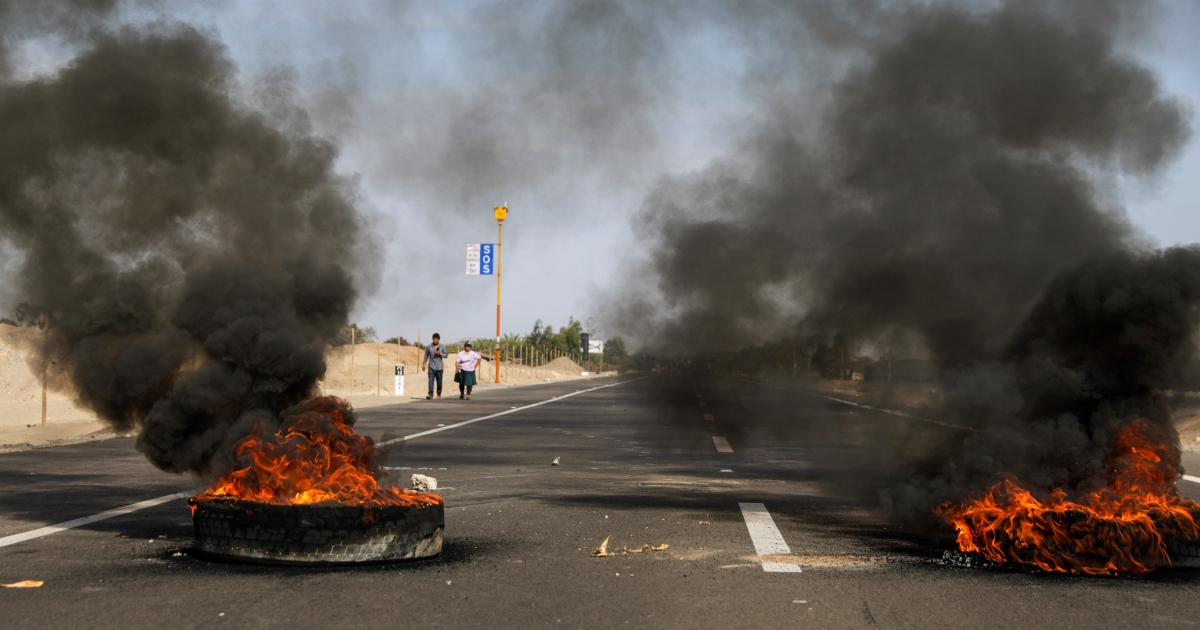 Peru’s PM says lockdown could be extended beyond capital

Mandatory lockdown came amid protests against rising fuel and food costs that have led to at least four deaths.

Peruvian President Pedro Castillo has lifted a mandatory lockdown imposed in the country’s capital and a nearby town, after the measure spurred widespread criticism, anger and fresh protests in the streets of Lima.

Castillo had late on Monday ordered residents to remain in their homes between 2am and 11:59pm local time in an effort “to re-establish peace and internal order” amid nationwide protests over rising fuel and food prices.

“We will with immediate effect remove this [curfew]. We call on the Peruvian people to be calm,” Castillo said on Tuesday afternoon, alongside Congress President Maria Alva, as he cut the curfew short just after 5pm local time (10:00 GMT).

The lockdown in Lima and the neighbouring town of Callao came after protests broke out across the Andean nation amid anger over a spike in fuel and fertiliser costs.

Truckers and other transport workers have blocked major highways, and at least four people have died in clashes with police over the past week, the government has said.

On Tuesday afternoon, hundreds of protesters, most of them wearing Peru’s white-and-red football jersey or flag, defied the lockdown order by trying to reach the country’s Congress, where Castillo was meeting with legislators.

The country’s prime minister had earlier in the day said the measure could be extended to other areas in the Andean nation if the unrest continued. But the measure had spurred widespread anger and criticism from opposition party politicians, human rights experts and regular citizens alike.

The curfew left major highways and street markets in Lima almost deserted throughout the day as troops joined police in the streets to administer a state of emergency that restricted various civil liberties, including the rights to freedom of movement and against arbitrary searches.

It exempted essential services, such as food markets, pharmacies, clinics and rubbish collection, but there was no bus service – spurring frustration among working-class Peruvians unable to get to their jobs.

“It’s a shame. We’re experiencing a terrible economic situation, brother,” said Juan Gutierrez, a 45-year-old father of four who had been waiting in vain for a bus for more than an hour so he could get to a clothing workshop where he is paid by the piece.

“Do you know what it means to lose a day? We have to work to eat,” he added.

The crisis makes for a particularly vulnerable moment for Castillo, who won elections last year with overwhelming support from Peru’s rural population – the same group of people that is now staging the most significant protests so far in his administration.

Castillo’s popularity has waned quickly and now hovers at approximately 25 percent. He has survived two impeachment attempts and cycled through an unprecedented number of cabinet members in his eight-month administration.

The president acknowledged in recent weeks that the country faces an economic crisis that he blamed on the pandemic and the Russian war with Ukraine. 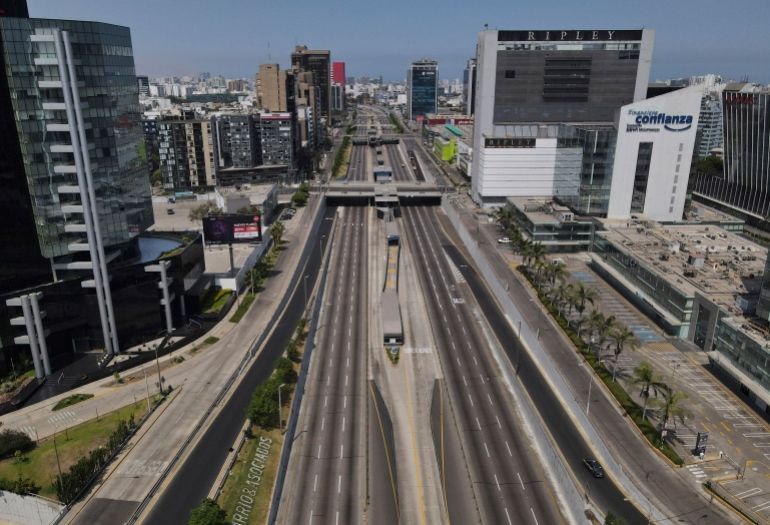 But he said the disturbances had caused “worry among workers, mothers and the population in general” and said he imposed the curfew to “re-establish peace and internal order”.

Defence Minister Jose Gavidia told journalists on Tuesday that the curfew was motivated by intelligence indicating there had been plans for broader violence, especially in central Lima.

The curfew and state of emergency were sharply criticised by Peru’s official ombudsman, Walter Gutierrez. His office earlier said it had filed an emergency motion to stop the mandatory lockdown, although the request has yet to be addressed by a judge.

Alva, the president of Congress, also had called the lockdown mandate “unacceptable” and said legislators would continue working. She also called on Peruvians to disobey the orders.

Juan Pappier, a senior researcher at Human Rights Watch, said on Twitter that the restriction on free movement was “disproportionate” and contravened international treaties that Peru has endorsed.