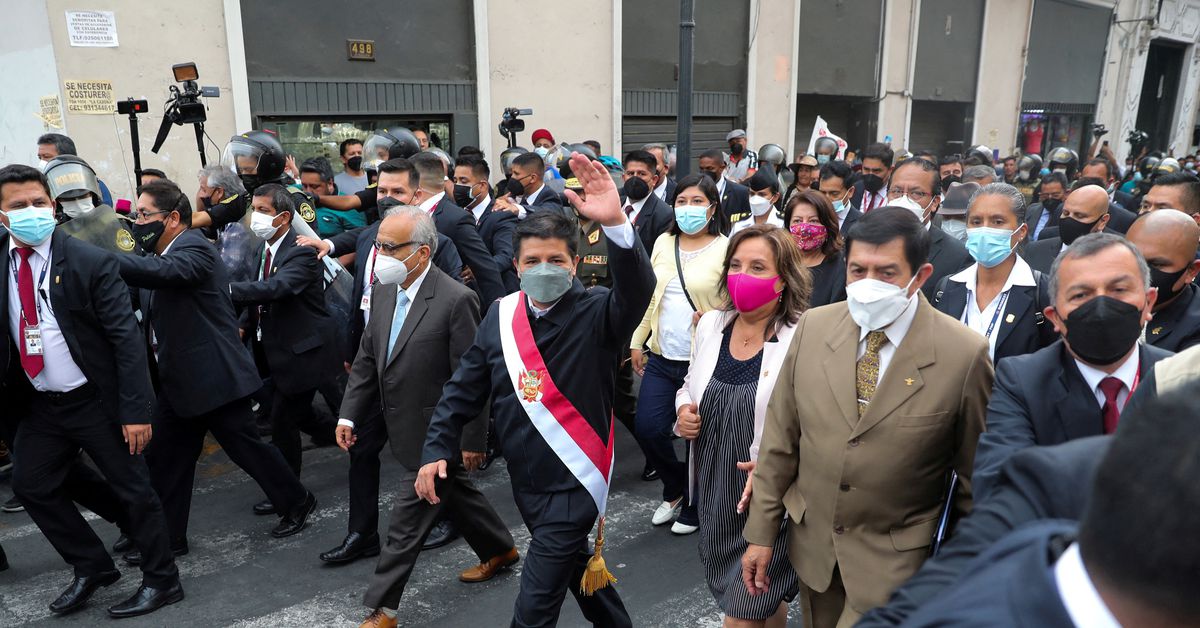 Peruvian President Pedro Castillo faced Congress on Monday to defend himself in an impeachment trial that could see the center-left leader ousted just eight months after taking office, a result which would tip the nation into a new political crisis.

Castillo, a former teacher from a peasant farming family who shot to prominence when he narrowly won election last year, is facing allegations of graft that he strongly denies. The trial comes after an unsuccessful attempt to impeach him late last year.

"Unfortunately, a bid to oust me through impeachment has become the central axis of the political and journalistic agenda since my election; this cannot continue," Castillo said in a 22-minute speech to lawmakers in the unicameral legislature.

He said he had not broken the law since taking office and called for unity to get out of political and economic crisis, citing Russia's conflict with Ukraine as exacerbating the situation in the world's No. 2 copper producing country.

"I am aware we all make mistakes and have defects, but I am loyal to my commitments, values and principles," he said. "Members of Congress, I ask that you vote for democracy, vote for Peru, vote against instability."

Congress is expected to spend hours debating the motion to oust the president before a middle-of-the night vote.

The impeachment vote remains balanced slightly in Castillo's favor, despite a plummeting approval poll rating. The vote to start proceedings gained 76 supporters out of a total 130 seats. To dismiss Castillo, lawmakers would need 87 votes in favor.

In signs of the pressure Castillo is facing, prosecutors earlier in the day raided the homes of his former officials and relatives under investigation for alleged corruption.

Over the weekend, protesters took to the streets in Lima, the capital, calling for Castillo to be voted out of office.

"People can't take it anymore. We are fed up, the people demand justice and all the corrupt people to be gone," said one protester, Claudia Iriarte.

The Andean country has had five presidents since 2016. In 2018, Pedro Pablo Kuczynski resigned before an impeachment vote. Martín Vizcarra was impeached in 2020.

There were signs, however, that the bid to remove Castillo could be losing steam amid doubts from opposition lawmakers in the highly fragmented Congress, which is expected to hear Castillo's defense at 3 p.m. local time (2000 GMT).

"Our conviction is that presidential impeachment is the solution to our nation's problems," said Lourdes Flores, a lawyer and politician who supports the bid. "The ball is in Congress' court."