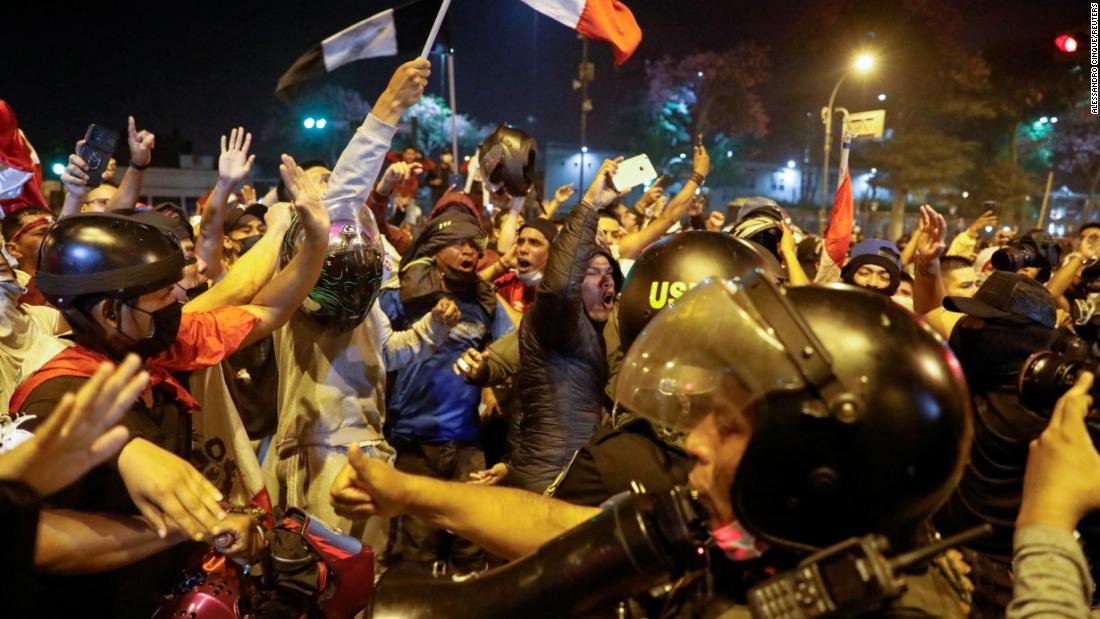 An ongoing wave of violent protests in Peru shows how the Russian invasion of Ukraine is affecting markets around the world, sparking unrest and deepening political divides.

By Wednesday, at least six people had been reported dead over days of protests, according to Peruvian authorities, as officials called for calm and struggled to contain the situation. At least nine major roads in the country remained blocked by protesters.

Late Monday, President Pedro Castillo declared a state of emergency and placed the country's capital under a curfew, but backtracked and withdrew the curfew order on Tuesday afternoon as hundreds of protesters ignoring the measure took to the streets of Lima to demand his resignation.

"Peru is not going through a good moment," Castillo said Tuesday after leaving a meeting with lawmakers, "but we have to solve it with the powers of the state."

Blocks away, police in riot gear used tear gas to dispel protests and demonstrators threw stones, with at least 11 people injured in the clashes.

Peru is not new to political unrest. Over the last five years, the country has had five presidents, including one who was impeached and removed from office amid street protests. And Castillo himself has already faced -- and survived -- two impeachment votes since taking office in July.

Last year, Castillo won the presidency on the thinnest of margins and faced a Congress in the hands of the opposition, limiting his political capital and capacity to operate.

But while Peru has been a fertile ground for protests in recent years, this crisis was triggered as a direct consequence of the war in Ukraine. 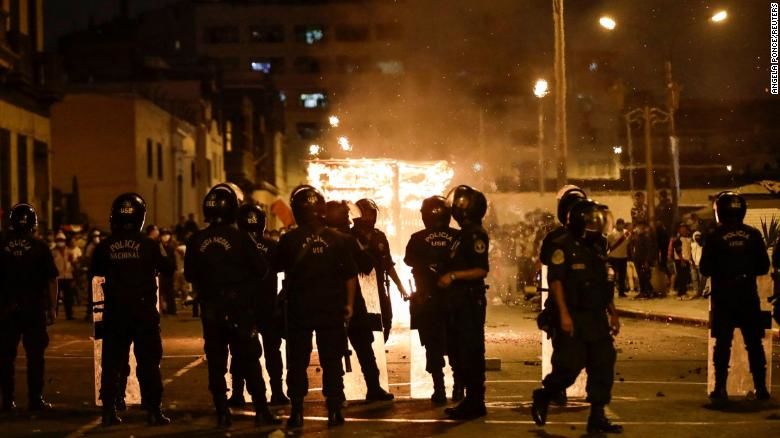 Police officers in Lima stand in front of a burning street vendor structure during a demonstration against Peruvian President Pedro Castillo. The protests began over rising fuel and fertilizer prices triggered by the Ukraine conflict, but have expanded in scope.

The long consequences of Putin's war

The Russian invasion of Ukraine -- and global leaders' consequential decision to isolate Russia from the world's oil markets -- sent the price of oil soaring.

And for Peru, the impact has been particularly severe.

Compared to other countries in the region, such as Argentina or Venezuela, Peru imports most of its oil. That left it more exposed to the recent spike, hitting the economy just as it was recovering from the impact of the Covid-19 pandemic and lockdowns.

As a result, Peru's inflation in March was the highest in 26 years, according to the country's Institute of Statistics. The segment most exposed was food and fuel, with prices up 9.54% since last year, the Peruvian Central Bank reported.

With prices rising so fast, it didn't take long before protests started spreading across the country. And on March 28, a group of transport workers and truck drivers' union called for a general strike to demand cheaper fuel.

Over the last few days, other organizations and groups joined the protests, with some regions closing schools and resorting to online teaching as a consequence of roadblocks and picket lines.

Before becoming president, Castillo was a trade union leader and a teacher in a small school in the rural region of Cajamarca demanding better wages and working conditions.

Now his core constituency, the urban working class in the suburbs of Lima and rural farmers across the country, are particularly hard hit by the inflationary spiral, because they are paying higher prices for their food and for transport.

This erodes his political support even further. According to the Institute of Peruvian Studies, an independent polling center in Lima, the president's popularity is at its lowest point since taking office, with less than one in four Peruvians supporting his actions. 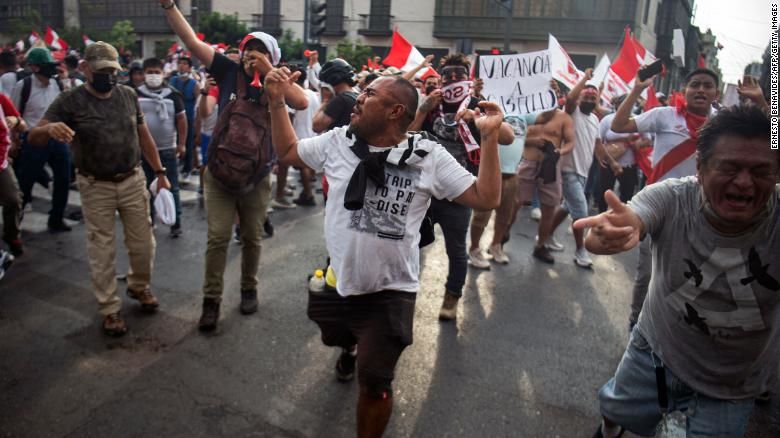 It is difficult to predict how the situation will evolve. Even before issuing the curfew order, Castillo had already made some concessions to protesters by cutting fuel taxes and increasing the minimum wage to 1,025 soles -- approximately $280 -- on Sunday. But that also failed to calm the streets.

After his curfew order backfired, the President appears to be running out of options, given that Peru does not have the capacity to control the international price of oil. As the conflict in Ukraine continues to rage, the current inflation climate is forecast to continue.

Any further subsidy to lower fuel prices would increase Peru's debts and damage its battered finances even more.

However, Peru's situation is far from unique and Castillo is not alone.

Other leaders are facing the same tough choices of how to handle rising inflation while trying to put their finances in order after the chaos caused by Covid-19.

As the crisis deepens, Peru could find itself looking to other countries for answers.