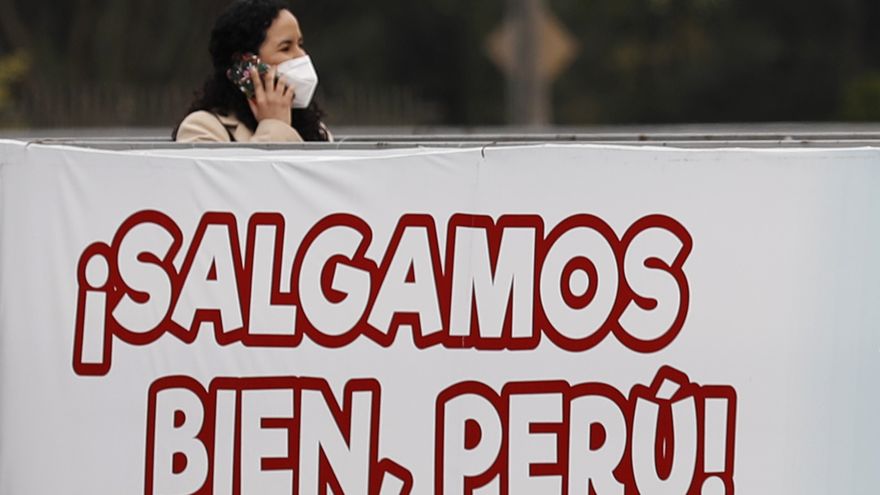 After seven months of severe restrictions, job destruction and economic debacle, Peru started its last reopening phase this October, hoping to reverse the damage that COVID-19 caused to the pockets of Peruvians without the disease rebounding again.

The country began the fourth stage of a plan that seeks to recover an economy that before the pandemic was among the most buoyant in the region and now faces a scenario that may lead to a 12% drop in its annual GDP, the loss of millions of jobs and a significant increase in poverty, which can go from 20% to more than 27%, according to official figures.

The Government of President Martín Vizcarra is committed to maintaining an optimistic vision about the reactivation of the country, with the warning that the priority continues to be the fight against the pandemic and calls for alert to "populist" solutions that could hit even more the bruised national economy.

However, both economists and analysts take this process, in the best of cases, with reluctance and, in others, with open criticism of measures that have hit the economy hard without stopping the disease, since Peru is the country with the highest mortality rate in the world and the sixth with the most reported cases.


For the economist César Peñaranda, the strategy used to manage the health issue and the national economy "has not been good at all", because before the pandemic Peru showed 'outstanding' macroeconomic indicators and led regional growth and now it is the worst country in economic results worldwide.

Peñaranda said that his country will report this year a decrease of between 13-15% in gross domestic product (GDP), and a dramatic fall in private consumption of around 11%, when it accounts for 65% of GDP.

In addition, he announced that private investment, responsible for 20% of GDP, will fall by around 30%, and that it is estimated that public investment will also decrease between 20 and 25%, in addition to reaching a fiscal deficit of 11%.

These results totally change the outlook for the country, lamented the expert before indicating that the Government, which ends its functions in ten months, must concentrate on preventing the fall from being deeper and the regime that will assume functions next July 28 will have the "very complicated task of trying to reverse" that situation.


In his last presentation to the media, Vizcarra emphasized that his government's priority is to continue facing COVID-19, but it has a broad and varied agenda, which includes the promotion of economic growth, the generation of jobs, the execution of infrastructure works, production issues and support for agriculture.

He assured that since the production activities were resumed, the GDP growth rate is recovering constantly and last July there was a clear recovery compared to April, when the generalized quarantine led to a 40% drop in the economy.

According to Vizcarra, in just three months the Peruvian economy recovered by around 30 percentage points.

In this regard, Peñaranda admitted that the economic recovery has been progressively working, but much slower than expected, for which he reiterated that an "impressive" drop in GDP is expected at the end of the year.


Although the fourth phase included the total restart of the economy, the Government decided to restrict some of them, so it has not yet authorized them to open, among others, bars, discos and casinos, activities that, according to Vizcarra, will begin in due course. but that decision has not yet been made.

Specifically, the fourth phase allows an increase in the capacity of the stores, which went from 50 to 60%, while the services of restaurants and the like, not including bars, also increased their capacity to 50%, from 40% allowed to now.

Similar percentages will have the services of maritime transport and passenger cabotage, libraries, archives, museums, archaeological monuments and historical sites.

The services of travel agencies and tour operators, the activities of botanical gardens, zoos and national and theme parks, as well as sports clubs and associations, will also be resumed, although only for individual sports or in pairs carried out outdoors.

In addition, sport fishing and nautical sports will be allowed, as well as mountain guide activities, with a capacity of 50%, and, from next October 5, regular international flights will be resumed to seven countries in the region (Bolivia, Chile, Colombia, Ecuador, Panama, Paraguay and Uruguay).


Of all the activities that are being restarted, the one that has attracted the most attention is the resumption of commercial flights abroad, paralyzed since the total closure of borders ordered by the Peruvian Government on March 15.

The transfer, round trip, of passengers in a range of up to four hours of flight will be allowed. It is estimated in the first list of countries and destinations, explained Vizcarra.

The Minister of Transport and Communications, Carlos Estremadoyro, added that boarding with fever will not be allowed and that passengers must present an affidavit of not having symptoms and enter their data to be located if it is detected that they traveled near a carrier of the disease.


However, the reopening in stages is criticized by many experts, since they consider that it maintains restrictions that continue to affect companies and, in addition, it does not take into account the effects that have been suffered in recent months.

Former Minister of Economy Alonso Segura considered that the changes included by the Government in the stage spread a confusing message, since official spokesmen also affirm that it is very problematic that the country suffers a second wave of the disease, which in recent weeks is in frank decline in the country.

Peñaranda added that he was from the beginning totally against this system in stages and that it should be allowed that all those who can enter proving that they have a contagion rate lower than one enter.

Entrepreneurs are the most interested in complying with viable protocols, of course, because their subsistence depends on them, he remarked before noting that, from his perspective, this whole process has gone in fits and starts.