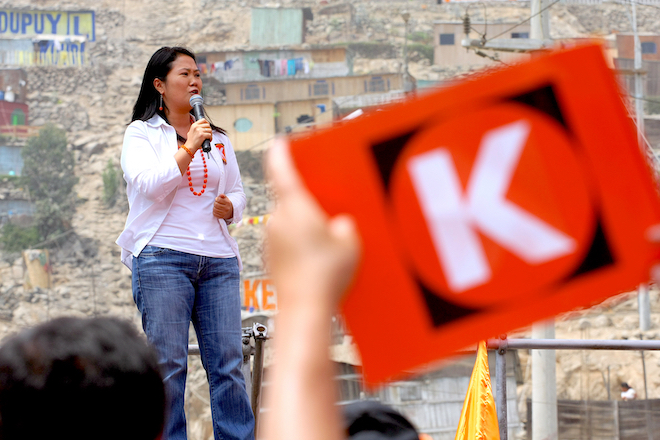 Corruption proceedings against Peruvian opposition politician Keiko Fujimori kicked off with a preliminary court hearing on Tuesday, just weeks after she conceded defeat in her third unsuccessful presidential run.
Fujimori lost the June 6 runoff against leftist Pedro Castillo with 49.87 percent of the vote to his 50.12 percent.

Election victory for Fujimori would have meant freedom from prosecution for the duration of her presidential term on charges that arise from a sprawling corruption case involving scandal-tainted Brazilian construction giant Odebrecht.

She stands accused of taking illicit money from Odebrecht to fund failed presidential bids in 2011 and 2016.

But prosecutors have said they would seek a jail term of 30 years and 10 months for Fujimori on charges of money laundering, organised crime, obstruction of justice and making false declarations.

She has already served pre-trial detention twice, spending 16 months behind bars in total until her release last year due to the coronavirus outbreak.

The hearing that opened on Tuesday before Judge Victor Zuniga is the first step in what would be the first trial of a prominent Peruvian political figure in the Odebrecht scandal.

It is meant to review the charge sheet against Fujimori and 39 co-accused defendants, after which the judge can approve all or part of the indictment drawn up by prosecutor Jose Domingo Perez.
#Coronavirus
Add Comment