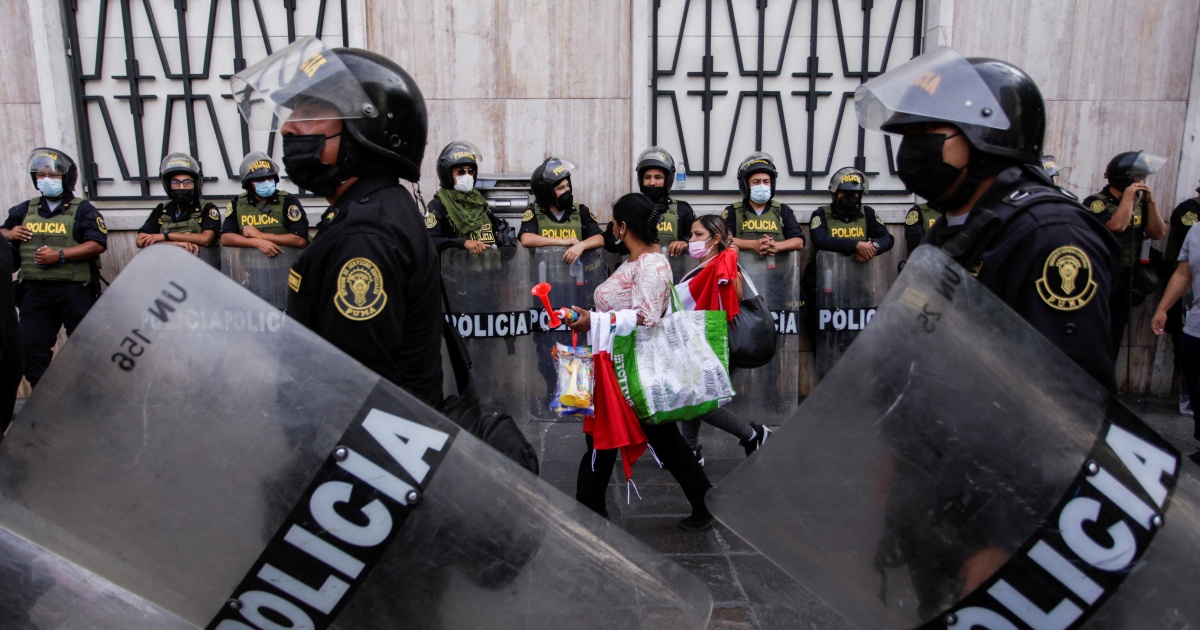 Peru declares state of emergency on highways as protests continue

Truckers and farm workers have blocked roads across Peru in anger over rising costs of food, fuel and fertiliser.

Peru has declared a one-month state of emergency to allow the armed forces to supervise its highways, as the government of President Pedro Castillo tries to stem nationwide protests over rising fuel and food prices.

Hundreds of truckers and farm workers have been blocking roads across the country for more than a week in anger over rising costs, which have spiked since Russia invaded Ukraine.

The decree, published in the official newspaper on Thursday, allows for the army to be deployed to clear the blockades while also suspending certain constitutional rights such as freedom of movement and assembly.

“The police will keep control of internal order, with help from the armed forces,” it read.

Clashes between protesters and police in Ica, about 300km (185 miles) south of the capital, Lima, left one farm worker dead and 15 people injured, mostly police officers. 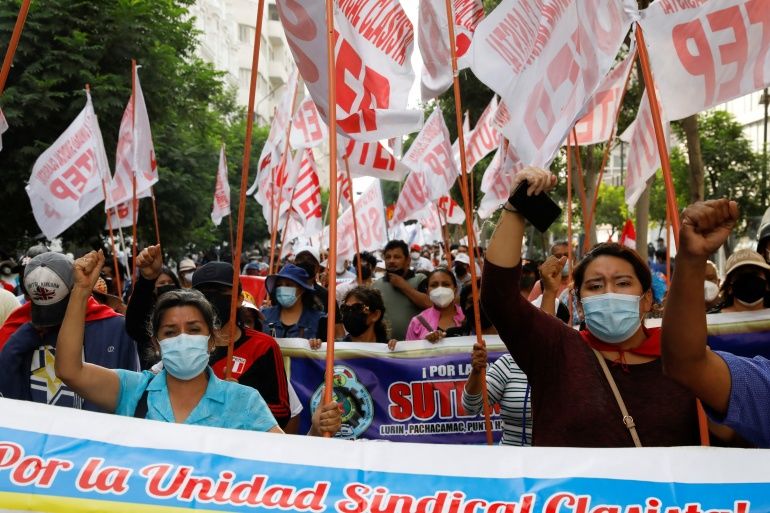 Protests against rising costs continue to be held in the Peruvian capital, Lima

Castillo’s government has faced growing public anger over the crisis, especially after he imposed a mandatory, 24-hour lockdown in Lima and a neighbouring port city earlier this week in a bid to “re-establish peace”.

The left-wing president, who was sworn into office in July of last year, backtracked on the measure after opposition politicians and human rights groups slammed it as a “disproportionate” infringement on freedom of movement.

Thousands of people had taken to the streets in defiance of the measure before Castillo cut the lockdown short on Tuesday evening, calling on Peruvians to “be calm”.

The government has cut taxes on fuel, raised the minimum wage and proposed exempting essential food items from sales tax.

The episode marks the first time in Castillo’s eight months in power that he has faced a social protest movement.

It comes as the president has seen his approval ratings dip to 19 percent, a record low, according to a Datum poll published on Thursday. He also recently survived a second impeachment in less than a year in office.