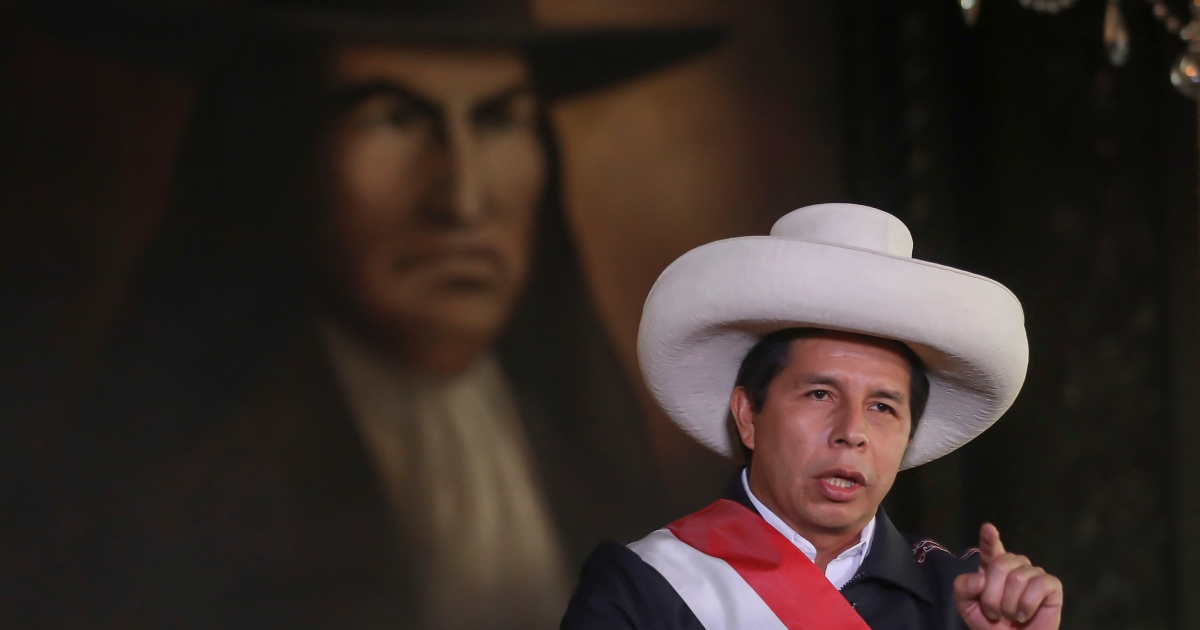 Peru’s Congress has approved the start of impeachment proceedings against left-wing President Pedro Castillo over allegations of corruption.

Castillo or his lawyer must attend Congress on March 28 and present their defence before lawmakers will debate and have a final vote on the impeachment.

Legislators will need 87 votes to remove Castillo from office following the impeachment trial.

The development comes as Castillo has seen his popularity plunge to 26 percent since taking office in July, according to an Ipsos poll released during the weekend. Lawmakers are zeroing in on the testimony of a lobbyist who has alleged to prosecutors that Castillo engaged in irregular acts. 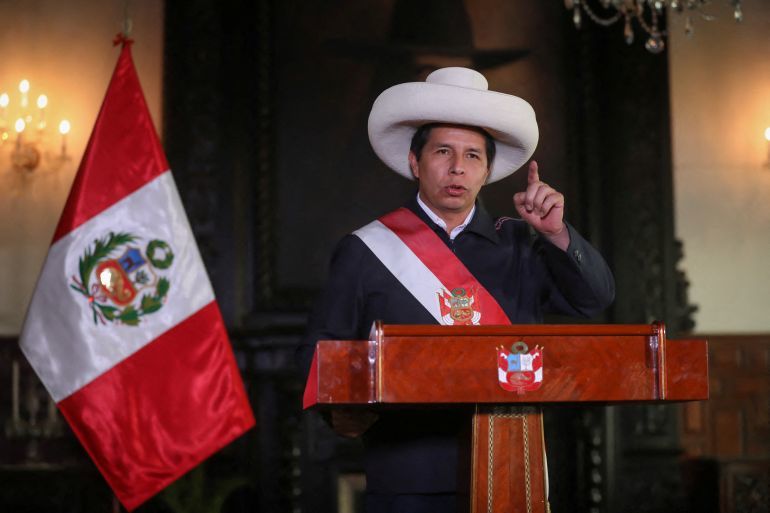 The opposition alleges that Castillo, who denies the accusations, is morally unfit to govern.

“The president must immediately explain to the country his repeated misconduct,” said conservative legislator Jorge Montoya, a retired general.

The opposition also accuses Castillo of “treason” for saying he was open to a referendum on allowing landlocked neighbour Bolivia access to the Pacific Ocean.

In a speech at a public event on Monday, Castillo said he would go to Congress on Tuesday to deliver a message about “what we are doing, and to say what we will do, for this nation”.

Castillo’s supporters say it will be difficult for the opposition to secure the 87 votes needed to remove him from office, with Waldemar Cerron from Castillo’s Free Peru Party saying that Congress was “wasting time” with these debates.

“The treason accusation makes no sense. They are trying to find any way possible to topple the Castillo government,” said political scientist Fernando Tuesta. “They don’t have enough votes to force him out, there aren’t even any street protests demanding that he quit.”

Castillo came to power with the leftist Peru Libre Party after winning the election by a slim margin and has said that those promoting the impeachment are defending the economic interests of Peru’s rich and would be engaging in a coup.

The rural teacher, who won the presidency with the backing of the poor, has lost support rapidly amid scandals and social protests.

He has changed cabinet members faster than any administration in recent history and recently appointed his fourth new cabinet. His previous one lasted just a few days before his then-prime minister resigned over domestic violence allegations.

Peru’s economy grew by 13 percent in 2021 and the local currency has recovered ground after falling to its worst level in October.

Castillo has become more pragmatic, with a market-friendly economy minister, albeit with some conservative ministers on social policy issues.

Peru, the world’s second-largest copper producer, has had five presidents since 2016, including Castillo. In 2018, Pedro Pablo Kuczynski resigned before an impeachment vote he was sure to lose, while Martin Vizcarra was impeached in 2020 in a vote in Parliament.