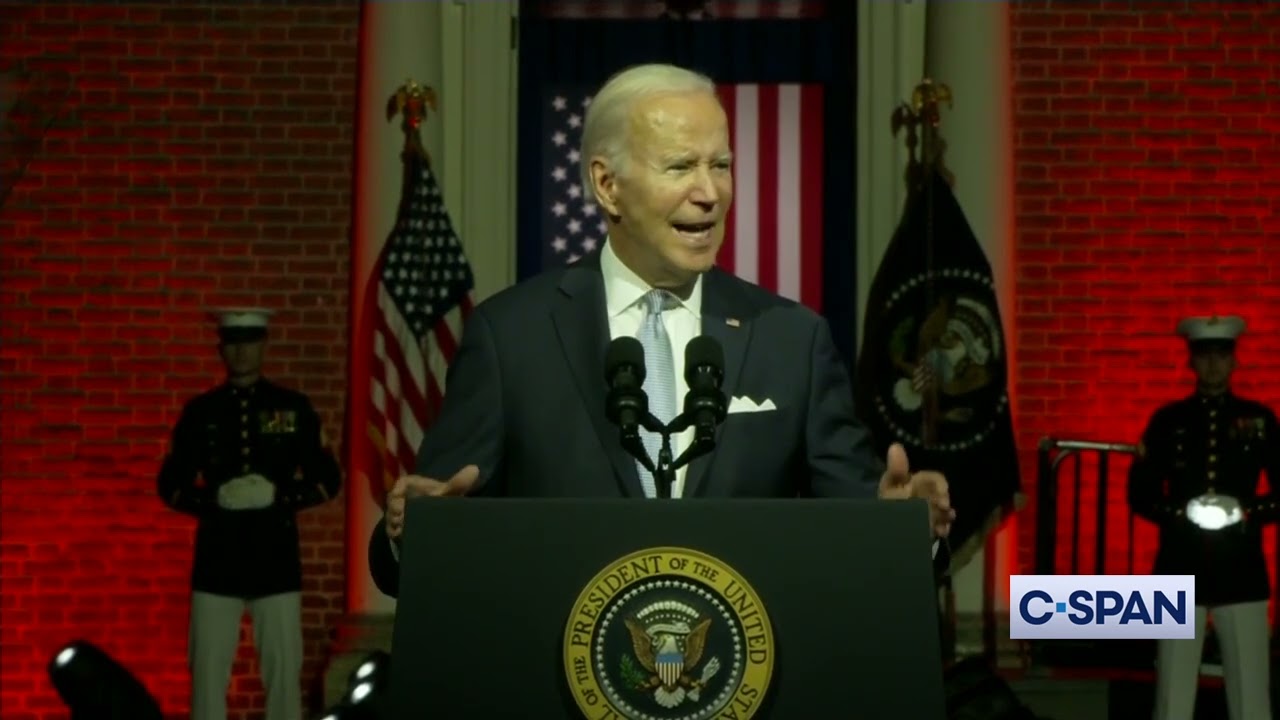 U.S. President Joe Biden's fiery speech aimed at "MAGA Republicans" on Thursday at Philadelphia's Independence Hall will be followed by a Saturday rally in the same state by the original MAGA Republican, Donald Trump.

While Democrats and Republicans are waging fierce fights across the United States ahead of the Nov. 8 midterms, Pennsylvania is getting outsized attention. Up for grabs are 18 House seats, the governor's mansion and a Senate seat, but there's much more at stake, political analysts say.

With fewer than 13 million people, a median household income below the national average, and a voting pool that is more than 80% white vs. 69% nationwide, Pennsylvania is not a standout for its size, wealth or diversity.

But what the state does do reliably, at least over the last four presidential elections, is swing -- from Democrat to Republican and back again, providing a window into the political sentiments of voters capable of being swayed to one side or the other -- particularly the white ones.

Pennsylvania is the "perennial battleground state," said Daniel Hopkins, a professor of political science at the University of Pennsylvania. It's a central place to understand U.S. politics, and particularly the modern Republican party, “because the main currents in the nation are present here,” Hopkins said.

Pennsylvania's Republicans, traditionally more centrist candidates, are now "wrestling with the question of how economically conservative to be and whether to institute false accusations about the integrity of elections,” Hopkins said, just as party members have been nationwide.

Margins in recent presidential elections in the state have been modest, with Biden beating Trump by less than 82,000 votes in 2020 and Trump besting Hillary Clinton by about 44,000 in 2016. But because the state controls 20 of the 270 electoral votes needed to clinch the presidency, it is also a potential king-maker.

Gubernatorial candidate Doug Mastriano, who backs Trump's election lies and has pledged to upend voting practices in the state, could have an especially heavy impact on 2024 elections if he wins in 2022. But his struggling campaign may portend danger for Republicans nationwide.

Trump will rally on Saturday with Mastriano and Senate candidate Mehmet Oz, or what the Save America political action committee calls "the entire Pennsylvania Trump Ticket."

The state was the showpiece for Biden's winning 2020 strategy: chip away at Republican electoral dominance with working-class white union workers in steel and coal country, build solid majorities in the suburbs that ring the cities and drive strong turnout in urban areas like heavily Black Philadelphia.

He held his first rally in Pittsburgh and placed his headquarters in Philadelphia. As president, he's traveled to the state more times than any except his home state of Delaware. Trump's Saturday rally is preceded by Republican headliners Florida governor Ron DeSantis in August and House Minority Leader Kevin McCarthy this week.

The small but meaningful margins won by presidential winners in the state come as Pennsylvania undergoes "a huge reversal regionally,” she said.

Pennsylvania’s suburbs, once reliably Republican, have shifted to Democratic in the past five years, and Rust Belt areas that were historically Democratic strongholds showed some of the greatest support for Trump - mirroring suburbs and rural areas around the country.