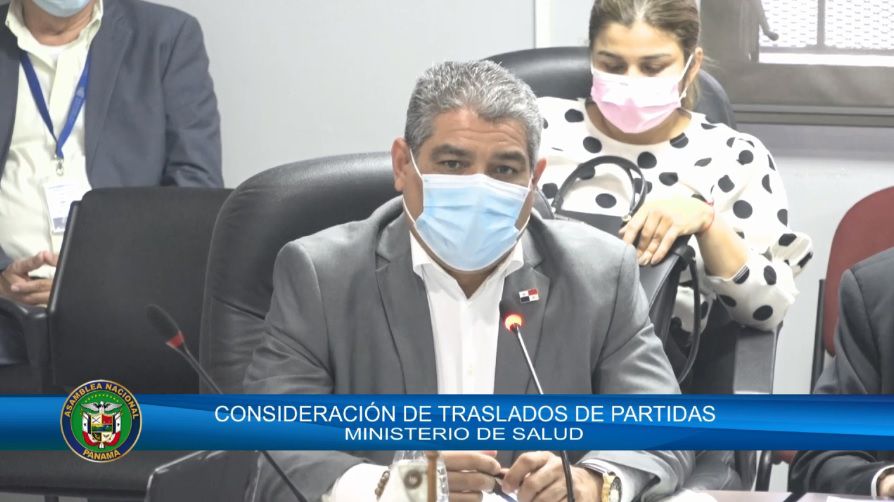 'People seem to not understand the seriousness of the matter,' says Minister Sucre

The Minister of Health, Luis Francisco Sucre , explained this Wednesday, December 2, that they made the decision to extend the curfew and declare a dry law in the province of Panama Oeste due to the increase in "clandestine parties" and unauthorized family gatherings in full pandemic.
He indicated that during the weekends, the authorities arrive at the residences and people allude that they are celebrating in a "family bubble", but with 20 relatives, among uncles, grandparents, cousins.

People seem to not understand the seriousness of the matter, everything is a joke ... Sucre said during a transfer of departure in the Budget Committee of the National Assembly.

The minister indicated that "the big problem is the clandestine parties", which are attended by "small groups".

It has been proven that the greatest cause of contagion is parties and meetings, he said.

These small groups, he added, are the ones who later go to facilities "contaminating" others.

I recommend my daughters to do everything in "auto-mode". Let them think that everything they touch has Covid-19, so that they take biosecurity measures, such as hand washing, he said.

The month of November closed with the highest number of cases detected since the first case of Covid-19 occurred in Panama last March.

In 30 days, 32,208 cases were diagnosed in the country and 237,472 tests were applied. Although it is the largest number of tests performed in a single month, the percentage of positivity has not decreased, with 13.6% in the month of November.

The Minsa announced yesterday that as of December 4, it will apply a curfew in West Panama (Panama Oeste) from 9:00 pm to 5:00 am, and dry law from 7:00 pm to 5:00 am; and stressed that they will eliminate the solidarity bonus for those who violate this provision.
#MINSA  #Sucre  #COVID-19  #Covid

Homer 160 days ago
oh ya, That's for the rest of the world the same.
First lockdowns and measures have not done much and with a summer in most places over the past months this virus laid down for a bit.
Now colder weather is coming up and for a lot of places flu season has started so a raise is not a surprise.
Even though, the people are fed up and don't really care what their government is saying.
Besides this, a lot have woken up and see that it isn't that bad as they want to portray.

Oh ya 161 days ago
It's not they don't understand they are tired of the BS, Mr Minister. Look for the article John Hopkins University posted the other day before someone forced them to take it down about the truth about the number of deaths in the USA the last 3 years. They said the average has not changed
View all comments (2)Add comment