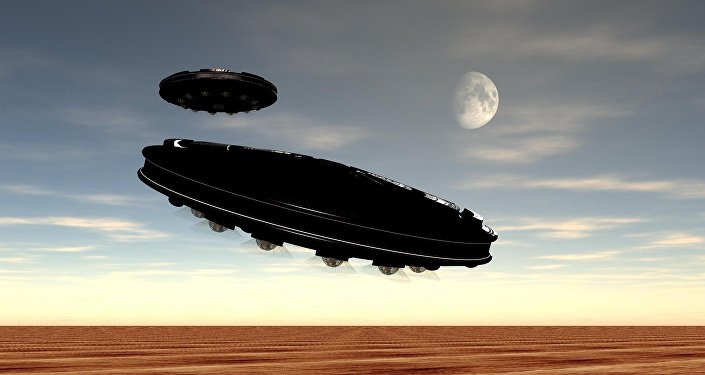 An unclassified version of the Pentagon’s report on Unidentified Aerial Phenomena, or so-called “UFOs”, was released on Friday, revealing that over 140 instances of baffling sightings by military aircraft are shrouded in mystery.

In what has been hailed as a “historic moment”, on 25 June the Office of the Director of National Intelligence published a much-awaited report on Unidentified Aerial Phenomena (UAP) sightings spotted by US Navy pilots over the decades.

The somewhat inconclusive report, however, failed to determine the studied incidents as being of an extraterrestrial nature, with the intelligence officials stopping of denying it, either.

​Aliens have not been found directly responsible for the 140 reported sightings made since 2004. However, the surmise that the craft, displaying baffling technological capabilities, such moving without observable propulsion or accelerating and decelerating at unbelievable speed, might be the work of foreign adversaries has left US security experts deeply troubled.

The Pentagon’s UFO report had been urged by lawmakers, including Senate Intelligence Committee Vice Chair Marco Rubio (R-Fla.), and inserted as a requirement into last year’s intelligence authorisation bill.

Congressional leaders briefed on the intelligence had emphasized the “security threat” potentially implied by the “unexplained aerial phenomena”.

“If there are objects flying over military installations that could pose a security threat … [it] needs to be declassified and revealed to American public… If there’s something out there, let’s seek it out, and it is probably a foreign power,” Democrat Mark Warner, Chairman of the Senate Foreign Relations committee, was cited as saying on Fox 8 television.

Seeking to somehow explain the sightings, the report has stated that most UAPs fall into five possible categories, such as “airborne clutter, natural atmospheric phenomena, USG or US industry developmental programs, foreign adversary systems, and “other””.

The amassed intel concluded that UAP “may pose a challenge to US national security”.

While acknowledging that no evidence was found to link the phenomena to another country, such as Russia or China, the report left the door open on the issue.

If, indeed, some foreign power was behind the aircraft spotted by US pilots and radar, carrying out mindboggling maneuvers, it would have evidenced they had achieved a breathtaking technological leap, Marik Von Rennenkampff, who served as an analyst with the US Department of State’s Bureau of International Security and Nonproliferation, was cited as saying by The Guardian.

However, he deemed that, and the suggestion that US intelligence might have been blind to such advances, as unlikely.

“China has well-documented issues with basic jet engines, they rely on espionage to develop their most advanced weapons systems. So, I struggle with China having developed this,” Von Rennenkampff said.

“Russia has a defense budget that is a fraction of the United States, and much of its military infrastructure is crumbling so I struggle with that too. So if it is China or Russia, then that’s extraordinary.”

However, the expet acknowledged that if there was such a possibility, it would be evidence of a disastrous failure of intelligence collection on the part of the United States. 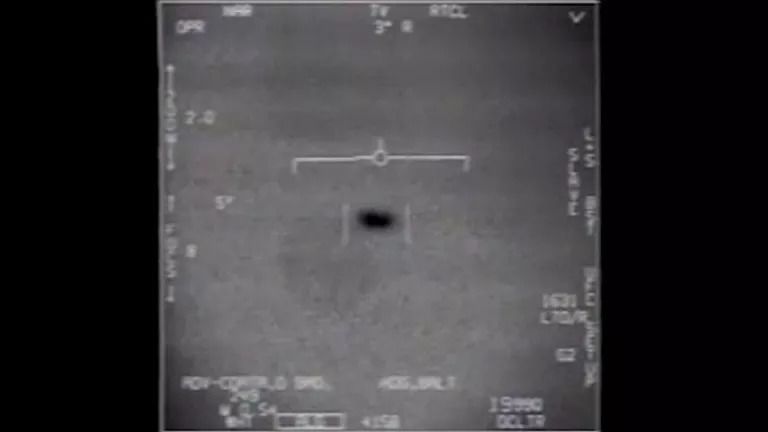 FLIR1 is one of three US military videos of unidentified aerial phenomenon (UAP) that has been through the official declassification review process of the United States government and approved for public release. It is the only official footage captured by a US navy F/A-18 Super Hornet present at the 2004 Nimitz incident off the coast of San Diego

“If a foreign power had technology that could operate that fast, take turns that aerodynamically really shouldn’t be able to happen, that we would see that in operation during a conflict.”

Furthermore, according to Weinstein, a foreign power as testing something so hi-tech would have presumably sought to do this in a protected area of their own country.

Meanwhile, most sightings described in the report happened over US military training and testing grounds.

Weighing in on the possibility that a foreign power had developed unmanned aircraft capable of spoofing US radar into taking credence in the incredible speeds and changes of direction, Thomas Bania, professor of astronomy at Boston University, was quoted as saying:

“Without the range, then one simply cannot tell speed, acceleration, etc. So the interpretation of speeds and turns (ie accelerations) that our US technology cannot match is just bogus. No need for invoking a foreign power with superior – much superior – technology.”