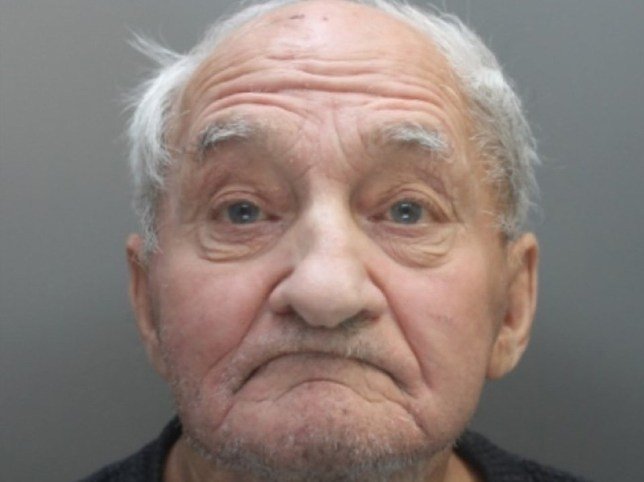 An 83-year-old man who was jailed for repeatedly blaring Classic FM in his home has died while serving his sentence.
Ian Trainer was jailed for 24 weeks in February this year after he was found to have breached a condition of a restraining order.

But he was jailed again after continuing to breach the order when he was released.

The pensioner was given a restraining order in 2019 which prohibited him from playing ‘any audio at a volume above normal talking level’ between the hours of 9am and 10pm.

‘The Prisons and Probation Ombudsman has been informed.’

The spokesman did not confirm the cause of Trainer’s death and said it was a matter for the coroner.

At a hearing in February, Liverpool Magistrates Court heard how Trainer’s neighbour, Thomas Michael Thompson, had experienced ‘noise pollution’ from his neighbour’s property for a number of years.

On December 17, 2019, a police officer attended Trainer’s property in Eton Drive, Aintree, Liverpool, after being called out for a noise complaint by Mr Thompson.

The court heard Trainer told the officer ‘I like playing music at a level I enjoy’ as he was arrested for breaching the restraining order.

The statement, read in court, also reported that Trainer had said he had a bad cold and ‘could only hear in one ear’.

He also told the officer that being on steroids for a medical condition meant he couldn’t wear headphones as they ‘irritated his ears’.

Sentencing Trainer to 24 weeks in prison for breaching the order, the judge told the court he had ‘played music at a level that caused distress’.

Trainer was also ordered to pay court costs of £600 and a further victim surcharge to Mr Thompson of £122.

The pensioner appeared again at Liverpool Crown Court in June via video link from HMP Altcourse, and was remanded in custody.

He faced allegations of breaching the court order again by playing music too loudly.

Trainer pleaded not guilty to the charge, claiming the accusations were ‘malicious lies’.

He also said he had underlying health problems.

It is not clear whether Trainer, who had been before the courts multiple times in recent years relating to noise complaints, had been convicted of the new allegations at the time of his death.

Justice not 138 days ago
The stupid judge who sent this old man to jail for making noise should never go out from his house without a collar, leash and a muzzles. His actions against the public is much worse than a noisy old man. It’s time for the world to lock down all the bad people who follow the bad old British law (jail for being gay but freedom for Diana murderers and tax money for the pedophiles who raped young girls in Jeffery Epstein’s harem). It’s time to upgrade from the British Law -that is designed for lower class subjects- to a modern human laws. Democracy instead of opium and slave traders monarchy.

Shock 138 days ago
With such a “justice” system who need enemies?

Amardeep Singh 139 days ago
Hell upon such mean neighbour's of civil society. Oldages are not secure in first world countries also.
View all comments (4)Add comment